As Jemele Hill returns from suspension, what is she to ESPN and what is ESPN to her?

After a two-week suspension, the SportsCenter anchor is back, but her future at the network is unclear 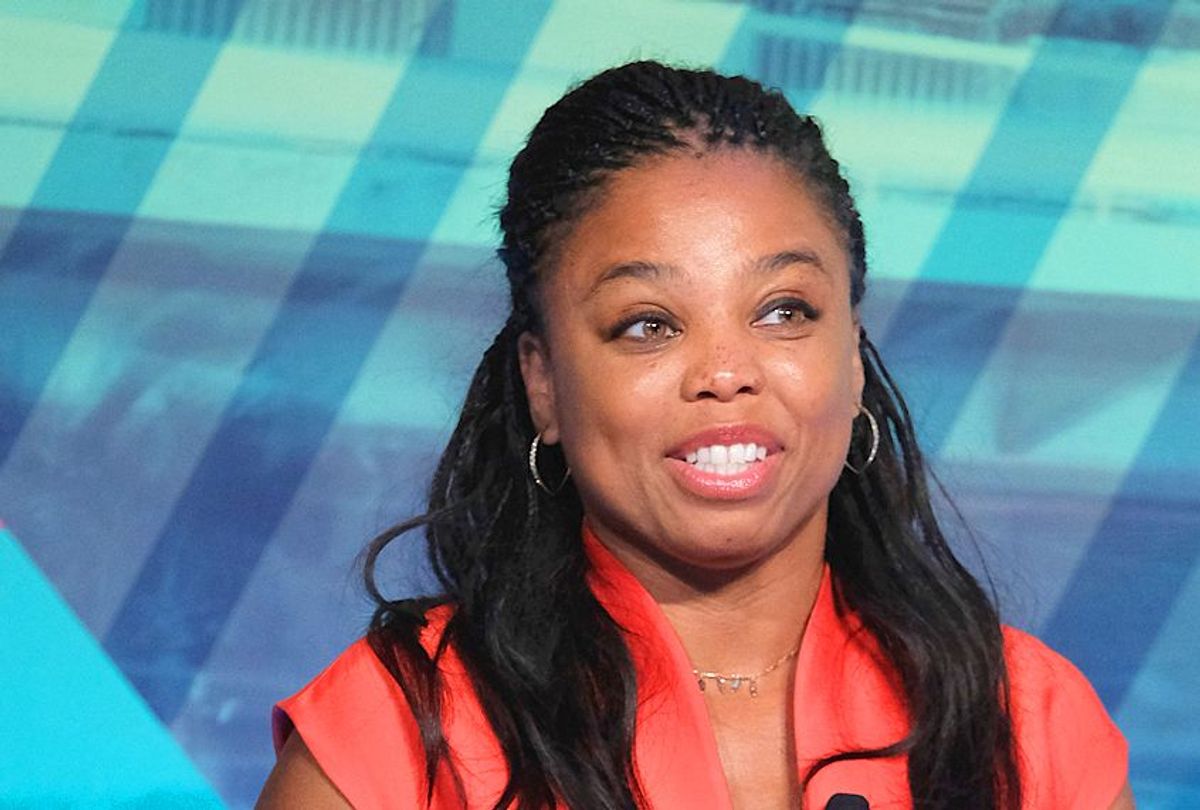 ESPN's Jemele Hill will return to her anchor chair tonight after a two-week suspension for violating the company's social media guidelines for a second time.

In a series of tweets to announce her homecoming, Hill said she has a "few hot takes, to say the least," and thanked her fans for their endless support.

2 — Thank you all for standing with me and by me. Trust me, you did not do so in vain. My heart is full. See you tonight.

Indeed, many did stand with Hill and found themselves outraged at her suspension in the first place.

Nominally, the network punished Hill for a series of tweets in which she broadly suggested that fans and viewers boycott the Cowboys NFL team, its merchandise, its games and its advertising partners. She denies she did this, but the import of her tweets is clear.

In these tweets, Hill was responding to Cowboys owner Jerry Jones' assertion that his players would be benched if they continued to kneel during the pre-game singing of the national anthem in protest of police brutality.

This all came in the context of a much harsher series of tweets by Hill that called President Donald Trump a white supremacist — an action the White House weighed in on. She had been warned that time. She was penalized this time.

Even so, and telling of the nature of corporate media, Hill told TMZ Sports that she understands ESPN's reaction. "I deserved a suspension," she said. "I violated the policy. Going forward we'll be in a good, healthy place." Although, perhaps in acknowledgement of where the suspension stemmed from, Hill told TMZ while she regrets the fire ESPN and SportsCenter came under, she is not walking back on her comments about Donald Trump.

As Hill returns tonight, there's a looming "what's next" between her and the network. During a time when the president uses Twitter like a shotgun and racial dogwhistles as his ammunition, will ESPN hold firm to the line that separates a journalist from an activist? Undoubtedly, the border is now more blurry than ever. Arguably, it's Trump's inflaming rhetoric and dangerous policies that are forcing networks and individual on-air talents to pick a side.

More so, Jemele Hill covers sports, an arena that is increasingly becoming a political and cultural battleground. The agency of players and their right to protest is being contested in the NFL and by many white fans — including the president. Hill's smart, informed, activated voice is vital to that debate, not only as an advocate, but as someone who can speak and broadcast with nuance about a complicated subject.

In this, ESPN needs her at the broadcast desk simply because she's become a necessary voice and an inadvertent part of this debate. Their coverage of that front-page issue would be incomplete without her. It must know that.

It must also know that keeping her around makes advertisers and many ESPN stakeholders itchy. Its why the network, rather ironically, went Jerry Jones on Hill after she spoke out against Jerry Jones.

To its credit, ESPN has somewhat embraced the current dialogue surrounding social justice apparent on social media, among celebrities, in popular culture and even in sports. That's not only good morals, but good business. Yet, while "30 for 30" episodes chronicling Michael Bennett and Martellus Bennett's activism and an entire vertical dedicated to the intersection of race, culture and sports have become part of the ESPN brand of late, when those same topics and opinions creep into SportsCenter — the network's bread and butter — that embrace seems less comfortable, less committed.

ESPN's treatment of Hill is demonstrative of how it see Hill as both a source of attention and a voice it can't afford to loose — but a complication as well. Ideally, ESPN would want her power focused in a manner they can control.

But the reality is that any comfortable middle ground between being a trusted, apolitical voice and being an active advocate is eroding. In a very real sense, staying out of politics is an act of picking sides in and of itself (we see you Megyn Kelly). Yes, Hill is polarizing, but so is every prominent voice right now. More to the point, so is every voice viewers are interested in tuning in to.

Through all this and more, it just doesn't seem feasible for ESPN to continue this wishy-washy-we-don't-want-to-isolate-anyone-attitude for long. Not when Trump has access to Twitter, at least, and where his insulting of black women is constant. Not when every single other notable name also has that same access and now uses it to forward their own agenda.

In this, we may view Hill as stuck in the middle. Really, it's ESPN who's stranded.

"I certainly can’t pretend that racism and white supremacy aren’t real and that marginalized people don’t feel threatened and vulnerable, myself included, on a daily basis," Hill wrote on ESPN's Undefeated, "Yes, my job is to deliver sports commentary and news. But when do my duties to the job end and my rights as a person begin?"

Her question was pointed but also beside the point: She can be both an advocate and a broadcaster. Really, it's ESPN's job to figure out how that works.