Yes, the news is awful. But giving up isn't an option 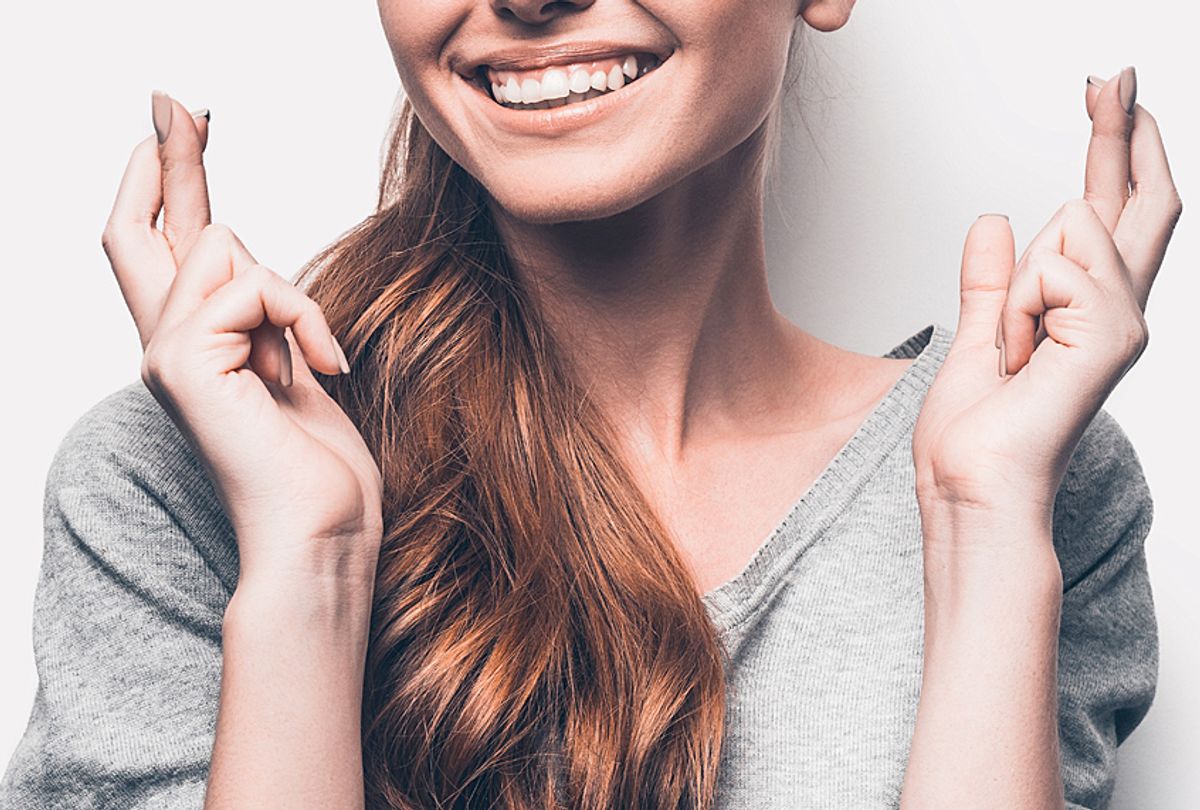 I'm sorry, but I just need to stare lovingly at these photos of Prince Harry and Meghan Markle a little longer. I'm busy planning my Olympic figure skating watching schedule. I'm putting my phone in a different room so I can quietly and peacefully read a book. And then, I promise, I'll get right back to dismantling the patriarchy. Just give me a few minutes here, because being hopeful is exhausting.

I think a lot lately about "Jane the Virgin." Specifically, I think about Alba's advice to Jane after the death of her husband Michael, how she told her, "You're in a long-term relationship with grief. But it has to evolve, and it's okay to keep letting go. You have to." For many of us, the past year has felt like a long-term relationship with grief.

There have been the public tragedies — Manchester and Las Vegas and Charlottesville and Puerto Rico, a seemingly unyielding barrage of threats to civil and reproductive rights, and constant reminders of the ways predatory men in power have done incalculable damage, for starters. There has been the side hustle of activism that so many of us have taken on — calling our representatives, going to community meetings, often resulting in banging our heads against metaphoric walls. And there have been the private disasters — for me, it's been serious health issues for my kids, the unemployment of my spouse and the deaths of two close friends. I managed to kick off and end 2017 in emergency rooms. So yeah, I am here for all of the royal and Kardashian baby news 2018 can possibly serve. My long-term relationship with grief demands it. It's not the new normal, but it's the new abnormal and it's not going away any time soon.

Before Nov. 8, 2016, I considered myself a reasonably resilient, optimistic person. I had endured my share of shocks and tragedies, and still managed to mostly avoid the depression and anxiety that runs rampant in my family tree. Then everything changed. I'm guessing you've been there too. Panic attacks. Insomnia. Forgetfulness, distractedness and difficulty paying attention. And the sadness. Just the terrible, heavy, hard sadness. But human beings aren't meant to maintain a state of heightened adrenaline as a baseline. Survival demands joy, thankfulness and contentment — even if your social media feed and notifications insist entirely otherwise.

There's a wealth of evidence that habits like practicing gratitude and getting sufficient physical activity are essential for mental health, while spending time on social media can increase the risk of depression and anxiety. Yet it's easy to confuse outrage with action, to feel a misguided sense of obligation to bear witness and weigh in on every single crapstorm. So I've started shifting how I curate the information I take in, to balance the horror with hope.

Erin Ruberry's inspiring "In Better News" newsletter is one such source. Ruberry says that after the 2016 election, "I found myself wanting to read as much about the political process as possible. Yet I also needed comfort, so I started seeking out other stories. I decided if I needed that, other people surely must too. . . . It's so easy to whip yourself into fury, but you can't be on the edge all the time. You do need to pay attention to what's going on, but you can't 24 hours a day be having conversations where you're getting more and more outraged. There are good things happening every day in our country and around the world; there are so many Americans out there who are making this world and this country a better place."

"I'm not trying to distract from the news; it's just a different type of news I want to share," Ruberry explains. And she says that her project is as much for her as her subscribers. "I believe in the goodness of my fellow Americans. I have to do my part to bring us all a little closer."

Another guiding light in the dark fog of collective misery in my life lately is Marla Felcher, who runs a weekly "Good News from the Resistance" newsletter. Its motto is "Sign Up. Show Up. Never Give Up."

"I, like everybody else, was completely depressed right after the election and thought, 'Oh my God, we're doomed,'" Felcher recalls. But she adds, "I can only take so much of that. I allowed myself to feel really bad and then I thought, 'What am I going to do to get out of this funk? I woke up one morning and started writing, and realized there was good news out there — you just had to read a lot of really bad news to get it. It made me feel better, and I started getting feedback that it was making other people feel better. It was energizing."

"The 24-hour news cycle tends to be bad news," says Felcher. "What's not becoming news is what's going on behind the scenes in the courts, [like] what's been going on with gerrymandering. Gerrymandering is not that sexy, but it's really important." And she says, "I cannot live my life being depressed about what's going on. I think you have to figure out how to calibrate being hopeful and continuing to fight without being a pollyanna. I think people have found their people and are working together to make change. People have really stepped up."

A colleague astutely observed recently that in many ways it was a lack of adaptability, of willingness to work within change, that fueled the "Make America great again" fury that got us here in the first place. That's why those of us on the more progressive side of the aisle can't get stuck either — whether it's rehashing old internal grudges or scoldingly suggesting that having a moment of diversion is equivalent to "forgetting" the "real issues."

My friend Kaitlin says, "Now I peruse the headlines, click selectively, and avoid the sensational stuff — this has helped my mindset tremendously." She's focusing more now on spending time outside, too. "Even a short ramble, especially when I can get to a vantage point where there is little evidence of humanity, is soothing," she says. I, meanwhile, try to stick to my post-election vow of doing one small thing for my country every day, whether it's calling my reps or volunteering or checking in on a neighbor. I keep my therapy appointments. I get out of the echo chamber as much as possible.

As I round the corner of the first year of this baffling, infuriating period in American history, I find myself improving at adapting. It's clear that I won't be able to endure if I permit myself to forget the joy that I am daily fighting for. I can't spend all my time looking at the people who are working to undermine democracy, or I won't be able to find the ones who are working to strengthen it. I can't let the traumas of the past inform my choices for the present. I can't give defeat to my daughters, and I sure as hell can't ungratefully ignore the kindness and compassion I see in action every single day. This is what you learn when you go through awful things — that you have to have other things too, because those things are all the more precious now. And that, as Erin Ruberry says, "If I don't have hope, I'm giving up. And I refuse to do that."