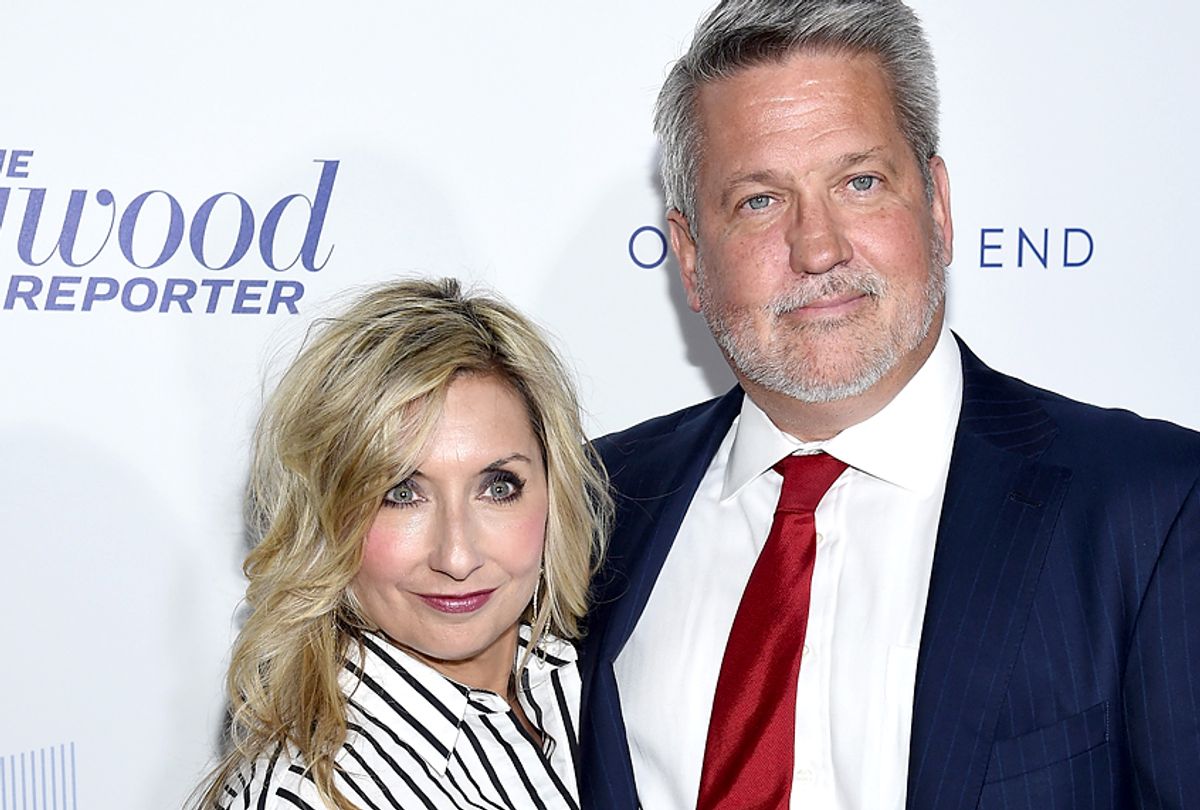 Darla Shine, the wife of newly minted White House communications chief Bill Shine, is again facing backlash for remarks she made on her radio show roughly a decade ago.

In remarks first reported by CNN, Shine called herself "sexist" on a 2009 episode of the "Darla Shine Show" and said that it was "insanity" that women would want to serve on the front lines of combat. She also suggested that women in the military should expect to be sexually harassed.

Her husband, Bill Shine, was ousted from his job as president of Fox News in May 2017 after being named in multiple lawsuits for his handling of the network's mounting sexual harassment scandals. He joined the White House as deputy chief of staff for communications — the administration's sixth in 18 months — earlier this month. The position had been vacant since Hope Hicks' departure in March.

Darla Shine and the disgraced Fox News executive have been recently called out by late Fox News chairman Roger Ailes accusers and former Fox News anchors Gretchen Carlson and Megyn Kelly, suggesting the first public relations challenge Shine may be tasked with squashing is the growing controversy around his own hiring.

Bill Shine, who had a reputation as being the "henchman" of Ailes, could reprise his old job with his new boss. The president himself has been accused of sexual harassment and assault by multiple women and has defended Ailes and former Fox News host Bill O'Reilly amid allegations against them. Just hours after Shine's hiring became official, Trump made a joke about the "Me Too" movement at a rally in Montana.

Inside the White House, Shine's appointment has reportedly been seen as a way to push out Chief of Staff John Kelly.  "They've basically stopped telling Kelly when meetings are. People leave him off the calendar," an administration official told Vanity Fair. "When he finds out, he storms into the room and is like, 'What's going on?'"

A Republican close to the White House told Vanity Fair that Trump hopes Shine's growing role in the administration will encourage Kelly to quit. "Trump is too chickensh*t to fire Kelly himself," the source reportedly said. Vanity Fair also reported that the president was "effusive about Shine's production of the much-hyped prime-time rollout of Supreme Court nominee Brett Kavanaugh on Monday night" to replace the retiring Justice Anthony Kennedy.

"Shine brought in all new lights," a person briefed on the production told the magazine. "He gave Trump what's called a 'downlight.' Trump’s a little fat, but that made him look younger."

The ascent of Shine further highlights Trump's seeming desire to have Fox News take over the White House.

In addition to soliciting advice from Fox News primetime host Sean Hannity, a close friend and adviser to the president, Trump "has also made a point of filling his administration with former Fox News staffers, on-air personalities and executives like Shine," the Daily Beast notes:

Besides his record of hiring former Fox News staffers, Trump has made a point of defending sexual harassment accusers. Earlier this year, when White House Staff Secretary Rob Porter was accused of physical and emotional abuse by several former partners, Trump lamented a perceived lack of "due process." And despite the allegations against Porter, Trump recently told some advisers he hopes Porter returns to work in the West Wing. The president also endorsed the far-right former judge Roy Moore, accused of child molestation, in his bid for a U.S. Senate seat in Alabama.

Check out the major headlines of the day!