Madonna at 60: From Material Girl to Golden Girl, on her own terms

In a career marked by controversy, aging without apology is Madonna's most radical act 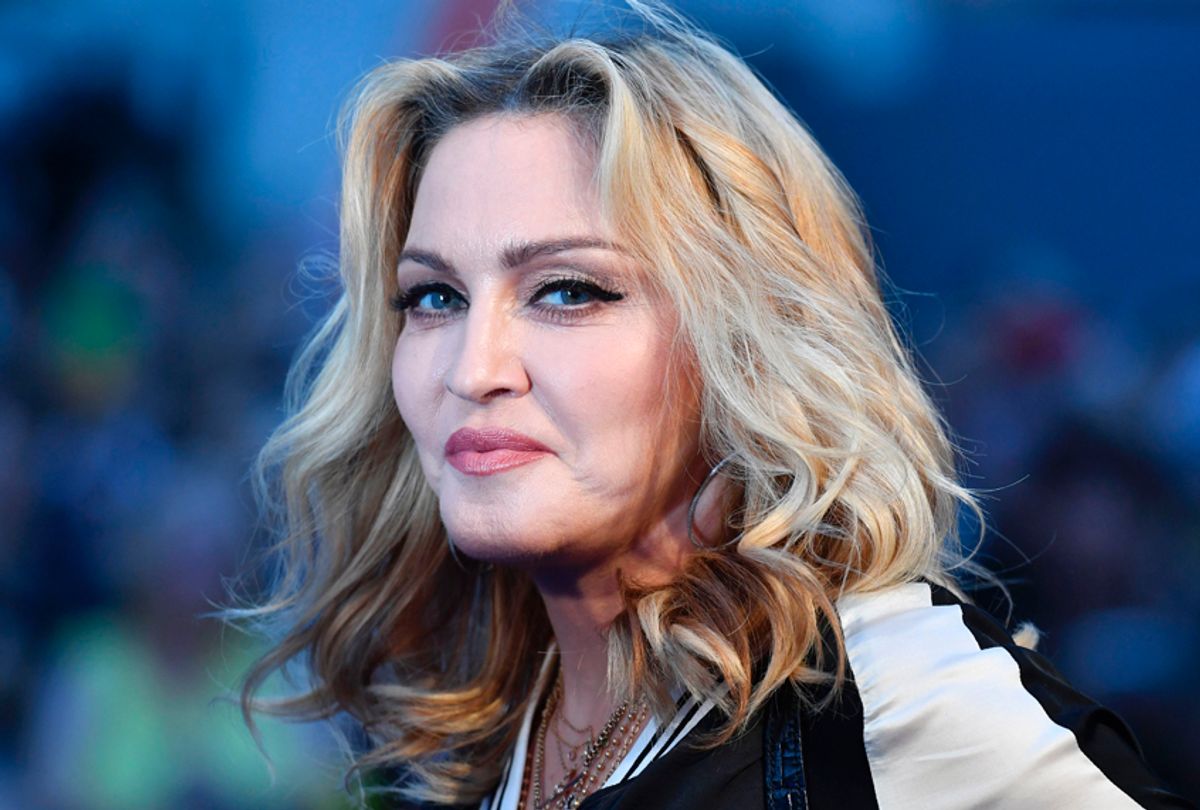 Of all the provocative, shocking things Madonna has done in her career, of all the chameleon-like transformations, her most radical act has simply been aging while being female. As the icon now turns 60 (her birthday is August 16), she's still as polarizing as ever — and as pioneering.

Though I'm a mysticism-obsessed Catholic who falls squarely in the demographic of first generation wannabes, I've never warmed to Madonna as an artist. Not that she needs my support, but I've always found most of her music unmemorable and her rebel act too measured and calculated. (But "Ray of Light" should be on every workout mix.) Yet after spending my entire adult life under the specter of her celebrity, I can also cop to at least three decades of fierce protectiveness about Madonna as well. Because any woman who makes people angry for the way she chooses to use her body, her mouthiness, her sexuality or her age, is a woman I'm going to be rooting for.

If you were not around in the '80s, you might not know that one of the very first things that happened when Madonna got famous was that people called her fat. Writhing around in her videos for "Burning Up," "Lucky Star," "Holiday" and "Borderline," she wore her distinctively early-era baggy, mostly black clothing and flashed peeks of her belly. Much like Janet Jackson, circa "Control" just a few years later, she faced criticism from the brand new video generation for not yet being the sculpted hardbody she would eventually become. And she never forgot that sting. When Madonna thanked MTV on its tenth anniversary, she said, "You believed in me when I was chubby." In 2006, she reflected that had she come along at a later moment in pop history, "I would have been too fat. When I started out, I was kind of [plump]. I would have had to get anorexia. They would have said: 'She is way too chubby.'"

In 1985, her body became the center of attention again, when photographer Martin H. M. Schreiber peddled nude modeling photos he'd shot of the now famous star six years earlier. The pics hit both Penthouse and Playboy — one year after Vanessa Williams had to tearfully step down as Miss America under similar circumstances. But Madonna, riding the peak of her "Like a Virgin" success, waved it away — "I'm not ashamed of anything" — and kept right on working.

That's the thing about Madonna — she keeps going, without shame or apology. She laughed all the way to bank when Pepsi yanked a commercial they'd paid her $5 million for, because of the insane religious controversy around "Like a Prayer." She fellated a water bottle in "Truth or Dare." She released an album called "Erotica" and a book called "Sex." I still think of this mostly as the start of the notorious gold tooth phase, but its defiant pansexuality was ahead of its time. Vanity Fair, meanwhile, called it the latest incarnation of a "onetime pudgy boy-toy."

She had a baby out of wedlock and said she hoped to raise her daughter Lourdes to be "a good Catholic." She then promptly got into Kabbalah. She moved to England, had another kid, affected a much-mocked accent. She kissed Britney and Christina at the 2003 VMAs (worth watching the clip for Justin Timberlake's WTF reaction face).

She went to Malawi and came home with an adopted child, impervious to your scorn and accusations that she'd "bought a baby." She then started a nonprofit called Raising Malawi, adopted three more children and faced charges of being a "bully" in her charitable efforts with the country. And with every passing year, she has faced increasing public discourse regarding the methods in which she chooses to grow older. For her continued audacious talent for pissing people off, I do have to admire her.

Madonna's arch nemesis, 53 year-old Piers Morgan, in particular loves to berate her for aging. When Madonna took a tumble three years ago at the Brit Awards, Morgan gleefully called for an "ambulance for Granny." In 2016, the Independent ran the results of an actual study conducted to determine what millennials think of her, and the verdict was "desperate," "inauthentic" and "embarrassing." And when, several years ago, the un-retouched images of her Dolce and Gabbana campaign were leaked, the press reports excitedly noted that she's "not immune to aging." Well, guess what? No one except Angela Bassett is.

If you're fortunate enough to get to grow older, aging will hit you in ways harder than you'd ever imagined when you were a 21-year-old god. Especially if you're a woman and especially if you have ever been known for your beauty and desirability. The world is not a kind place to females no longer deemed beautiful and desirable. I think all the time about Tina Fey's observation that "The definition of  'crazy' in show business is a woman who keeps talking even after no one wants to f**k her anymore," and about Amy Schumer's follow up "Last F**kable Day" sketch. That's not to say that men are immune; there's not a much more tragic example of the quest for eternal youth than Michael Jackson, who was born two weeks after Madonna. But 69-year-old Billy Joel gets to have viable career longevity without much commentary about how wrinkled his hands are, and 68-year-old Bruce Springsteen can appear on a magazine cover and be deemed "extremely hot." Mick Jagger, in his 70s, is still making babies, which suggests Mick Jagger is still a guy women want to go to bed with.

But Madonna, like legions of other women who've dared to be attractive in public, lives with the impossible bargain of her own past. Image becomes weaponized.

Your can choose to wrinkle, go gray and/or spread out — and face derisive headlines about how you don't look like some forty-year-old photo of yourself. Carrie Fisher, who was two years older than Madonna, spent much of her later life dryly commenting on what it was like to no longer be the princess in a gold bikini so many generations had fallen in love with. "I swear when I was shooting those films," she said, "I never realized I was signing an invisible contract to stay looking the exact same way for the rest of my existence." The 51-year-old Sinead O'Connor has made periodic headlines over the past few years for her mental health struggles — and her inability to remain the striking 23-year-old of the "Nothing Compares 2 U" video. It's a losing game, as Madonna, who is routinely subjected to stories in major news outlets about whether she is "finally feeling her age," knows.

But behind the other door, you can decide to fight with everything you've got to remain eternally slim and smooth. Mocking women over the age of 40 for their plumped lips and Botox frozen faces is a national pastime, with entire cable networks devoted to the sport. Meanwhile, Camille Paglia accuses Madonna of "aging disgracefully" and "having a prolonged midlife crisis" on the same planet where 56-year-old Tom Cruise still stars in mega blockbusters where he jumps off buildings. But okay, Camille. Ideally, it would seem, if women could just not age at all and remain sexually appealing but in a totally natural and unpaid-for way, that would be permissible. Everything else is a moral failing, where you get to be either a narcissist or completely invisible. Because the only thing about a woman that matters is her exterior. Not her achievements. Not her experience. (There is also, for the very advanced level female, the option of ascending to post-human immortal form. See Dolly Parton, Cher and Björk for inspiration.)

And so Madonna, posting underwear-clad selfies on Instagram along with pictures of her kids, interspersing talk of birthday spankings with fundraising for Malawian children, chooses to have it all, apparently unconcerned about what Piers Morgan or Camille Paglia or you and I think. It's her most transgressive, rebellious act, and the one I find most exciting. There's exquisite freedom, a kind that often comes along with the years, in accepting that you're going to be condemned no matter what you do, so you might as well do what you want. "Women, generally, when they reach a certain age, have accepted that they're not allowed to behave a certain way," she has said. "But I don't follow the rules. I never did, and I'm not going to start."

"Women refuse to be pigeonholed because of age"