"I'm glad to be able to provide a very different example of how an empowered Southern woman acts," Brisack says 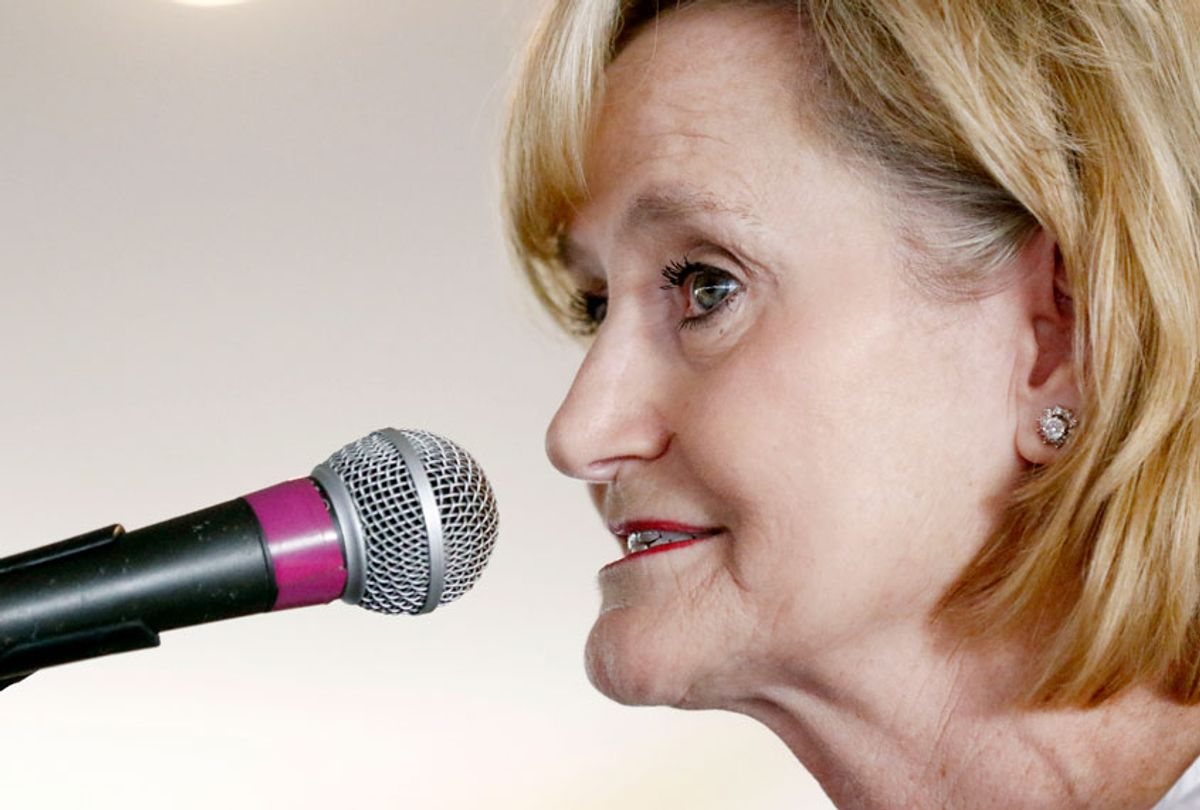 Jaz Brisack, the first female student at the University of Mississippi to receive the prestigious Rhodes scholarship, called Sen. Cindy Hyde-Smith (R-Miss.) a "white supremacist" on Sunday in an interview with The Oxford Eagle.

Brisack, a college senior, told the Eagle that she was "honored to get to be a role model for other Mississippi girls looking for ways to make their voices heard in a state still very much dominated by patriarchal structures."

"Given that our state amplifies the voices of white supremacist women like Cindy Hyde-Smith, who reinforce and uphold misogynist policies, I'm glad to be able to provide a very different example of how an empowered Southern woman acts," Brisack told the newspaper.

Hyde-Smith has come under intense scrutiny in recent days for her past and present controversial actions and comments, many of which have been interpreted by critics and political observers as having a link to Mississippi's long history of racism and slavery.

Hyde-Smith, the first woman to represent Mississippi in either chamber of Congress, attempted to recover from a disastrous stretch of her Senate campaign, which seemed like a sure win for her until she imperiled her own prospects, by "joking" that she would sit "in the front row" at a "public hanging" and after she said voting should be "a little more difficult" for "liberal folks" — remarks she maintains were made in jest and manipulated by her opponents.

Although Hyde-Smith has attempted to push back against the political fallout from her comments, her polling advantage and financial prowess dwindled while Espy's have caught steam. On Sunday, Major League Baseball asked Hyde-Smith to return its $5,000 campaign donation. Other major organizations, including Walmart and AT&T, have made similar requests in recent days after Hyde-Smith's "public hanging" comments went viral.

Still, the embattled Republican's bid for another two years in the Senate hit other hurdles and have cast doubt on her past. On Sunday, it was revealed that Hyde-Smith attended and graduated from a "segregation academy." Last week, photos surfaced of Hyde-Smith sporting Confederate soldier gear. Most recently, it was reported that she co-sponsored a resolution in Mississippi's state Senate in 2007 that praised a Confederate soldier for his efforts to "defend his homeland." She reportedly also pushed a "revisionist view of the Civil War."

While the results of Tuesday's runoff will not shift the balance of power in the Senate, as Republicans will maintain their majority even if Hyde-Smith loses, if Espy were to come out on top, it would limit the GOP's Senate advantage to four seats next year.

Strong Democratic turnout — especially among black voters — and an embattled Republican candidate lifted Jones to a surprise victory in Alabama. Espy could succeed in replicating Jones' efforts in Mississippi, where 35 percent of the electorate is African-American. Still, the chances of a Democratic victory in Mississippi — a state that President Donald Trump won by nearly 18 percentage points in the 2016 election and whose senior senator, Republican Sen. Roger Wicker, was reelected by nearly 20 points earlier this month — remain to be seen. Moreover, Mississippi has not elected a Democrat to the Senate since 1982, and Trump plans to swoop into the state on the eve of the runoff election to boost Hyde-Smith and Republican enthusiasm in Mississippi.