Sen. Dianne Feinstein reveals the Democrat she would back in 2020: "My candidate would be Joe Biden" 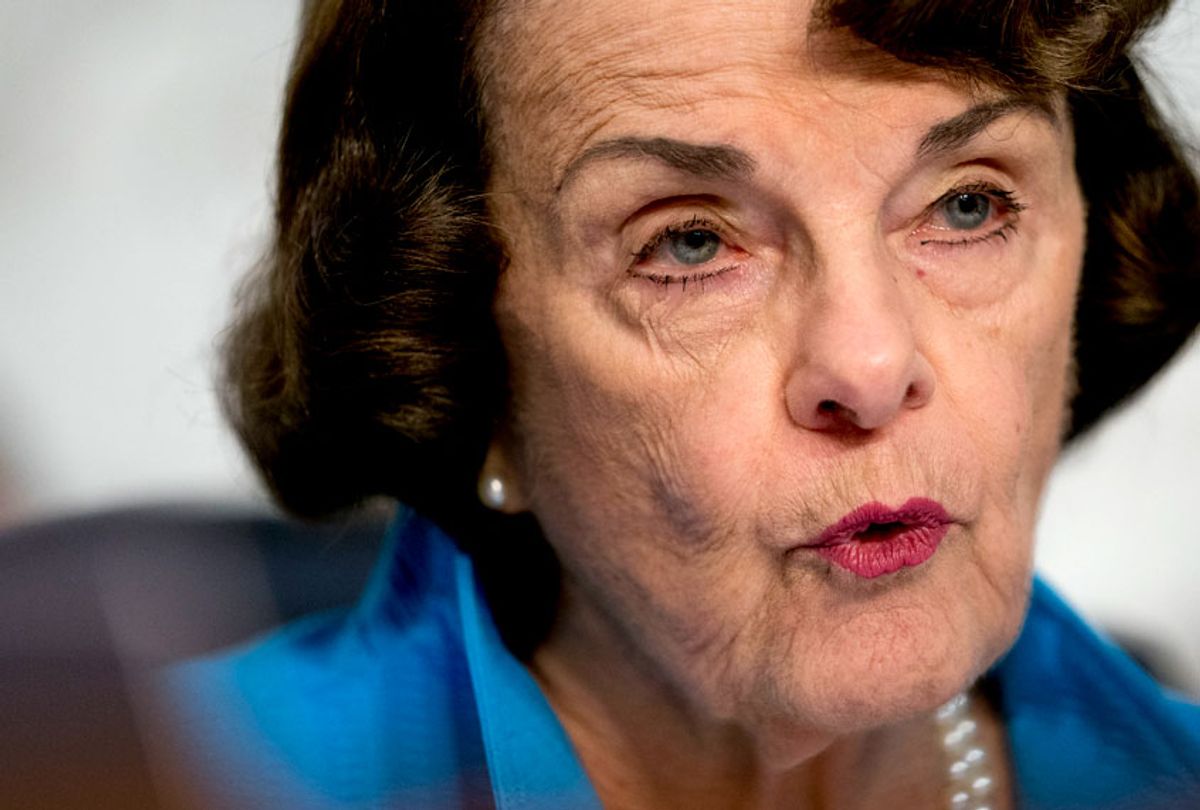 Sen. Dianne Feinstein (D-Calif), has revealed that she would support former Vice President Joe Biden if he decides to toss his hat into the upcoming 2020 presidential race.

"My candidate would be Joe Biden," Feinstein told reporters on Thursday. "I watched him as vice president. I've seen him operate. I've seen him perform. And I think he brings a level of experience and seniority, which I think is really important."

However, CNN reports the senior senator from California has not yet spoken with Biden about the matter. "That's just my view," she added.

The former vice president is just one of many names being floated as a potential challenger to Republican President Donald Trump in what is expected to be a very crowded Democratic field in 2020. And Feinstein could have chosen to support a number of other potential candidates who she works with closely in the upper chamber.

Should Biden decide to run, he would likely face competition for the Democratic nomination from Sens. Cory Booker (D-N.J.), Kamala Harris (D-Calif.), Bernie Sanders (I-VT.) and Elizabeth Warren (D-Mass.). Former Secretary of State John Kerry, an ex-colleague of Feinstein, has also alluded to mounting a presidential bid. Former Rep. Beto O'Rourke, who fell short in his campaign against Republican Ted Cruz in the Texas Senate race during the 2018 midterm election cycle is  and her former colleague, is also garnering serious buzz — and these names are far from the complete list.

Most recently, Warren announced this week that she was establishing a presidential exploratory committee, which allows her to raise money and fill staff positions before a formal kickoff of to a 2020 bid.

Feinstein told CNN that she did not find the timing of Warren's announcement odd. (Warren announced she is a likely contender to rump in 2020 on the last day of 2018.)

"Everybody makes it on a different basis," Feinstein said of the announcement. "There are certainly going to be a lot of other candidates" in the 2020 field.

Biden has previously discussed his Oval Office prospects and asserted his belief that he is the "most qualified person" to serve as the nation's president.

"I think I'm the most qualified person in the country to be president," Biden said to applause at the University of Montana in December. "The issues that we face as a country today are the issues that have been in my wheelhouse, that I've worked on my whole life — the plight of the middle class and foreign policy."

Biden has led some early polls and is considering forging a White House bid after passing on a potential run in 2016. CNN notes Biden fundraised for Feinstein in California in October, though Feinstein was in Washington, D.C. at the time of the event. Feinstein won a fifth six-year term in 2018.