Embattled GOP Rep. Steve King to bring "Diamond," of Diamond & Silk, as guest to State of the Union 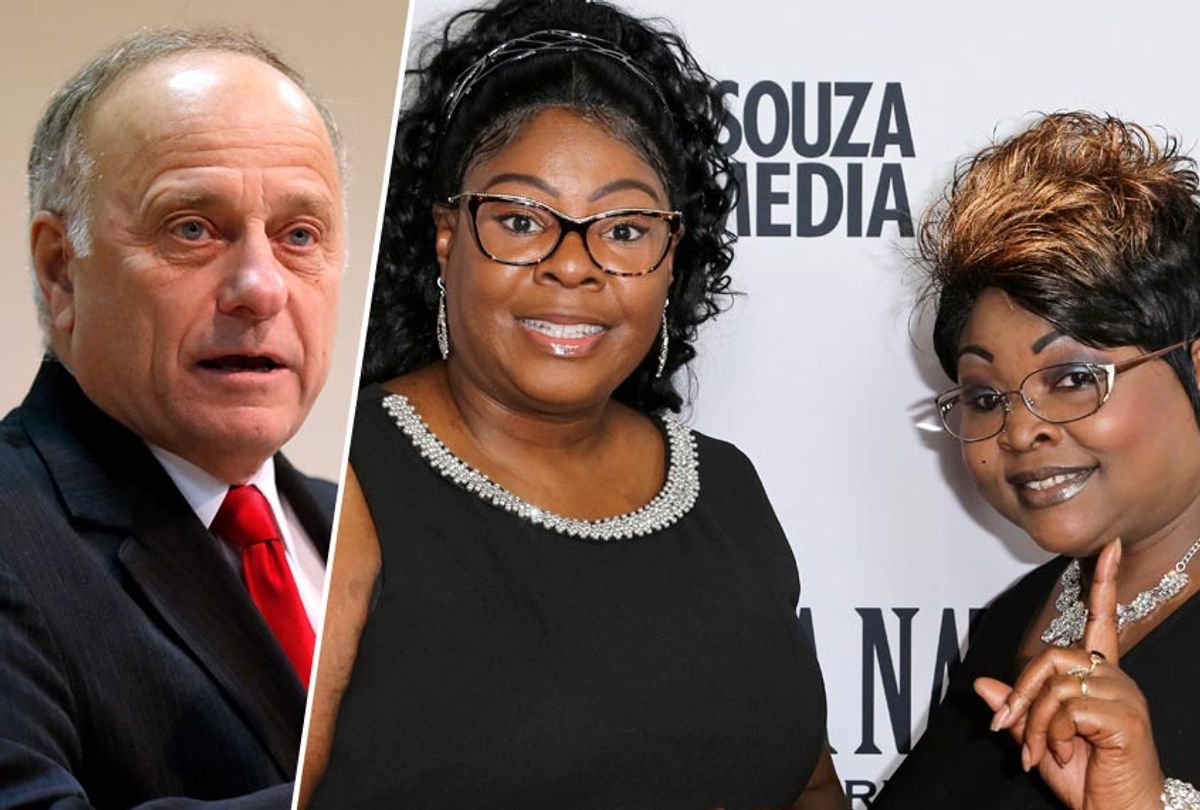 Rep. Steve King (R-Iowa) announced on Twitter that he will bring Diamond, of "Diamond and Silk," as his guest to President Donald Trump's State of the Union address at the Capitol building on Tuesday.

"Having only one ticket, I invited one of two guests for the State of the Union tonight, #sotu Lynette Hardaway & Rochelle Richardson, otherwise know as Diamond & Silk," King wrote on Twitter. "Diamond won the coin toss. Both will be my guest speakers at COS in the morning."

Diamond and Silk, whose real names are Lynette Hardaway and Rochelle Richardson, are a pair of ex-Democrats known for their ardent support of the president, who once praised them as "warriors" to Fox News. The always-coordinated conservative video bloggers and social media personalities recently launched their own commentary show on the network's new streaming service, "Fox Nation." They have previously advocated for a demilitarized zone along the U.S.-Mexico border, claimed that the American media is "the enemy of the people" and infamously accused Facebook, Twitter and Google of censoring their right-leaning web content.

King, the most overtly racist member of Congress, came under intense scrutiny from lawmakers of all political stripes earlier this year for remarks he made in defense of white supremacy in a January New York Times profile. He told the newspaper, "White nationalist, white supremacist, Western civilization — how did that language become offensive? . . . Why did I sit in classes teaching me about the merits of our history and our civilization?" King did not deny making the comments to the Times, although he insisted in a follow-up interview that he rejects both of those mindsets.

After the story was published by the Times, the newspaper said King issued a statement, in which he described himself as a "nationalist" and supporter of "Western civilization's values." However, he added of "white nationalist" and "white supremacy" terminology: "I want to make one thing abundantly clear: I reject those labels and the evil ideology they define."

Despite King's assertion that he rejects white nationalism and white supremacy, his record suggests otherwise. Indeed, King has a long history of making comments that suggest empathy toward white nationalism and other racist points-of-view — but his overt racism has done little to hurt him among the Republican Party establishment. Following his racist remarks, however, the Iowa Republican was stripped of his committee positions. Additionally, during the 2018 midterm election cycle, Sioux City Journal, a major Iowa newspaper, also took the unprecedented step of endorsing King's Democratic challenger, J. D. Scholten, over the incumbent congressman himself because he "holds up this district to ridicule and marginalizes himself within the legislative body he serves, neither of which provides benefit to Iowans who live and work here." His racism also made his 2018 re-election campaign against Scholten much tighter than might have otherwise been expected in a traditionally-red district. Still, he withstood a competitive bid for re-election against Democratic rival J.D. Scholten in Iowa's 4th Congressional District.