California voters are split on whether Sen. Kamala Harris would make a good president in 2020, poll finds 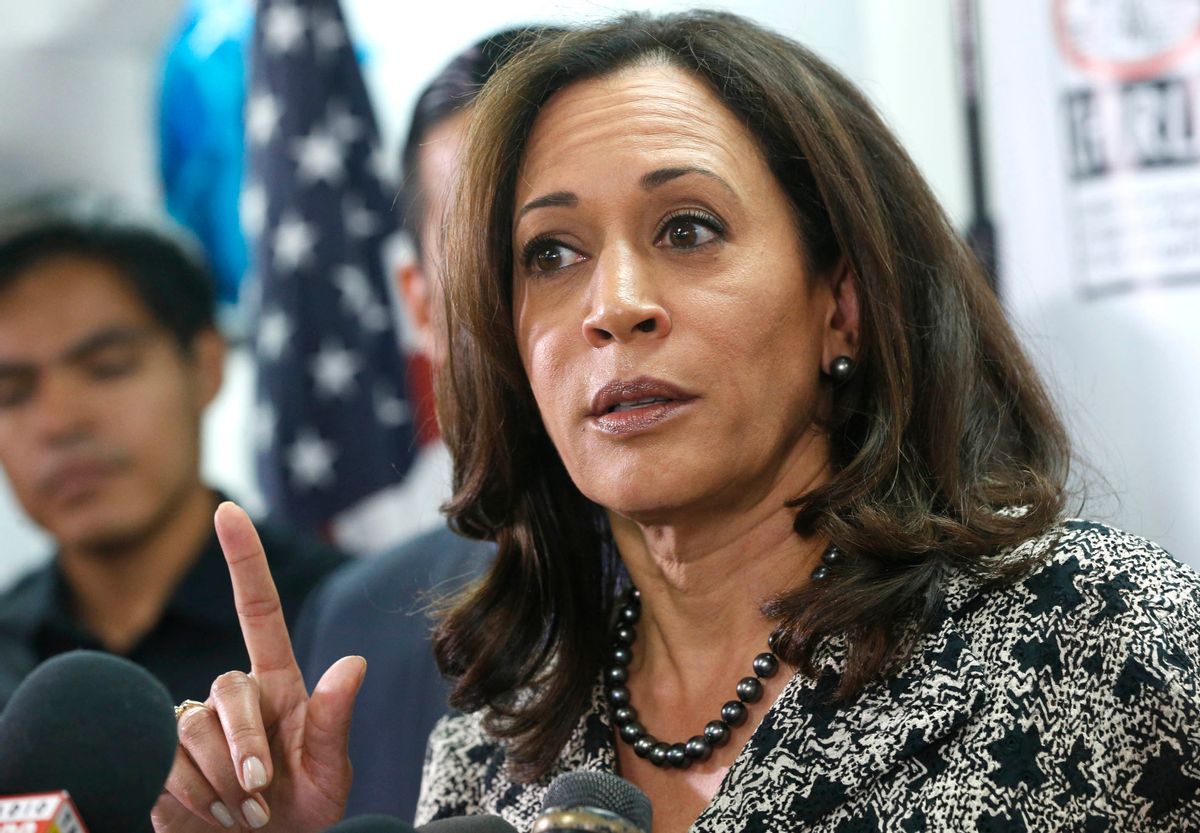 Although Sen. Kamala Harris (D-Calif.) was immediately launched into the rarefied field of frontrunners after she announced her intention to run for president in 2020,  a new poll reveals that voters in her home state are divided on whether she would make a good commander-in-chief.

Forty percent of voters in overwhelmingly Democratic California say the first-term senator would make a good president, while 38 percent say she would not, according to a Quinnipiac University survey released on Wednesday. Additionally, 58 percent of California Democrats and Democratic-leaning voters said they are excited about a Harris run, while a slightly larger percentage of voters — 60 percent — said they would be pumped about a potential presidential run by former Vice President Joe Biden. Following Biden, California voters would be excited about possible runs from Sen. Elizabeth Warren (D-Mass.), followed by Sen. Bernie Sanders (I-Vt.) and then former Rep. Beto O'Rourke (D-Texas). Only 21 percent were excited about a White House bid by Sen. Kirsten Gillibrand (D-N.Y.), the poll revealed.

"The total pool of voters is noticeably ambivalent about whether she has what it takes to be a good president," Tim Malloy, assistant director of the Quinnipiac University Poll, said in a statement, referring to Harris. "It's former Vice President Joe Biden and U.S. Sen. Kamala Harris neck and neck, and everyone else an afterthought in the very early Democratic presidential race."

Biden has not yet announced his intentions for 2020, although he has discussed his Oval Office prospects, asserting his belief that he is the "most qualified person" to serve as the nation's president.

The poll also indicated a gender gap when it comes to voters' confidence in Harris as the next president. According to the survey, 48 percent of female voters in the Golden State believe that Harris would be a good commander-in-chief, while 31 percent said she would not. Meanwhile, 45 percent of male voters in California said Harris would make a good president while 32 said she would not.

The 54-year-old lawmaker made history in 2016 when she became the first biracial woman, the first Indian-American woman and the second black woman to be elected to serve in Congress' upper chamber. She previously served as California's attorney general before her election to the Senate, where she has emerged as a force to be reckoned with. The rising Democratic star drew national attention late last year for the pointed questions she asked Brett Kavanaugh before his confirmation to serve as an associate justice on the U.S. Supreme Court. Notably, the success of women and nonwhite Democrats in the midterm elections could boost Harris' prospects as a candidate who could appeal to female and African-American voters —two voting blocs that are critical to Democrats' path to reclaiming the Oval Office.