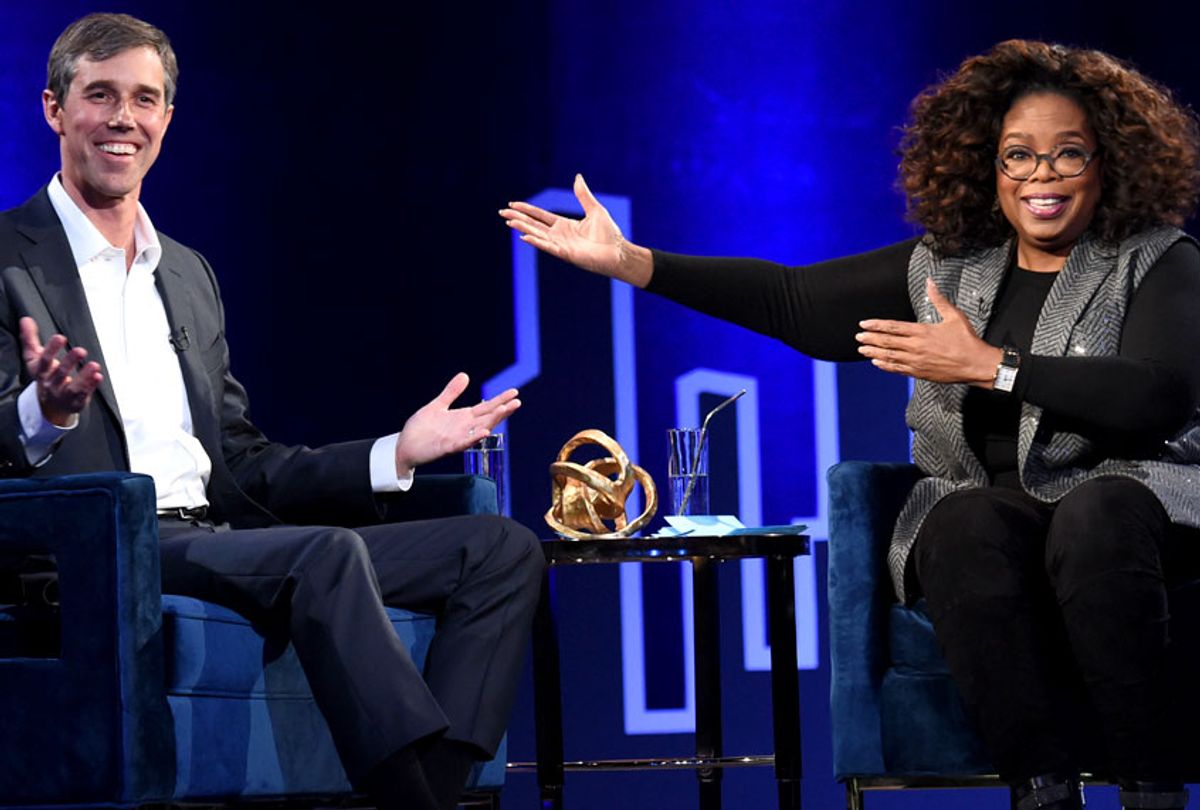 There have been not-so-subtle hints that former Democratic Texas Rep. Beto O'Rourke is becoming more serious by the day about forging a White House bid to challenge President Donald Trump in 2020 — and on Tuesday, he revealed that he would indeed make a decision before the end of February.

O'Rourke fell short in his campaign against Republican Sen. Ted Cruz in the Texas Senate race during the 2018 midterm election cycle but emerged as something of a national phenomenon along the way, drawing comparisons to President Barack Obama for his speaking style and bipartisan message of hope and unity. The former Texas congressman O'Rourke raised a staggering $38 million in the third quarter of his Senate campaign — the most of any Senate candidate in history — and his closer-than-expected performance to Cruz in November, as well as his post-election missives, have fueled interest from Democratic donors and the highest levels of the Democratic Party — including from Obama himself — that the right candidate could turn the reddest states blue.

His latest comments, made Tuesday during an interview with Oprah Winfrey that is slated to air Feb. 16, drew cheers from many in the studio audience, NBC News reported. O'Rourke described to Winfrey how he had spent the months since losing to Cruz, driving alone in his truck through New Mexico, Oklahoma and Kansas, where he had been invited to a dinner by a stranger and his family. (O'Rourke has been keeping a blog on Medium, where he has detailed his experiences on the road.)

O'Rourke's said his trip to Kansas energized him to contribute to the national discourse. He said that he and his wife, Amy, had decided "we want to play as great a role as possible in making sure this country lives up to our expectations, the promise, the potential we all know her to have."

"So are you in limbo right now trying to figure out what to do?" Winfrey asked.

"I've been thinking about running for president," O'Rourke responded, adding that he had given himself a deadline of the end of February to make a decision.

O’Rourke said his main consideration was whether his wife and their three children, who range in ages from 8 to 12 years old, were "all good" with the decision.

The former congressman reportedly projected a positive view of the country, but criticized Trump's push for a border wall as a "racist response to a problem we don’t have." O'Rourke’s home city of El Paso neighbors the U.S.-Mexico border.

Should the former congressman decide to enter the 2020 race, he would likely leapfrog most of the 2020 Democratic contenders, largely because of his wide name recognition among Democrats and his extensive fundraising network. To lure O'Rourke to campaign for the White House, a group of Democratic political operatives have launched "Draft Beto," an ambitious grassroots movement that has a goal of raising $1 million for a future Oval Office bid and building a donor email list that could eventually be transferred to the former congressman — if he throws his hat in the ring.

While O'Rourke has previously signaled he is mulling a presidential bid, he has been keeping a low public profile since the midterm elections, even as other Democrats announce their candidacies. O'Rourke's near-silence, in turn, had swirled speculation that his interest in a possible presidential bid might have dimmed. If he runs, however, O'Rourke would likely face competition for the Democratic nomination from what is expected to be a very crowded Democratic field that already includes California Sen. Kamala Harris, Hawaii Rep. Tulsi Gabbard and former secretary of Housing and Urban Development Julián Castro, another Texan. In addition, Sens. Cory Booker (D-N.J.), Bernie Sanders (I-VT.) Kirsten Gillibrand (D-N.Y.) and Elizabeth Warren (D-Mass.) have noted their Oval Office ambitions — and these names are far from the complete list.