Can the Grammys bounce back from disaster? 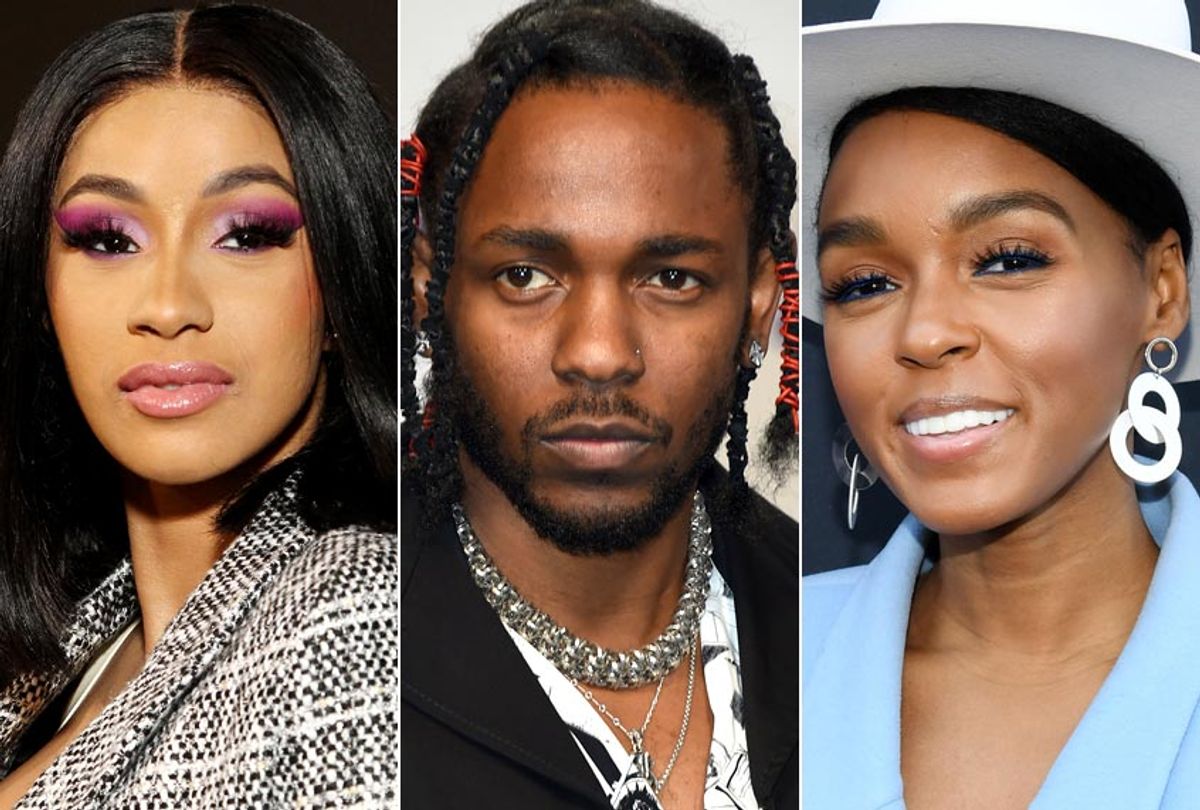 The 61st Grammys air the evening of Sunday, Feb. 10 and there's much to look forward to: For the second year in a row, hip-hop and R&B artists dominate the Recording Academy’s top four general field categories — Record of the Year, Album of the Year, Song of the Year, Best New Artist — as do women and artists of color in general.

But like most major award shows, the authority of the Grammys has been in question in recent years, as the Recording Academy has stumbled disastrously over matters related to diversity and representation. The institution has been forced to confront its overwhelmingly white and male past, if it hopes to stay relevant as a benchmark of musical excellence moving forward. What transpires at this year's ceremony will be telling of whether or not progress is actually happening.

Last year's Grammys was marred by controversy regarding gender representation, starting with the nominations and then escalating before, during, and after the ceremony. When it came to Album of the Year, Lorde faced an otherwise all-male slate of competitors and was the only nominee not offered a solo performance slot. During the ceremony, just one woman, singer/songwriter Alessia Cara, who took home the Best New Artist statue, received a major televised award. After the show, Recording Academy President Neil Portnow told reporters backstage that if women wanted to win more Grammys, they needed to "step up," sparking the backlash hashtag #GrammysSoMale.

Last year's male-dominated Grammys show took place at the height of the mainstreaming of the #MeToo movement, too — a reckoning that the music industry has been noticeably reluctant to embrace, even as it has made significant waves in Hollywood.

The Grammys have also long fumbled on race and have had a contentious relationship with the hip hop community, attempting to use rap performances to attract more viewers yet often failing to nominate those same artists in major categories, let alone award them. Only two hip hop albums have ever won Album of the Year: Lauryn Hill's "Miseducation of Lauryn Hill" in 1999 (which was actually categorized by the Recording Academy as an R&B album) and OutKast's "Speakerboxx/The Love Below" in 2004.

Given the male-dominated display last year, as well as the report which found that of the 899 people nominated in the last six Grammy Awards, just nine percent were women, the Recording Academy has had much work to do to repair trust with musicians and their fans.

However, Portnow will step down later this year. The Recording Academy has tapped Alicia Keys to host the 61st awards, making her the first woman to helm the show in more than a decade. And as of press time a rich roster of women is slated to perform.

"After last year, I think this year they were like, 'Okay, we gotta make this very inclusive of women. We're gonna get Alicia Keys to host. We're gonna make sure that women are included,'" Angela Yee, radio host of Power 105.1's "The Breakfast Club" told me on "Salon Talks." "And you can see the results of them actually going out and actively trying to make sure that women participate more in the process too."

The Grammys also launched a task force on diversity and inclusion, registered new voters and expanded categories from a top five to a top eight, which means more artists are included than ever before. Much of the results were surprisingly on point, too. Drake and Kendrick Lamar lead with nominations, but close behind are R&B newcomer H.E.R., Janelle Monae, Childish Gambino, and rapper Cardi B. Taylor Swift, a controversial Grammys favorite, was left off the general field categories.

Yet, while extending the nominees results in wider critical representation, it also means it's never been harder to win, and the wider inclusion could end up being mostly a cosmetic gesture if the Academy continues to reward the usual Grammys darlings. It's been a frustrating dynamic in the past — Jay-Z was the most nominated artist last year and didn't take home a single statue.

It remains to be seen if the hip hop competition ends up actually giving Lady Gaga and Bradley Cooper an edge up for Record of the Year with "Shallow," as voters who love rap may be split across other nominees: Cardi B, Drake, Kendrick Lamar & SZA, Childish Gambino, and Post Malone & 21 Savage.

The Best Rap Album category, however, is one of the most interesting and competitive. Cardi B's "Invasion of Privacy" faces off against Pusha T's "Daytona," Nipsey Hussle's "Victory Lap," Travis Scott's "Astroworld," and the late Mac Miller's "Swimming." Shortly after his album released in August, the rapper passed away. But the mix of artists — Cardi B and Travis Scott, who are commercially successful, and Nipsey Hussle and Mac Miller, who are more underground, with Pusha T, who straddles both worlds, demonstrates a nuanced understanding of the depth of hip-hop and a recognition of some of the community's most-celebrated and talented artists.

The fate of Kendrick Lamar will also be watched closely. He was the executive producer of the "Black Panther" soundtrack and is heavily featured on it. That's up for Album of the Year, and the single "All the Stars," from Lamar and fellow label mate SZA, is nominated for Record of the Year and Song of the Year. While Lamar often cleans up in the rap categories, he's lost the coveted Album of the Year award three times for his solo albums.

According to Yee, a lot is riding on this year's Grammys presentation. In 2017, Drake skipped the ceremony, despite being nominated for eight awards, saying he felt "almost alienated" by the Academy, and the next year, he declined to submit his project "More Life."

Frank Ocean wrote a Tumblr post directed at Grammy awards producers in 2017, explaining why he chose not to submit his music and deriding the institution for awarding Taylor Swift's "1989" for Album of the Year over Kendrick Lamar's "To Pimp A Butterfly." "Hands down one of the most 'faulty’ TV moments I’ve seen. Believe the people. Believe the ones who’d rather watch select performances from your program on YouTube the day after because your show puts them to sleep," he wrote. "And if you’re up for a discussion about the cultural bias and general nerve damage the show you produce suffers from then I’m all for it."

The rise in publicly expressed antipathy toward Grammys from some of popular music's greatest artists tracks with the show's declining viewership, with last year's marking a nine-year low.

Despite this year's push to honor women, Ariana Grande, who is featured in the awards show promotion, has decided not to perform or attend the ceremony and called out the Grammys producers for trying to spin in their favor what she said was a stifling of her "creativity & self expression."

To make matters worse, according to a New York Times report, Drake, Kendrick Lamar and Childish Gambino were all offered performance slots and declined. So it's clear that for some, the Grammys' fraught history of marginalization and outright neglect of hip hop, R&B, artists of color, and women, while simultaneously over-celebrating white men, has reached a breaking point that can't be corrected.

But to Yee, ultimately, it will come down who is awarded this year. "I think anything can be repaired," she said of the Grammys trust. "And clearly they're making this huge effort. But you know what's gonna matter is who is gonna walk away with these awards."