Recent polls suggested Sanders is the top choice for the Democratic nomination, but his popularity has plummeted 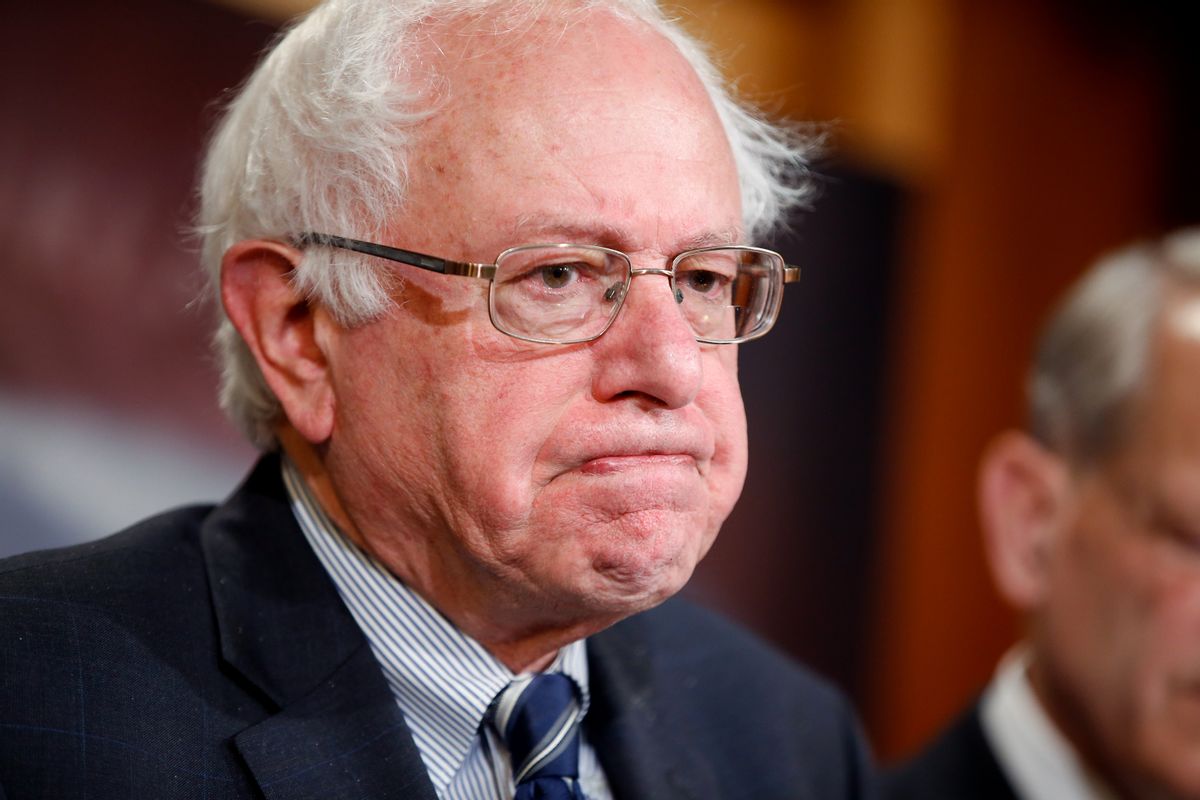 Senator Bernie Sanders of Vermont, who is running for his second bid for the Democratic presidential nomination in 2020, became less popular among American voters in the last few months, according to the results of a new CNN poll.

Although recent polls suggested Sanders is the leading choice for the Democratic nomination among the general electorate, CNN reveals the Vermont independent's favorability rating among registered voters is split 46 percent favorable to 45 percent unfavorable, putting Sanders at a net of just +1 points. The news outlet noted that, on average, the presidential hopeful's net favorability has been about -1 points.

Sanders even managed to maintain much of his popularity through last year. He had a net favorability of +13 points among all voters, according to a Dec. 2018 CNN poll, while a Sept. 2018 Gallup poll showed the Vermont independent had a +15 net favorability rating among all adults.

CNN's polling analyst Harry Enten suggested why Sanders popularity among all voters appears to be declining.

"I'd argue that Sanders was benefiting from not being in a competitive campaign . . . When you're not being thought of a viable threat to win a party's nomination, opponents tend to lay off," Enten explained. "The last time Sanders was thought of as at least a minor threat to win the Democratic nomination was in March 2016. His net favorability rating back then among all voters was +3 points in a CNN poll."

Enten added that the results of the latest survey do not spell doom for Sanders, pointing out that his net favorability rating is "about the same level as the other people who have declared their candidacy for the Democratic nomination."

"Most of these other candidates, however, are relatively unknown," Enten noted. "At least at this point, it's not the case that Sanders is less electable than the average Democrat. It's just that he cannot make the case that he is more electable based on national polling."

Sanders will also have to convince voters he is the best candidate to take on President Donald Trump in the general election. According to the CNN poll, just 30 percent of Democratic voters believe the party has the best chance of denying Trump a second term with Sanders as the nominee. The majority, 59 percent of Democratic voters, think the party would have a better shot at reclaiming the presidency with another candidate.

He is likely to face competition for the Democratic nomination from what is expected to be a very crowded Democratic field that already includes Sens. Cory Booker of New Jersey, Kirsten Gillibrand of New York, Kamala Harris of California, Amy Klobuchar of Minnesota, and Elizabeth Warren of Massachusetts; Reps. Tulsi Gabbard of Hawaii and John Delaney of Maryland; former Rep. Beto O'Rourke of Texas; former secretary of Housing and Urban Development Julián Castro; former Gov. John Hickenlooper of Colorado; Gov. Jay Inslee of Washington; South Bend Mayor Pete Buttigieg; entrepreneur Andrew Yang — and these names are far from the complete list of likely candidates.