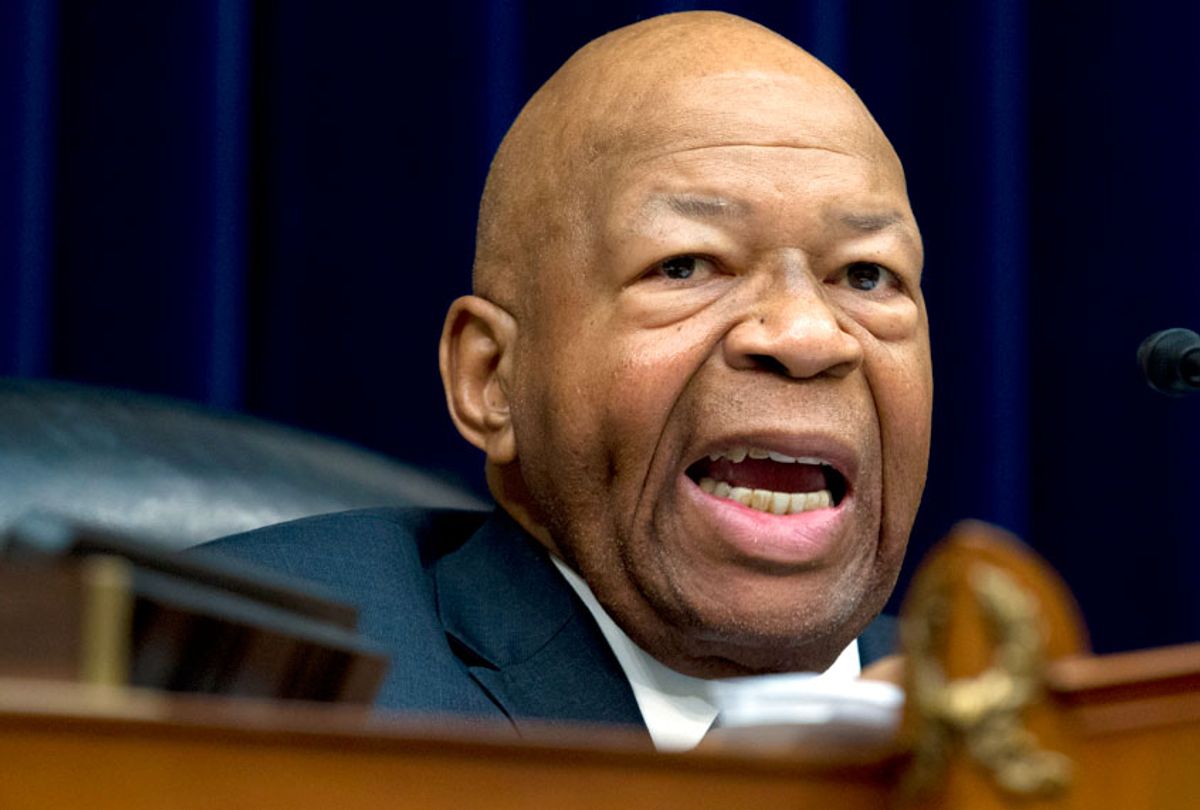 Rep. Elijah Cummings, the chairman of the House Oversight and Government Reform Committee, is giving the White House a final chance to "voluntarily" cooperate with his investigation into the use of private email and messaging accounts by Jared Kushner, Ivanka Trump and other White House officials before turning to "alternative means" to obtain the information.

In a letter sent Thursday to White House counsel Pat Cipollone, Cummings accused the White House of "obstructing" his committee's investigation into allegations of violations of federal record laws. The Oversight panel, Cummings said, is interested in probing an admission by Kushner's attorney, Abbe Lowell, that the president's son-in-law and senior adviser "has been using the messaging application WhatsApp as part of his official White House duties to communicate with foreign leaders." It is unclear whether Kushner's communications included classified information, which Cummings noted would be a "major security breach." Cummings asked Cipollone to confirm by March 28 whether the White House intends to comply voluntarily with its investigation and subsequent document requests.

Additionally, it was revealed late last year that the president's daughter and senior adviser Ivanka Trump used a private email account to send hundreds of emails to Cabinet officials, White House aides and personal assistants throughout much of 2017. Many of the emails were allegedly sent in violation of federal records rules, which requires that certain types of emails be sent through government servers for record-keeping purposes.

The Presidential Records Act prohibits senior White House officials from creating or sending a record "using a non-official electronic message account." Cummings noted that in Oct. 2017, White House lawyers briefed committee staff and "confessed" that several White House employees had failed to forward official records from their personal email accounts to their government accounts within 20 days, although they refused to identify the staffers.

The president repeatedly denounced Clinton's use of a personal email and a private email server throughout the 2016 presidential campaign, famously inciting his supporters to chant, "Lock her up!" — a call to send his Democratic challenger to prison over her own email scandal. And three years later, his supporters continue to chant "Lock her up!" at his events and campaign rallies.

The FBI investigated Clinton for her use of a personal email account and a private email server while serving as secretary of state, although the bureau ultimately found no basis for charging her. The State Department also investigated Clinton's actions and found they had violated the agency's rules.

Thursday's request for information is part of an initial strategy by Cummings and House Democrats to launch wide-ranging investigations into the president and his administration. While Congress has broad authority to conduct oversight and investigations, the majority party in the House of Representatives controls almost all of the subpoena power and other investigative measures. Democrats seized oversight and investigative powers when they captured the lower chamber in November during the 2018 midterm election cycle.

In his letter, Cummings pointed out that the White House failed to produce most of the documents requested by the Oversight panel about the use of personal email and messaging accounts by White House officials, as well as records related to other investigations about the administration's immigration policy at the U.S.-Mexico border and hush-money payments made to women alleging extramarital affairs with Trump during the 2016 presidential campaign in exchange for their silence.

Cummings said the deadline for the document requests is April 4.