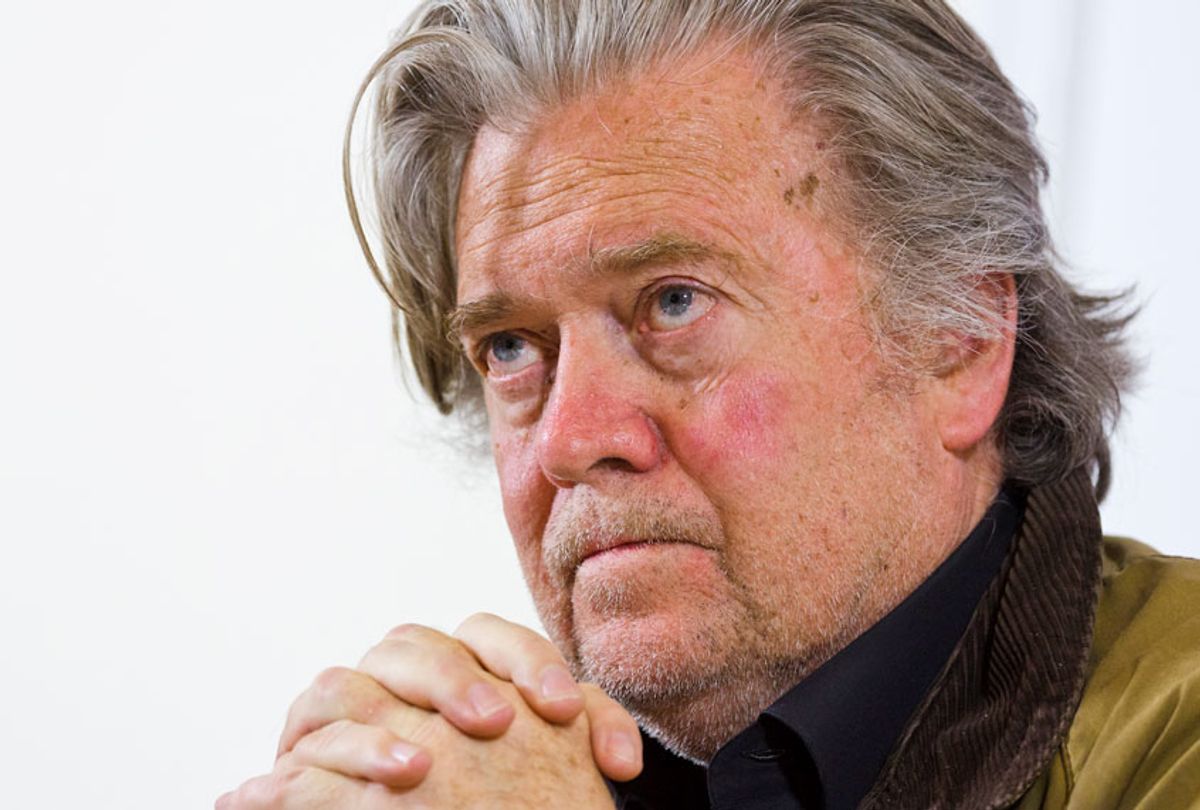 Former White House chief strategist Steve Bannon on Friday said Sen. Kamala Harris of California and former Rep. Beto O'Rourke of Texas have the best chance of blocking President Donald Trump from a second term if they run on a combined ticket during the 2020 election.

Out of the crowded Democratic presidential field that includes many high-profile candidates, Bannon said Harris and O'Rourke were best positioned to prevent Trump from cruising to reelection. He believes Harris should run for president with O'Rourke as her vice president. Still, he said he does not expect Trump to lose in 2020.

"I think the best they're going to have — and I don't think these people will defeat him — I think a combination of [Kamala] Harris for president and Beto O'Rourke for VP is a way to mobilize their base and give it the best shot," Bannon said during an interview on CNBC's "Squawk Box."

Former Vice President Joe Biden is also contemplating throwing his hat into the presidential ring. He leads recent polls of the 2020 Democratic primary, despite not having officially jumped into the race, and appears to be the Democrats' clear frontrunner. There is speculation Biden is close to entering the crowded Democratic field.

Bannon on Friday suggested that if the Democrats do not have a candidate that has "broken out of the pack and looks like they can pull and take on Trump one-on-one" by fall of 2019 — the run-up to the Democratic Party's primary or caucus contests in the early nominating states of Iowa, South Carolina and New Hampshire — they may have to bring in the president's former Democratic rival: Hillary Clinton.

"People should not count her out," he said. "She's going to be sitting in the bullpen waiting for the call."

Bannon claimed Trump has already "blown up" Democratic presidential candidates, such as Warren. The president has repeatedly taken aim at the Massachusetts Democrat, frequently invoking the racial slur "Pocahontas" to mock her after she described herself as a Native American. Warren has faced strong criticism for her claims of Native American ancestry.

"Today Elizabeth Warren, sometimes referred to by me as Pocahontas, joined the race for President," Trump wrote on Twitter last month after Warren launched her presidential campaign. "Will she run as our first Native American presidential candidate, or has she decided that after 32 years, this is not playing so well anymore? See you on the campaign TRAIL, Liz!"

Bannon on Friday said Warren has "some of the most well-formed policy positions, particularly in comparison to some of the other candidates on the left" but noted Trump has "basically blown her up already."

"She's in single digits, and I don't think she'll break out, and that's because Trump gets a vote in the Democratic primary. That's unlike any time in American history. He is going to get a vote on who his opponent is going to be," Bannon continued.

"This is going to be very, very very tough" for Democrats, Bannon said.