Let us praise Claire, the true hero of "Fleabag"

An Emmy would almost be an insufficient recognition of the character and Sian Clifford, the woman who played her 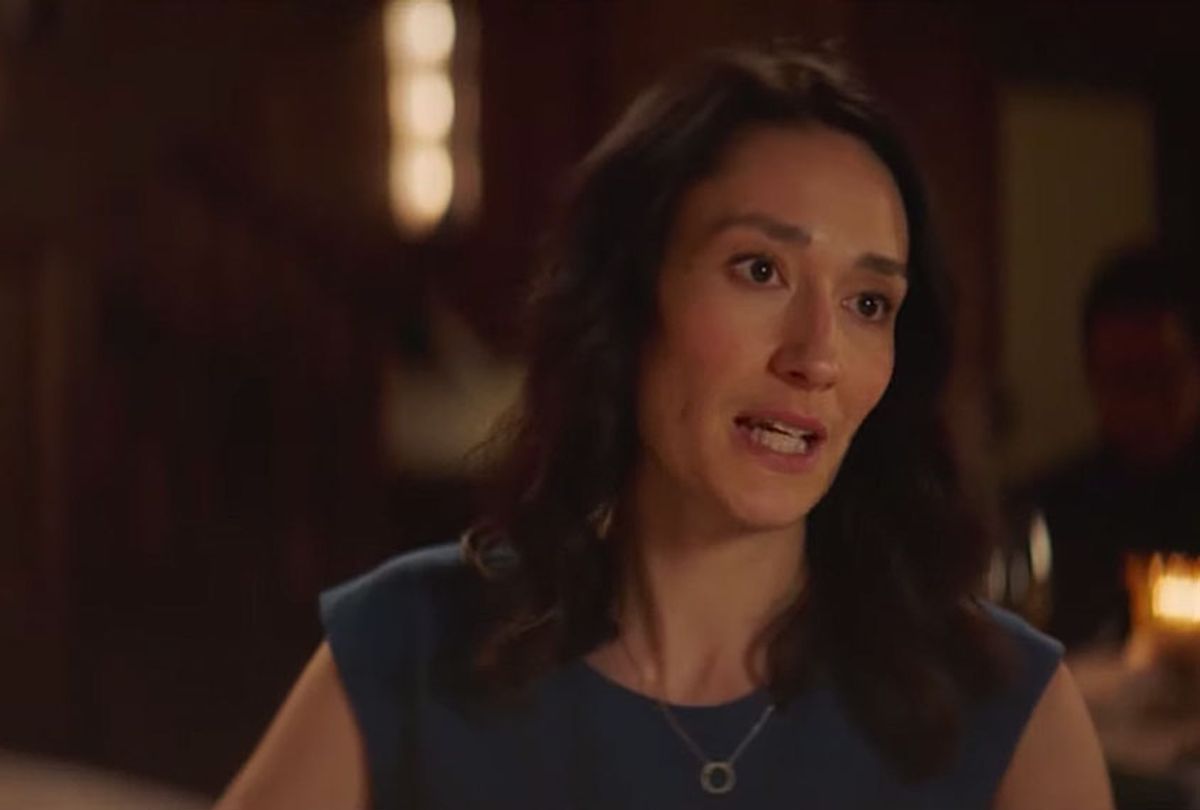 I confess I was a latecomer to the cult of Claire. In the first season of “Fleabag,” I saw Claire merely as she was described first by the heroine, her "super high-powered, perfect, anorexic, rich super sister.” Today, though, I want an Emmy for Sian Clifford like I want world peace and a red wine that won’t stain my aligners.

It’s not that Clifford wasn't fantastic before, or that her character didn’t already carry plenty of rich nuance. The seemingly perfect sibling of the Fleabag clan was given ample opportunities to be heartbreaking and hilarious and frustrating when the series debuted three years ago. But holy cow, this season. This season Clifford was the best thing about “Fleabag,” which is the highest possible praise I can imagine giving to any human being. An Emmy would almost be an insufficient recognition of both the character and the woman who played her.

The cruelly long-awaited and likely final season of Phoebe Waller-Bridge’s dark comedy justly earned all the enthusiastic praise a show could hope for when it dropped on Amazon in May. A devastatingly satisfying meditation on love and what at least passes for faith, it was nominated this year for 11 Emmy awards and has already won two, including one for outstanding casting, at the Creative Arts Emmy Awards ceremony last weekend. Five of its female cast members are also nominated for acting awards, a testament to its powerhouse ensemble.

I could wax poetic about Olivia Coleman’s unselfconsciously wicked stepmother or Kristin Scott Thomas recalibrating the definition of “scene stealer.” But it was Claire who got her hooks in me from the season’s first half-hour, a bottle episode in which Claire stoically explains how much hard work it takes to be happy, politely excuses herself to have a miscarriage, lies about said miscarriage, and then — secretly and grudgingly — lets Fleabag take her to the hospital. That’s pretty much how the whole season goes for Claire. She grits her teeth, she shrugs off the seemingly big things and goes bonkerballs over seemingly lesser things. She loves deeply and she hurts exquisitely.

“It’s an accurate, beautiful depiction of the messiness of sisterhood,” Clifford told the Los Angeles Times recently. Claire’s near-symbiotic relationship with Fleabag, even when the two are most at odds, is informed by Clifford’s offscreen history with Waller-Bridge. The two met in drama school 16 years ago and began playing sisters not long after. “Whenever Phoebe had a showcase for producers, I would always come and play Claire,” she recalled.

Years and years in the making, it’s Clifford's intimate understanding of the world of this woman that fuels some of the season’s most potent moments. Clifford makes Claire’s total hysteria over a haircut — her piteous “It’s unsalvageable!” carried more dramatic weight than almost any piece of dialogue on “Game of Thrones” this year — as funny-painful and authentic as her quiet bewilderment that her sister’s café could actually be successful. Clifford deserves an award for the strength of a single word, her forceful “No!” to the unfortunate patron who tries to engage her in conversation.

Claire is a revolutionary television character, a person we all know in real life but rarely see on a comedy show. She is that member of your family (possibly you!) who never feels entitled to lose her mind because losing your mind is everybody else’s brand. She’s the one who makes it her job to hold it together, even though she has it no less together than anyone else. The one everybody jokes about being wound so tightly, without ever questioning why she might happen to be that way. “You’re fine. You’ll always be fine, you’ll always be interesting,” Claire growls at her sister at one point, emitting the enraged cry of the non-prodigal child. She’s a kin of Melanie Wilkes — the good girl, the overlooked girl, the girl who will roll up her sleeves and help you dispose of a body. And when, by the end of the season, Claire does begin the process of figuring out what Claire actually wants, it’s magnificent. She wants to be free.

“It was my miscarriage,” Claire finally reveals to the whole family in the last episode, after Fleabag has taken the rap for it all season. Then she lands the killer blow to her blustering, selfish mess of a husband Martin ("Stranger Things" actor Brett Gelman). “I guess it was your baby’s way of saying,” she cooly muses, riffing on a callous remark he’d made earlier, “it didn’t want you as his father. Like a goldfish. Out of a bowl. Sort of thing.”

Clifford has said that she could watch Waller-Bridge read the back of a shampoo bottle “and I know I’d be moved to tears by the end.” I could watch Clifford speak only in four-syllable bursts and do likewise.

The supporting actress Emmy frequently goes to the sassy character who gets all the good lines. She tends to serve as a caper-prone id for the main stars, a catalyst with not much inner life of her own. Think Valerie Harper’s Rhoda Morgenstern, Rhea Perlman’s Carla Tortelli, Megan Mullally’s Karen Walker, or mostly recently, Alex Borstein’s Susie Meyerson. They’re all indelible characters inhabited by iconic actresses, unquestionably. They’re all also written as women who have a fairly breezy time of it. Julie Bowen has won in the category twice with “Modern Family,” for playing a character who bears the closest Type A resemblance to “Fleabag’s” Claire. Not to knock “Modern Family,” which does what it does just fine, but with her pure white-knuckle vulnerability, Clifford has gifted us with one of the greatest female characters in television history.

This year, Emmy’s female acting nominees, in all categories, represent a hopeful indication that more women are out there creating great roles, and playing these tough, vulnerable, deeply complicated women. Catherine O'Hara and Natasha Lyonne? Sarah Goldberg  and Betty GIlipin? Are you kidding me? Platinum age of television, indeed. But it’s Claire I can’t shake, a woman whose sister claims “loves a crisis” but who longs profoundly to love something else. Fleabag told us in the beginning this was a love story. It is. The kind of love story that includes lying about miscarriages. The kind with a fragile, frantic heart beating underneath a very bad haircut.