"Game of Thrones," "Mrs. Maisel" rule the Emmy nominations — at the cost of "Better" Things 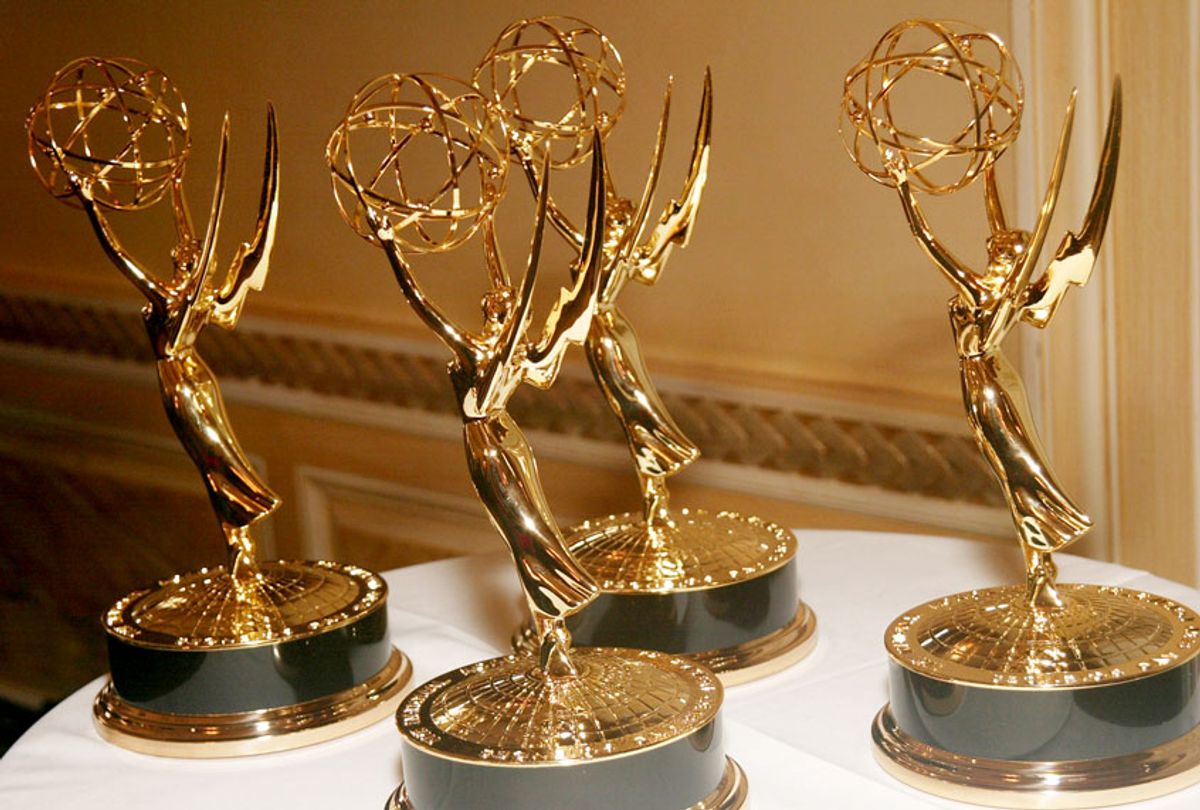 No round of Primetime Emmys nominations is without predictability, but in some years, the list can be more predictable than others. All told, the nominations for the 71st Annual Primetime Emmy Awards lived up to this truth, while also showcasing a decent amount of  variety in the voters’ selections compared with years past. The old complaint that Emmy voters don’t watch television hasn’t applied for quite some time — especially since the industry made a point of making series entertainment more or less unavoidable.

That said, as much as the Academy of Television Arts and Sciences surprised those of us eyeing the Emmy nominations announcement on Tuesday morning, it disappointed us in on a few standard fronts as well. Here’s a short list of all the ways Emmy pleased,  disappointed and failed to surprise us this time around.

This explains the whopping 32 Emmy nods for “Game of Thrones,” setting a new record for the most nominations earned by a drama series in a single year, for a season that earned mixed reviews at best. “Veep,” meanwhile, racked up nine nominations, which is precisely nine more than “Broad City” and six more than “The Big Bang Theory,” all comedies that ended in 2019.

Admittedly this is comparing apples (“Veep”) to smaller, organic apples (“Broad City”) to apple juice (“Big Bang”) to, well, dragons.  “Game of Thrones” is a cinematically-complex, globe-spanning phenomenon into which HBO poured significant resources. Its reward, other than the show’s rabid fandom, is enough nominations to constitute a significant chunk of the network’s record-breaking overall count of 137.

Plus, when a major series is up for awards one final time, voters tend to reward its overall significance as opposed to solely looking at its last dance.

“Veep,” meanwhile, concisely captured the acrimonious absurdity of modern politics and closed in a way that honored the overall arc of Julia Louis-Dreyfus's Selina Meyer. She and the series earned nods, as did co-stars and previous nominees Tony Hale and Anna Chlumsky.

But as accurately as “Veep” reflects the nation’s political mood —  as did “Broad City,” in its own way — Emmy voters chose to shower Amazon’s “The Marvelous Mrs. Maisel” with more than twice the love, or 20 nominations. Fellow HBO series “Barry,” on the other hand, scored 17 nominations for a superlative second season.

And while “Broad City” itself never won any Emmys, its stars and co-creators, Abbi Jacobson and Ilana Glazer, were nominated for Outstanding Actress in a Short Form Comedy Category for their fine but considerably less provocative online series, “Hack Into Broad City.”

In the peakiest year yet of the Peak TV era, the streaming platform that took the most shots netted the second highest number of nominations.

These days it feels as if Netflix debuts a new show or a new season of an established series at least once a week. Sometimes it rolls out two. The result is that in the overall nominations tally, the streaming series finished second with 117 nods, the most exciting of them being the Outstanding Comedy series nod for “Russian Doll,” an individual nomination for Natasha Lyonne in the comedy actress category and two writing nominations. Netflix also landed nominations for “Bodyguard” in the Outstanding Drama category, which is slightly more explicable than “Ozark” taking up valuable real estate there.

But Netflix also scored six nominations for “Homecoming: A Film By Beyonce”; Bey is a four-time nominee, but has yet to win.

Quantity does not always best quality. Though Netflix eclipses Amazon’s production rate by a significant margin, witness the strong showing for “Maisel.” HBO’s output, though significant, doesn’t come close to that of Netflix — yet “Chernobyl” landed 19 nominations.

This brings us to another predictable development in this TV-saturated era:

When a few series dominate an Emmys nomination list, other very deserving shows, creators and performers are left with nothing.

Yes, we now enter the traditional airing of grievances typically known as the list of snubs. A few of this year’s feel particularly egregious, topmost being the complete shutout for FX’s “Better Things” and Pamela Adlon for one of the series’ strongest seasons yet.

There’s also the palatable absence of “Better Call Saul” star Rhea Seehorn from the Outstanding Supporting Actress Category, after a breakout season for her character Kim Wexler. Meanwhile, her co-stars Bob Odenkirk, Giancarlo Esposito, Michael McKean and Jonathan Banks received nominations, as did the series itself.

This is the price paid by nominating four “Game of Thrones” stars — Gwendoline Christie, Sophie Turner, Maisie Williams and Lena Headey (for what, exactly?) — in that category, and giving the other two slots to Julia Garner for “Ozark” and Fiona Shaw for “Killing Eve.” (This is one of two nominations for Shaw, who also is up for Outstanding Guest Actress in a Comedy Series for her work on “Fleabag.”)

NBC's "Late Night with Seth Meyers" has become essential viewing for political comedy fans, and yet it was shut out of the Outstanding Variety Talk Category. On the bright side, it landed a writing nod.

At least it got something.  Among those coming up depressingly empty-handed this morning: Hulu’s “Ramy” and its creator star Ramy Youssef; Steve James' documentary series “America to Me,” which aired on Starz; CBS All-Access’ simply stunning “The Good Fight”; Tracee Ellis Ross of “Black-ish”; Gillian Anderson for her work on Netflix’s “Sex Education”; and “Pose” stars Mj Rodriguez and Indya Moore.

That the Academy overlooked them is a shame. That it snubbed “Pose” director and writer Janet Mock, who helmed one of the best episodes of any TV series that aired in 2018, “Love Is the Message,” is a crime.

Even so, the contenders list for the 71st Annual Primetime Emmy Awards contains a number of worthy selections and pleasant surprises as well.

"Saturday Night Live" is, as expected," all over the list. IFC's "Documentary Now!" enjoyed a particularly strong season, and received multiple nominations. That a positive development. Ditto for "Hannah Gadsby: Nanette," the kind of talker that Emmy voters in years past might have pretended to forget or not even considered. Gadsby is in there with multiple nominations. And Hulu's sweet and nerdy "PEN15" snagged a writing nomination!

The limited series category is particularly interesting this year, with nods for HBO’s “Chernobyl” and “Sharp Objects,”  Showtime’s “Escape at Dannemora,” FX’s “Fosse/Verdon,” and Netflix’s “When They See Us.”

This would seem to place Jharrel Jerome’s deserving nomination for “When They See Us” in the underdog slot, but Jerome’s performance is devastating and made even more powerful by series creator Ava DuVernay’s wise decision to have him play both the young and adult versions of Korey Wise. Jerome nailed that challenge, and who knows? Maybe the Emmys will reward him for it.

Let’s also be thankful that “Fleabag” is in the running for Outstanding Comedy and enjoys a generally strong showing throughout the nominations list, including an Outstanding Comedy Actress nomination for star Phoebe Waller-Bridge and nods for co-stars Sian Clifford, Olivia Colman, Shaw, Kristin Scott Thomas (she of the show-stopping menopause monologue), as well as hat tips in the episodic writing and directing categories.

Equally as uplifting is the sight of Pop’s incredible “Schitt’s Creek” finally getting some love in the Outstanding Comedy category alongside NBC’s “The Good Place.”

“Pose” deserved more that it received. However, the Emmys gave a nomination to Billy Porter in the Outstanding Drama Actor category, where he’s well-positioned to deliver an upset. The single “Thrones” contender there is Kit Harrington. Then again, previous winner and “This Is Us” star Sterling K. Brown also is on deck.

“Pose” also landed a slot in the Outstanding Drama category alongside “Better Call Saul,” “Bodyguard,” “Killing Eve,” the highly deserving “Succession,” “This Is Us,” “Ozark” (why?) and category favorite “Game of Thrones.”

Perhaps it goes without saying that “Thrones” is the title to beat, with 47 Emmy wins under its belt, making it the winningest primetime series in history. But even that story ended with a person nobody would have expected on the throne.

The outcome of the 71st Annual Primetime Emmy Awards won’t be known under Sunday, September 22, when the series is broadcasts live from the Microsoft Theater in Los Angeles, starting at 8pm ET/ 5pm PT on Fox.

Outstanding Guest Actor in a Drama Series
Michael McKean, “Better Call Saul”
Glynn Turnman, “How To Get Away With Murder”
Kumail Nanjiani,“The Twilight Zone”
Bradley Whitford, “The Handmaid’s Tale”
Michael Angarano, “This Is Us”
Ron Cephas Jones, “This Is Us”

Outstanding Guest Actress in a Drama Series
Jessica Lange, “American Horror Story: Apocalypse”
Carice van Houten, “Game of Thrones”
Laverne Cox, “Orange Is The New Black”
Cicely Tyson, “How To Get Away With Murder”
Cherry Jones, “The Handmaid’s Tale”
Phylicia Rashad, “This Is Us”

Outstanding Directing for a Limited Series, Movie, or Dramatic Special
“A Very English Scandal”
“Chernobyl”
“Escape At Dannemora”
“Fosse/Verdon,” “Glory”
“Fosse/Verdon,” “Who’s Got The Pain”
“When They See Us”

Outstanding Variety Special “Live”
“The 72nd Annual Tony Awards”
“Live In Front Of A Studio Audience: Norman Lear’s ‘All In The Family’ and ‘The Jeffersons’”
“RENT”
“The 61st Grammy Awards”
“The 76th Annual Golden Globe Awards”
“The Oscars”

Outstanding Directing for a Variety Special
“Carpool Karaoke: When Corden Met McCartney Live From Liverpool”
“Homecoming: A Film By Beyoncé”
“Live In Front Of A Studio Audience: Norman Lear’s ‘All In The Family’ and ‘The Jeffersons’”
“Springsteen on Broadway”
“The Oscars”