Why is Facebook rebranding? PR experts have some theories

Is the (now all-caps) FACEBOOK trying to distract from negative news, or avoid being dismantled by regulators? 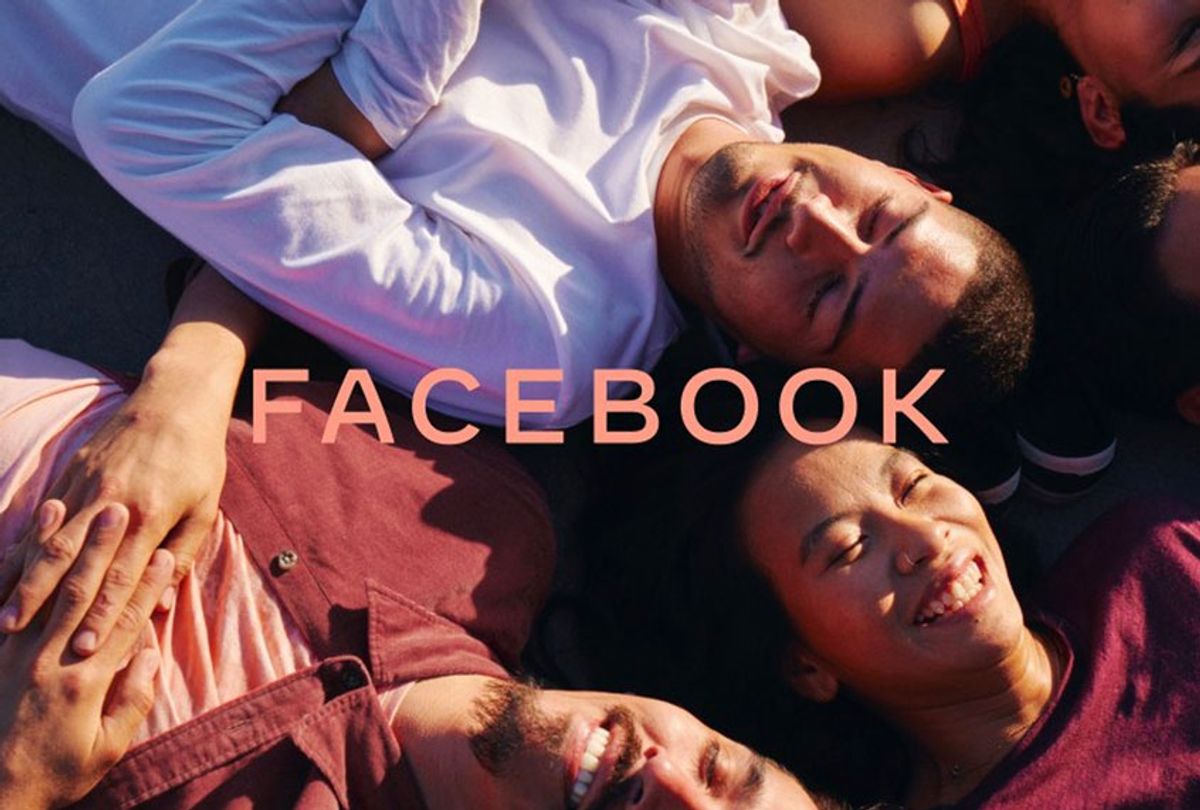 Beleaguered social media giant Facebook announced on Monday morning that it intended to rebrand, overhauling its logo and design schema across the site. The ubiquitous social media platform has faced myriad scandals over the past two years, along with calls for regulators to break up the company. Indeed, a cynical critic might point out that rebranding amid a crisis (or many, in this case) is textbook behavior for mega-corporations in the middle of a PR disaster, designed to shore up new emotions in its users or distract the public from their troubles.

Now, instead of being rendered "Facebook" or "facebook" with a lowercase "f", the rebranding displays the word "Facebook" in all capital letters and in a modern font. The company also seems to want its users to know that its subsidiaries are part of its parent company; hence, Instagram and WhatsApp will tell you they’re “from FACEBOOK."

This re-arranging of the deck chairs on the Titanic is an easy target of mockery from pundits and online personalities. As many have pointed out, it seems a bit tone-deaf to rebrand after the years of horrors that have emerged from the social media platform. To wit: Facebook's policy around giving free rein to politicians to lie in advertisements; ennobling far-right groups promoting violence; the platform's role in foreign manipulation of the 2016 U.S. election; and the preponderance of Myanma military personnel who used the social network to incite genocide — to name a few.

On Monday evening, there were enough memes and tweets riffing on the move to fill the pages of a novel, or at least a very long Instagram Story. One Twitter user joked that Baby Boomers, who are known to type in all caps, will appreciate the change.

FACEBOOK is now all caps to reflect how its user base communicates https://t.co/4kXfB1Svzx

You too can rebrand yourself - by writing your name in capital letters - which means now your name must be shouted - and then you can shout your name on the all-new-but-exactly-the-same shouty FACEBOOK https://t.co/lnzoxvtQsP

“Today we're introducing a new company logo to be clearer about the apps and technologies that come from Facebook,” Mark Zuckerberg wrote in a blog post. “Here's what it'll look like when you start seeing it across our products.”

According to BuzzFeed, who spoke to a “source with knowledge of the company’s thinking,” the purpose of the redesign “was to ward off further complications with the Federal Trade Commission (FTC), after the tech giant agreed to a settlement earlier this year.”

As BuzzFeed reported, “By more prominently disclosing its ownership of apps like Instagram and WhatsApp, the source said, Facebook intends to leave little question as to who owns its products, rather than risk letting the FTC find its labeling deceptive.” In July, the FTC slapped Facebook with a $5 billion fine for violating consumers’ privacy.

Branding experts unaffiliated with Facebook tell Salon the move could also be another way to deflect negative news. Perhaps after another positive announcement from the company that didn’t make headlines: Facebook pledged $1 billion to ease a shortage of affordable housing in Silicon Valley. Indeed, the rebranding has garnered more attention.

Victoria Reitano, a digital marketing and social media expert, told Salon in an email it’s the “oldest trick in the book.”

“If you're having a bad press day (month or year), make the news about something else,” Reitano said. “I also think Facebook is doing this to bring together the other products while still giving the other products space from the ‘issues’ of Facebook.”

Erik Bernstein, vice president of Bernstein Crisis Management, said the move is “an interesting one” and suspected it could be “a conscious effort to pull on the stronger reputations Facebook-owned platforms like WhatsApp and Instagram have built to improve public perception of the parent company.”

“Will the public like the name Facebook more if they know that it’s responsible for some of their favorite apps? Quite possibly,” Bernstein said. “The other side of that double-edged sword is the potential to compartmentalize reputation threats connected to any given Facebook product is reduced. Now more than ever, a crisis of reputation for any one Facebook-owned brand is likely to become a crisis for the others.”

As to why the company changed its name to be spelled in all capital letters, Reitano said it might be a simple design choice, not necessarily the company yelling at consumers.

"I have no idea why they'd pick that — that's more of a design choice but if you look at most logo styles now, a lot are leaning that way," she said.