"Dead to Me" creator on the show's secret to success: "I'm interested in genre-nonconforming" 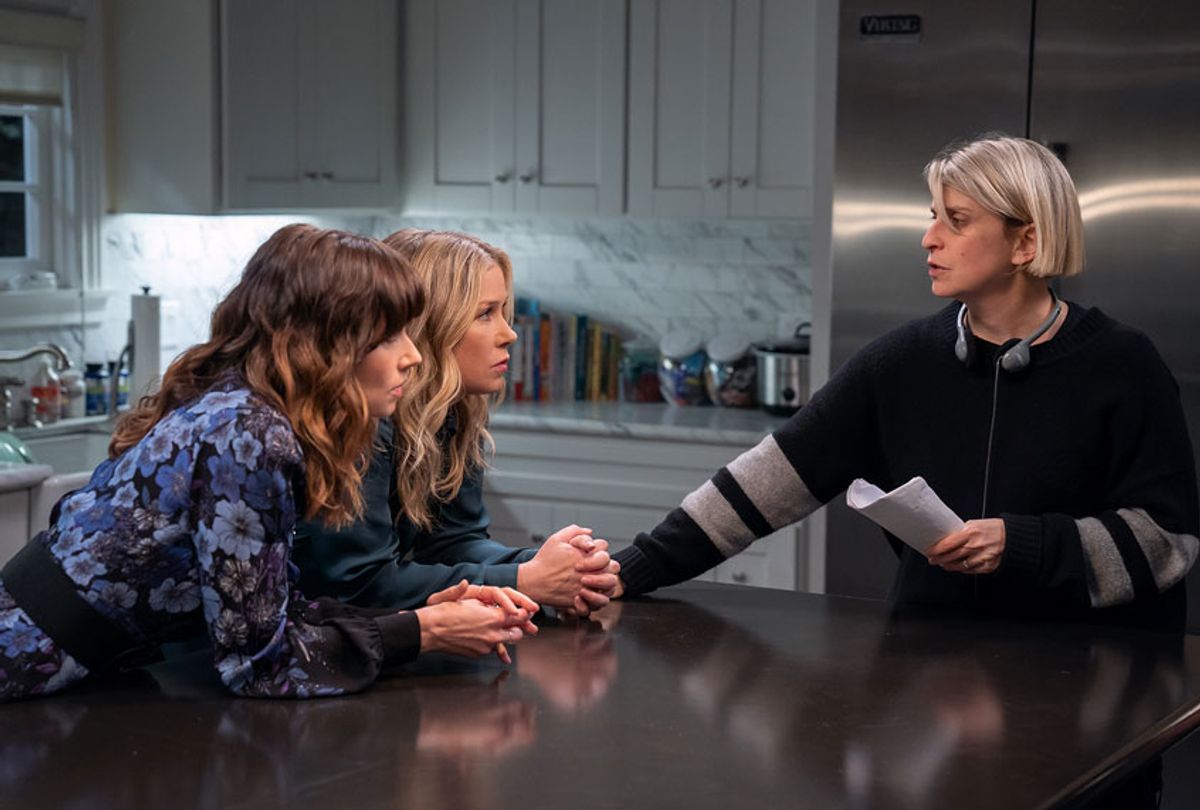 When "Dead to Me" debuted on Netflix in 2019, its stylish blend of comedy, tragedy and rapid-fire cliffhangers made it an instant, bingeworthy hit. But it was the chemistry between Linda Cardellini and Christina Applegate, as unlikely besties Judy and Jen, that gave it its devoted following and critical accolades. This spring, the show's second season dropped somewhere around the point in the pandemic where the reality of our new way of life for the foreseeable future was setting in, and its themes of fate, frustration and friendship struck an even deeper chord. The show has been nominated this year for three Emmy Awards, for stars Cardellini and Applegate, and as Best Comedy.

The show was created by writer and comedian Liz Feldman (who is also an executive producer and writer for the show), inspired by her own experiences of grief and trying to conceive. "In my experience of life," she says, "any given day can be a comic tragedy."

Salon spoke to Feldman recently about her plans for the show's upcoming final season, and why she's "genre nonconforming." The following has been lightly edited for length and clarity.

Congratulations on the Emmy nominations, the WGA award and the love that the fans have for the show. That must be gratifying, that it has connected with people in such a profound way.

It really is gratifying. It's more than you could ever hope for.

I've had my own journey with how this current time should or should not be reflected in the show. Obviously, it's beyond on everyone's mind. Every writer in my Zoom room — those personally and sort of existentially affected by what's going on — I think that we start from there. We are all facing an existential crisis and something that feels incredibly present but invisible. We're finding a way to try to encapsulate some of those feelings while telling the story at hand, which is certainly not about people living through these exact times. But they're living through their own existential crisis. We talk about it in more allegorical terms rather than in literal terms.

What is present and invisible — that seems exactly what the whole show is about. The second season dropped in May when we were already in the midst of the pandemic, and it had a huge impact. Do you see a connection between the way that viewers responded to it and the things that could not have been anticipated when you were shooting it?

I just sit back and try to feel grateful that we were even able to finish the second season in time for it to premiere in May. We finished post-production by the skin of our teeth. Right as the entire city was shutting down, we were in our final sound and color passes. It was very touch and go in terms of if we were going to be able to finish. I just feel so relieved and I'm grateful that we had a show to release.

It's interesting. I know that I've been watching a lot more television and that I have been leaning on TV. It's almost like a friend that you can turn to in a time where we're not even allowed to see our friends. I think there's definitely something to having the opportunity to give people these two friends, this relationship that people have really hooked onto and connected to.

This is a show about female friendship in particular, and about that kind of intimacy and love that is unique to female friendship. Part of that springs from the fact that this is a show told by women, directed by women, mostly written by women. I know that's a huge priority for you. Do you feel that those opportunities are now being taken more seriously? You have three nominations this year.

When you look at the Best Comedy category, here you have us, you have "Insecure," which is another great show very much about female friendship , you have "Maisel," which is about a woman who is trying to make a career as a comedian in the '50s and '60s. Obviously, it's working. There is an audience for female viewing stories, and I think more than that, there is evidence, especially given how large our audience is, that it isn't just women who watch shows about women. There's a universality to women just as there is a universality to shows about men. I think maybe the surprise is men watch our shows.

I would imagine that would have been one of the obstacles in the past, this notion that men don't watch television that is about women or features women.

Some of the feedback that we got immediately, even in Season 1, was, "This is a show my husband will watch with me. We gave it a shot and usually he leaves after the first episode, but he stayed." We definitely heard some of that. And look, I'm as feminist as they come, and I'm just looking forward to a time where this isn't even a story, that women-focused stories and women-helmed shows are just so intrinsic to the success of television that it is as normal and neutralized as counterparts.

I love that the show introduced a female-female love story without any "Let's sit down and talk about this." It's just, "This is the next relationship for this person. This is the next development in her story." Even five years ago, that would not have been the case.

I think because I am a gay woman who's had the opportunity to tell lots of gay stories, I was just ready to tell a story. This has always been something that's important to me. I had a joke when I was a stand-up where I talked about the fact that they call it "gay marriage." It's just marriage. I don't gay park my car. I park it. I didn't have gay lunch. This is something that's always been an important point for me to make — that when something is normal, you don't have to hang a lantern on it.

Being gay is normal in my life. That is the neutral. I wouldn't ever have to sit down with one of my best friends and say, "Look, I have to tell you something. I like women." They know. I just was thrilled to be able to tell a story that was just about two people who really connected in this time in both of their lives, find this romance. It's lovely and it can be good for Judy, and Jen can see that. There's no weirdness or judgment or jealousy or any of the sort of tropes that you very often see associated with same-sex storylines. It doesn't need to be a story. We have other stories that we're telling.

I wanted to ask you about the phrase that gets pinned onto this show and others of its ilk — traumedy. It feels like that genre has taken off in past couple of years, really diving into mental health and grief and substance issues. How does it feel to be part of the leading edge on this?

It's exciting to me because as a writer in this business, it is so easy to get boxed into your genre. I started as a comedy writer, with a capital C. I was a joke writer and a sketch writer. I wrote for many years. I'm a comedy writer. There's definitely a limitation sometimes that you put on yourself or that other people put on you because this is the thing that you do. I just was excited at the opportunity to just try to stretch myself as a storyteller.

Luckily because the show is on Netflix, and they really are a place that lets you dig into your vision, I'm thrilled that I got the chance to see if I could write in a different genre. I think what I found as I started writing is that I'm interested in the genre-less. I'm interested in genre-nonconforming.

Why does everything always have to be binary, if you will, like comedy or drama? In my experience of life, any given day can be a comic tragedy and there are days where there's truly a weird mystery afoot. Then terrible news comes in, but you end up laughing hysterically with your friend on the phone. My experience of life is twisty and turny. To be able to make a show that reflects that, it's really exciting. I think that's what a lot of writers are doing right now, leaning in to the fact that we don't just have to be one thing, that we can make the full experience of being a human being.

I can promise you this, after "Dead to Me" is done, I'm taking a vacation. That's the light at the end of this tunnel of blood, sweat and tears.