Here are 9 great Netflix short documentaries to watch for inspiration

When you don't have the time or attention span, these short docs will give you the uplifiting escape you need 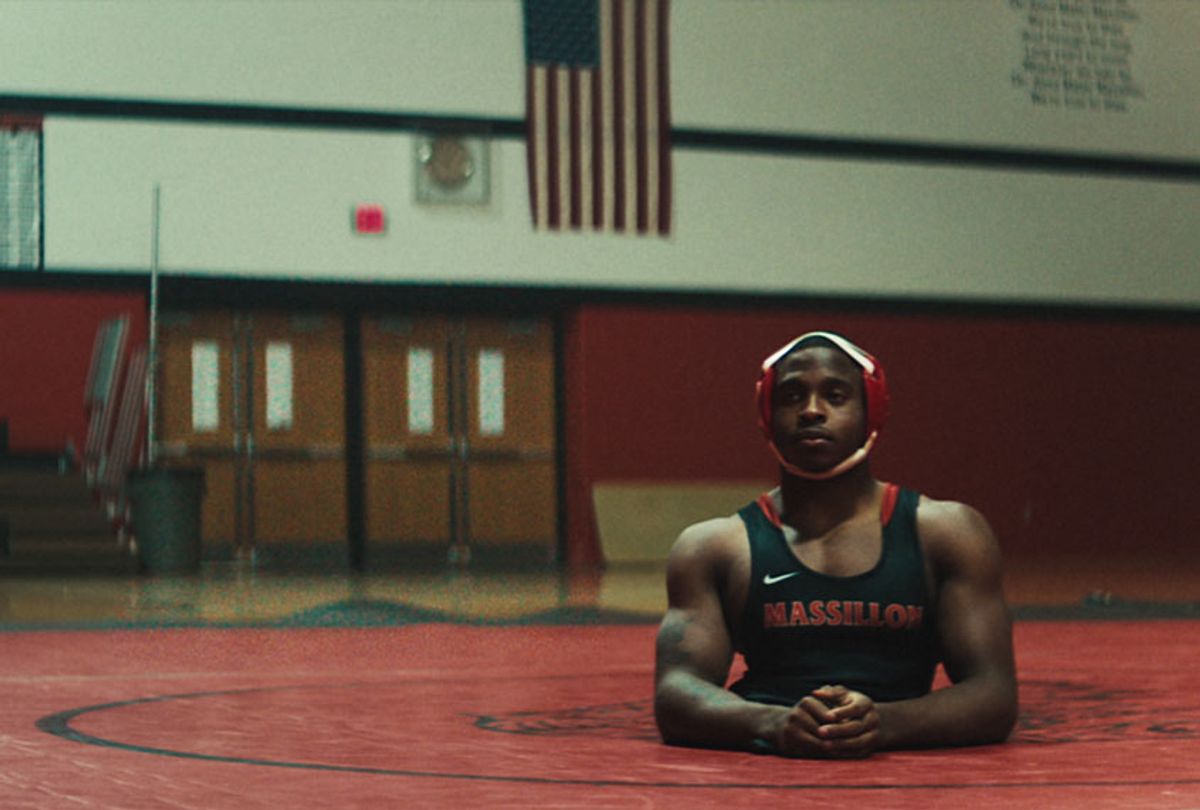 It's been a year of some pretty spectacular documentaries — from HBO's revealing sports and mental health documentary "The Weight of Gold," to Netflix's inspiring Paralympics Games doc "Rising Phoenix," to the heartfelt "A Secret Love."

But, as I've written about before, I've developed something that I call "quarantine brain." It's kind of like being on a heavy dose of cold medicine while also taking an hourly shot of espresso; mentally dull with some spikes of anxiety.

There's a simple explanation for this, and Corinne Purtill put it quite succinctly for the New York Times: "Stress, like a pandemic, puts our brains into 'fight or flight' mode, disrupting attention, memory, breathing and sleep."

There are times, especially at the end of a workday, where my attention span is just shot. Earlier this year, I used this as an opportunity to explore all the great sketch comedy options that were available to stream, but recently I've expanded my media diet to include short, upbeat documentaries. Netflix has a ton of options that are under an hour long, with an expanse of topics — space travel, sumo wrestling, and speedcubing. Here are some of my favorites that I've discovered.

In this documentary short, which debuted on Netflix in August, director Matthew Killip tells the story of John Shepherd, a man who spent 30 years and tens of thousands of dollars trying to contact aliens. From a cottage in remote northern Michigan — which was increasingly filled with computers, machines, satellites and wires — Shepherd would broadcast music millions of miles into space (he decided aliens would probably respond to Afrobeat, jazz, reggae records as a kind of universal language).

After spending much of his life with his head in the stars, Shepherd's attention is brought back to Earth after making a different kind of connection in his own community.

Continuing with the space theme, dive into "The Search for Life in Space," a 2016 film that tackles some of the universe's biggest questions — like "Where did we come from?" and "Are we alone?" — in just over a half hour. Using cutting-edge imagery from some of the world's most powerful telescopes, astronomer Lisa Kaltenegger, associate professor at Cornell University and Director of the Carl Sagan Institute, takes viewers from the surface of Mars, to extreme landscapes on Earth like the Hawaiian lava fields and thermal vents deep beneath the sea. In these environments, we encounter astrobiologists looking for clues about how life takes hold.

"Birders" has a tighter focus than "The Search for Life in Space," but it subtly tackles another big theme: migration across the US-Mexico border. In this 2019 film, directed by Otilia Portillo Padua, we observe birdwatchers on both sides of the border, and learn about how migrant birds travel back and forth across that border annually. I'm a big fan of documentaries that have a hyperfocus on enthusiast groups (there are a couple more of those on this list!), and "Birders" does a beautiful job showcasing the human connection that birdwatching fosters among an international community that obsessively counts, memorizes the calls of, and photographs migrant birds.

This film, which was originally released in 2016 in celebration of the 100-year anniversary of the formation of the national parks system, takes viewers into some of America's wildest natural playgrounds.

The cinematography is awe-inspiring — from sprawling shots of Yellowstone and Yosemite to more intimate views of off-the-beaten path trails. Narrated by Robert Redford, "America Wild" follows world-class mountaineer Conrad Anker, adventure photographer Max Lowe and artist Rachel Pohl as they hike, climb and explore all across the country. It's a nice vicarious experience while many of us are homebound.

This is the shortest documentary on this list, but it probably packs the biggest emotional punch. Director Floyd Russ profiles Zion Clark, a high schooler who has found his purpose through competitive wrestling, after being born without legs and spending years in foster care. There's a tinge of sadness to "Zion," but in the hands of Russ — who has a distinct, highly-stylized visual approach to filming Clark — the story ultimately proves to be nuanced and inspirational.

Soon after Jean Maggi was born, he contracted polio and was paralyzed from the waist down, but he made a decision to live his life following a simple motto: "If you can't go fast, slow down, but don't stop." This Argentinian short documentary highlights his advancement of adaptive sports — from developing a five-wheel chair to play basketball with more mobility to climbing the Himalayas.

Continue your binge of short documentaries featuring athletes that subvert societal expectations with "Little Miss Sumo." I love this film, which centers on Hiyori Kon, a 20-year-old sumo wrestler.

Sumo wrestling is a sport that is grounded in approximately 1,500 years of tradition — tradition that allows men to compete into their late 30s, while women are unable to compete after they turn 21 based on an unfounded claim that women wrestlers reach peak physical capacity at the age of 20. This is something that Hiyori wants to change.

As I wrote for Salon following the film's debut in 2019, "'Little Miss Sumo' is astonishingly successful for an 18-minute film; through thoughtful interviews, beautiful training clips, and this idea of a countdown clock steadily ticking down — without intervention, this is likely the last time Hiyori will be allowed to compete — director Matt Kay strikes a masterful balance between contemplation and pressure."

This is another really thoughtful documentary short about women excelling in sports in ways that defy cultural norms. "Lorena Light-Footed Woman" follows Lorena Ramirez, a Mexican ultrarunner who lives in an indigenous community in the Tarahumara mountain range in Chihuahua, Mexico. She runs in traditional skirt and sandals; there is this absolutely breathtaking shot where cinematographer Hatuey Viveros scans across the feet of competitors lined up at the starting line of a race. You've got a pair of neutral Nike, a bright pair of Adidas, Ramirez's sandals, and then a pair of New Balance sneakers.

We enter Ramirez's story as she is just starting to gain attention globally. She is in her early 20s, has won a few ultramarathons and is beginning to receive invitations to travel internationally — to Japan, Spain and Argentina — to run. It's an interesting push-pull between honoring cultural tradition (and the sometimes limiting gender roles inherent to that) and personal advancement.

"Speed Cubers" is a sweet and smart documentary about the lives of speedcubing champions, Max Park and Feliks Zemdegs. Both of the young competitors can solve a traditional Rubik's Cube in about four seconds.

As Salon's Hanh Nguyen wrote: "In the film, it's fascinating to witness solve after blurry solve because no matter how many times we see it, it's hard to follow what's going on in Feliks' or Max's heads, much less their fingers. We can only imagine the mental nimbleness required to assess the patterns in seconds and translate that into dexterity born of muscle memory; this is not the work of an Average Joe's brain."

Throughout the documentary, we also gain a deeper understanding of Max's life and what drew him to speedcubing; he was diagnosed with autism as a child and his mother would solve Rubik's Cubes with him as a bonding activity. He immediately fell in love

"While his speedcubing skills improved, his social skills were lagging behind," Nguyen wrote. "And the competitions offered unforeseen lessons in life experience: how to act in public, how to make friends, and most importantly, how to deal with failure."