Salon talks to filmmaker Sonia Kennebeck about Matt DeHart, who claims he was targeted by the government 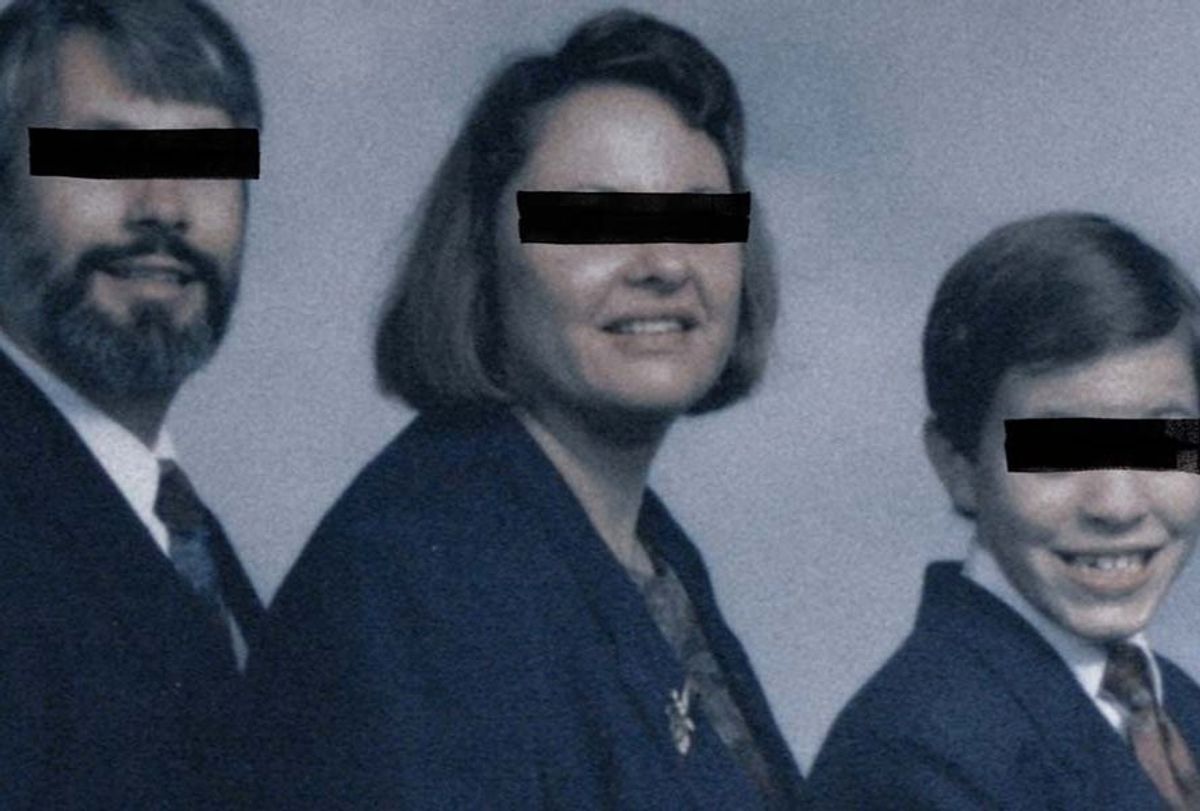 "Enemies of the State" (Codebreaker Films)
--

The legal cases against Matthew DeHart are the subject of the fascinating documentary "Enemies of the State," which received its world premiere at the Toronto International Film Festival last week.

Directed by Sonia Kennebeck, and executive produced by Errol Morris, the film chronicles what happened after DeHart, who is described as "a pioneer with Anonymous and Wikileaks,"  is investigated for allegedly possessing child pornography. The accused, along with his parents, Paul and Leann, insist that these are trumped-up charges. DeHart claims he possessed sensitive information he received over the dark web that the government wants, and they are using the legal case to target him and get access to his computer files.

But, as someone in the film asks, "Where do you go if the U.S. government has you on National Security offenses?" Matt and his parents are a patriotic military family, however, given this situation, they pack up in the middle of the night and seek asylum in Canada. DeHart was eventually jailed; moreover, he claims he was tortured in prison.

"Enemies of the State" unpacks this twisty story, which was also covered by journalist Adrian Humphreys, who is interviewed in the film. Kennebeck uses recreations of events, original audio recordings, and testimonies from police, lawyers and others involved in the case, along with the interviews with the DeHart family, to ferret out the truth. What is revealed is both surprising and perhaps not. It all depends on who or what viewers believe: Is DeHart a criminal or a scapegoat? What happened to the USB drive with the sensitive files?

Salon spoke with Kennebeck about the DeHart case and her intriguing new film.

Perhaps one of the most revealing anecdotes in the film is one that his high school buddy Josh Weinstein provides about Matt running for student body president. I am curious what your impression of Matt is?

I think he is an enigma. I spent so many years digging into the story, and it was a challenging investigation. I think what's important to know is that we went into the story with an open mind. We didn't know the outcome when we embarked on this investigation and journey. As time went along, we interviewed the parents and people who knew [Matt] as well as prosecutors and detectives. [We were curious] to hear from Matt himself — and not just through an interview on a prison phone line, where everything was recorded.

As Adrian Humphreys says about some of the questions we have in his case, Matt might be the only one to answer them in the absence of a number of documents and parts of the investigation.

What attracted you to tell this story which involves untangling the truth and lies? The real issue of "Enemies of the State" may be deciding who or what to believe. Someone is an unreliable narrator here.

I gravitate towards these types of stories. I'm interested in stories that have a lot of secrecy. I love researching and investigating. I first heard about Matt during production of "National Bird." When I heard it involves Anonymous, Wikileaks, the FBI, child pornography, and torture — there are so many strange elements, I wanted to get to the bottom of it. My production team and I wanted to make a film about alleged U.S. government torture, so that connected us to the Matt DeHart story. But we realized very quickly there is another side to it, and we found different perspectives. As we went along, it was clearer to me that it was a film and a story about the truth. Through trying to find truth in the world we live in now, where so many strange stories exist on the internet, this film became a timely piece and a commentary on the times. We have trouble figuring out what to believe and how to get to the bottom of things.

You use interviews and reenactments as well as audio recordings to tell this story which practically folds in on itself. I admire the high-wire balancing act. Can you talk about access to the subjects and how you constructed the narrative?

What I tried to do is take the audience on the investigation we went on. We disclosed the steps and timeline as we received information, so the viewer could experience what we experienced, because that is the most accurate approach to a complicated story like this. When we started interviewing people it was clear how much was "he said/she said," and how contradictory their statements were.

My editor did an excellent job. We gathered all the evidence and went through the story and timeline and used as many documents as we could to show as much reliable information and present that to the audience so they could piece together the story and form their own opinion. Human behavior is complicated.

That's the beauty of the film too; you have the voices, and sound is important because there is so much original audio, but then the visuals and the music and what you see in people's eyes — the film presents all these dimensions.

There is a discussion in the film by journalist Adrian Humphreys who talks about an image of DeHart. A photo of him looking bleary-eyed in an orange prison jumpsuit was sent for publication. DeHart, of course, preferred a smiling photo of him in a Canadian hockey shirt. There is a manipulation of representation. Can you talk about that and how you, as a filmmaker, confront the image that best reflects the story versus one that might show bias?

That soundbite has so much depth — it represents how on one hand, the journalist has to be fair, and should try to listen to and ask questions of both sides, whenever possible. The government too, often blocks interview requests, and has too much secrecy. As journalists and investigative reporters, we try to get to the bottom of things. But we must acknowledge that there are opposing viewpoints — that people try to present their story in the best possible way and in the best light. Humphreys understands this and tells us to pay attention and be critical about what you are being presented.

What we are doing, and the images in the film, are very important and the credit goes to my cinematographer. The images in the film often carry multiple messages. We have a shot of Matt sitting in his room reflected in multiple mirrors. That image represents the [multiple] sides of the story, and we tried to use film as a medium to its fullest.

The documentary has footage and recreations that were done with accuracy and thought. A lot of the film is what you believe — and want to believe — but also how the surveillance state induces paranoia. When we investigate stories like this, what we know is that the U.S. government has been doing terrible things: torture, the drone program, mass data collection, surveillance. etc. That is the world we live in. There is a history of government misconduct in this country.

I don't want to spoil anything, but the film team makes a startling discovery. And someone does state what may have been on the USB drive, which would be pretty shocking if true. What surprised you about the DeHart case in making this film?

There were a lot of things that we didn't see coming. What is on the USB drive, and when it was revealed to us — of course, you need to see the evidence as a journalist. All the attorneys were speculating where these drives could be.

One of the questions the film asks is how do people take a stance when there is incomplete information? I love the point that people need to think critically; it's just not done enough. What are your observations on that?

What I take away is that you really have to go into a true investigation with an open mind and be open to different opinions and perspectives. I want people to probe and investigate, listen and question, and think critically. The story isn't entirely over.

Where do your sympathies lie?

There is a reason I'm not including my voice in the film. I think there are too many secrets still in the story, and I think part of it is the responsibility of the government classifying too many documents. I have a lot more questions. I gave everyone who wanted to speak with us an opportunity to present their perspective. We presented all the evidence we could find. I'm not a judge or jury, but it is important for people to think for themselves and come to their own conclusion.