This easy-to-bake, three-ingredient chocolate stout cake was inspired by the "Notorious RBG"

Because you can't overthrow the patriarchy on an empty stomach 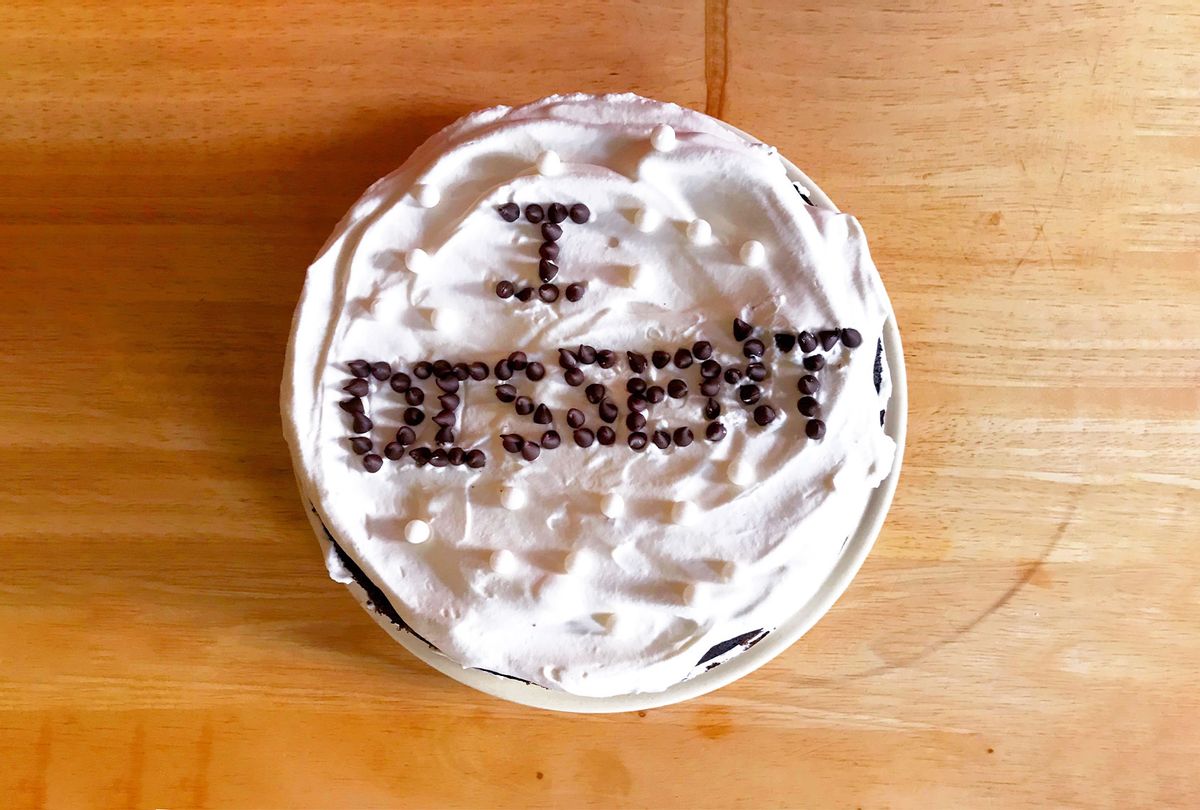 How are you doing these days? Yeah, me too. On Friday evening, I enjoyed a relatively peaceful dinner with my teenaged daughter. Afterward, we stood side-by-side talking in the kitchen as we washed the dishes together. An explosion of heartbroken texts. None of them even said her name. It was just a string of expletives and crying emojis. That's how I found out. That's how I knew Ruth Bader Ginsberg was gone.

In the moments and hours since, I've been trying to hold it together. Trying not to fall into an abyss of terror for the America that my daughters — all our daughters and sons — face now. I am trying to instead ask myself, "What would RBG do?"

I'm also rage baking, because the kitchen is the place I feel most free. It's there where I can work out my fury kneading pizza dough and console my sorrow with sugar. I can try to imagine what would might pleased Justice Ginsburg's palate to make something in her memory.

I know that Ginsburg was a woman who seems to have enjoyed — if never actively made herself — a chocolate cake now and then. She was also one who could admit to not always being "100% sober." Unlike her multitude of currently day drunk grieving fans, however, she also knew how to leverage alcohol to bend the legal system in the direction of gender equity.

Imagine for a moment that you're young and living in Oklahoma back in the '70s. You can purchase low-alcohol beer if you're over 18 years old — and a woman. If you are a man, however, you have to wait until you're 21. Now imagine that a thirsty college student named Mark Walker decides he's having none of it, setting in motion a lawsuit which finds its way to the ACLU — and the young RBG herself.

"Delighted to see the Supreme Court is interested in beer drinkers," she cheekily wrote to Walker's attorney, as the case made its way to the highest court in the land. Ginsburg advised the attorney, submitted an amicus brief and was present during the arguments before the court. In 1976, the verdict in Craig v. Boren became a touchstone in the fight for equality under the law. Thanks, Ruth Bader Ginsburg! Thanks, beer!

This cake is a riff on the popular "soda pop cake" baking hack, but it's better because instead of soda it relies on Guinness. It's not too sweet, with the beer providing a depth and complexity that feels sophisticated. It's also absurdly easy. Most cake mix recipes call for oil, but surprisingly, this turns out fine without it.

You can top it with sweetened whipped cream (or a squirt of Reddi-wip) and some RBG-inspired pearls for a two-toned, judicial branch of the U.S. government aesthetic. Or you can just enjoy it plain, a little something simple to enjoy while you confirm your voter registration and check the deadline for your mail-in ballot.