I survived election night by not watching it 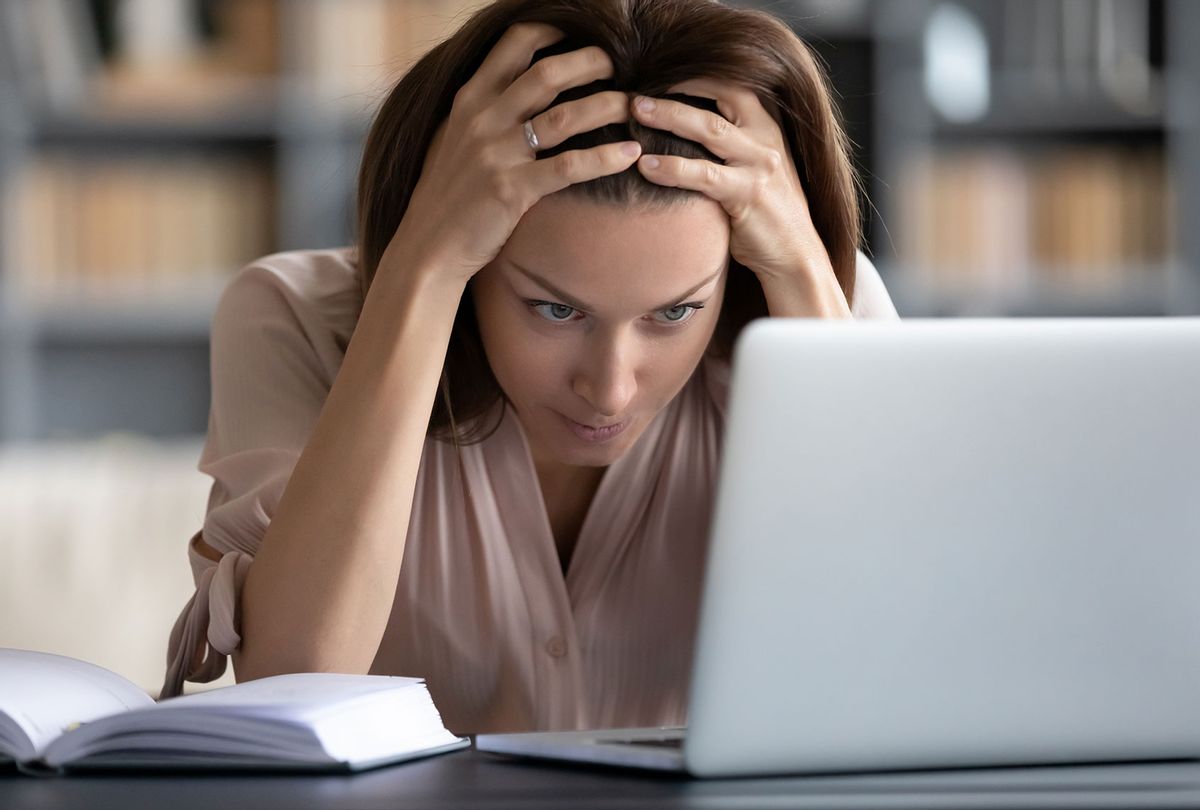 The ancient Greeks really understood election night news coverage. How else could they have told the story of Orpheus, who ruinously just had to get in one last look back on his way out of the underworld? What other explanation is there for their intimate grasp of the fates of those who gazed upon the Gorgons or who listened to the Sirens? Gather round, then, and attend the tale of a weary people who clutched in their hands glowing bricks that had the power to distress them, who beamed nightmares to themselves from their living room walls. And let me tell you how I survived that fateful night.

On the evening of Nov. 3 and into the early hours of the morning, I tied myself to the mast and managed to not watch TV or look at any of the real-time results and projections. I followed my colleagues' updates in Slack, and exchanged supportive texts with my friends, but that was as far as I let myself go. And you know what? I cried and vomited a lot less than I did in 2016.

That election was the first time I met the needle. I had naively believed all the oracles' predictions; had earnestly assumed that night was the beginning of the end of the nightmare. Instead, I watched, hour by hour, as a channel surfer's suicide squad of pundits grew increasingly shocked at what was unfolding. I couldn't turn away as the New York Times forecast needle edged closer and closer and closer toward the scowl of Donald Trump. I did nothing but gorge on dire information until my eyeballs finally, rebelliously shut for a little while. Then I woke up in the morning and feasted miserably on a refreshed browser full of despair.

But that day was my birthday, and the gods gave me one small gift. I had morosely waved off my original plans for a celebratory, first female president night out, but late in the day my family talked me into burgers and fries at the bar down the street. The place was nearly empty, the mood still heavy from the grim watch party held there the night before. Wide-screen televisions on either end of the bar blasted dueling news networks. I asked our waitress if they could change the channel, for just a little while. They obliged. That was the night I learned you can change the channel. You can even turn it off entirely. And if Zeus gives you a box, you should really think twice about how badly you want to open it. I learned it all just in time.

I've spent the past four years trying to do as well as a person with an anxiety disorder can in the midst of one big global anxiety disorder. It doesn't mean turning a blind eye to what's going on. It means accepting that humans are not meant to ingest nightmares around the clock, and that constantly consuming suffering does not alleviate mine or, significantly, anyone else's.

I made a choice that bleak 2016 birthday. I vowed to avoid watching and listening to that guy run his mouth as much as possible, even satirically and secondhand, and to strictly curate the amount of time I spend each day with the news. I eventually deleted my social media accounts, and I truly can't overstate how much I don't miss Facebook and Twitter and Instagram all they ways they messed with my mental health. Most of the time it's not especially difficult to detach. At the peak of the pandemic here in New York, for example, I'd watch Cuomo's daily briefings. Then I'd hyperventilate and swallow some Alka Seltzer, and move on with the rest of the day.

But this election was tempting, I cannot lie. The needle called to me. It sang its seductive song from my laptop, luring me with the knowledge it was only as far away as my fingertips. The late-night incoming messages that first Biden, then Trump, were going live to speak to the American public were persuasive. Who could resist a show like that? Just a little peek, I'd think. Just a glance. Then I remembered that's the sort of thing someone says before being turned to stone by a lady rocking a snake hairdo.

I don't know what the next few days, let alone the next few years, will hold. I know I'm scared, mostly for my kids and their friends. But that I've done a lot of work, as the anxious and traumatized must, on balancing distress tolerance with radical acceptance and healthy distraction. I can promise from experience that keeping the voice of someone who harms you inside your head all day long is not a path to being okay in any form. I'm not accomplishing anything by enduring the blares from people whose mission in life is the make the libs cry, or for that matter the noise from those who misguidedly amplify their messages. Honestly, screw those guys. I don't have anything to prove to any of them, and I know my strength doesn't come from how much horror or abusive rhetoric I can take in.

We all have different thresholds. I can say that most productive thing I did yesterday was pick up my Wellbutrin refill, and the second was making brownies. Nothing but admiration for those who can wade in further and come out telling the truth with integrity and resolve. But we all need to lift up our eyes now and then. When I look at some of the criteria for psychological torture — isolation, sleep deprivation, natural light denial, threats, humiliation, sensory assault and sense of futility — it's not difficult to see the circumstances we are all currently operating under. So I'm going to keep doing what I can to limit my exposure to those forms of torment, to the best of my often limited ability.

I believe I can be responsible and engaged and civic minded without voluntarily gobbling every morsel of bad news — especially the "rapidly changing" form of bad news — that comes my way. Some days, like today, the task feels Sisyphean. But the Greeks remind me that even when it feels like all the terrors have been unleashed at once, somewhere tucked away, one thing always endures. One thing always waits, and it's not Wolf Blitzer. Hard as it is to do, it's all I have to turn my mind toward today, yet again. Hope.