Life after social media: What I discovered after deleting all of my accounts 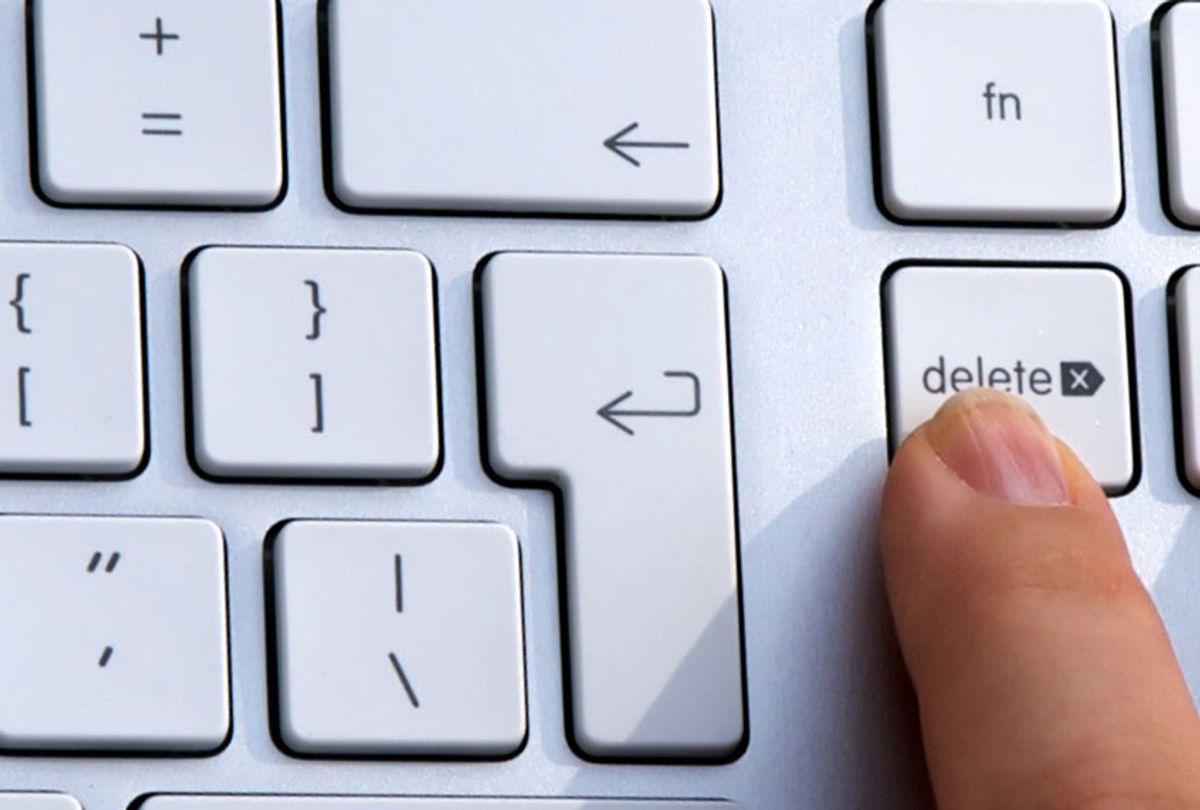 It was midday Tuesday before I learned about the White House McDonald's feast. By then, the Monday night repast for national college football champions, the Clemson Tigers, had come and gone. So, as well, had the best jokes on Twitter. But I wasn't on Twitter, so I didn't know.

My relationship with social media has always been mercurial. I was an early adopter of Facebook, Instagram and Twitter, and I loved them. They kept me in touch with far-flung friends; they introduced me to new people who I couldn't be more grateful to have in my life. Though my serious illnesses and family crises, I learned how rapidly and efficiently a community can come together to help a person in need with a single Facebook post. I also watched some of the important movements of the last decade — including Black Lives Matter and #MeToo — unfold with the push that social media provided, awed by the collective power of raising our voices.

It's all also overwhelming and exhausting and noisy at times. The low-key ritualized bragging. The daily outrages over small controversies. The spam. The bots. The trolls. Several years ago, I radically purged my Facebook friend list, boiling it down to a small pool of individuals I had sustained real-world relationships with. I started a tradition of giving up social media for Lent — a digital cleanse that usually helped me return to online presence with a clearer sense of purpose and perspective. And I removed the apps from my phone, the better to assure I wasn't reflexively scrolling whenever a single moment of boredom presented itself.

But last summer, I reached a tipping point. My increasing ambivalence toward Facebook had taken a serious turn after the Cambridge Analytica scandal, and each new revelation of the company's behavior had me questioning my moral complicity by remaining. Yet even then, I was still describing it as "a good room in a sketchy part of town." It was watching how social media dragged its heels over Holocaust deniers and Alex Jones' InfoWars that finally made me question how great that room really was.

Last June, during a session on "Fighting Fake News," John Hegeman, head of Facebook's News Feed, justified InfoWars' continued presence by chalking it up to "different points of view." I didn't quite understand how a man who peddles the lie that the victims of Sandy Hook were "crisis actors" simply has a "point of view." Twitter similarly stood by Jones, explaining in August that "He hasn’t violated our rules."

Over the years, I've had various right wing lunatics with a lot of followers release their virtual hounds on me on social media. I've received, like pretty much any woman with an opinion and a social media handle, rape threats, death threats and just plain ugly abusive stuff. And I've rarely received any satisfaction when I reported it. Around the same time that Facebook and Twitter were wringing their hands over what to do with naughty Alex, I'd written two stories back to back that provoked anger from some insecure, creepy individuals. I had strong filters in place that usually weeded out the worst, and a certain shrugging acceptance that gross stuff is the price you pay for an otherwise free service. But when I reported — more than once — a bloody, disturbing image that an irate reader tweeted at me and received no action, I thought, "What the hell am I still doing here, in a place that cares more about protecting a Sandy Hook truther than me?"

The whole perfect storm of disgust came right around the time I went on vacation. After a week away with my family and books and getting the day's news in more reasonably spaced doses, I knew I didn't want to go back. I deactivated my Facebook account and, two weeks later, deleted it entirely. Then I did the same on Twitter. Even Instagram, which I generally enjoyed and had less beef with, went next, because it's a Facebook property. And just like that, more than a decade of my online life was gone. Images from exotic adventures. Conversations with friends who've passed away. Poof.

In August, Facebook removed Alex Jones' four pages there, and in September, Twitter likewise showed him the door. But booting one jerk, while necessary, didn't fix all the concerns about privacy, disinformation or harassment and abuse I had then and still have now.

I am aware that in many regards, the ethical horses have already left the barn, and that the digital DNA I gave to social media continues to float around out there anyway. I wish I could say that it was easy to walk away and that I never miss it, but that's not true. Over the past several months, I've missed the public figures who entertain and inform. I've definitely missed a bunch of milestones in my friends' lives — awkwardly and belatedly congratulating people on their book deals and engagements is now a thing in my life. And as embarrassing as it is to admit, I've also missed the other side of the feedback coin — the likes. Now, when I shoot a good photograph or overhear a clever exchange, my audience is limited to the friend I might choose to text about it. I no longer have an easy outlet for the affirmation of my opinions. It gets lonely sometimes.

But the KonMari effect of purging something that doesn't spark joy turned out to life-changingly magical. I soon started to wonder, if I could delete my social media and somehow manage to have friends and stay reasonably abreast of current events, what else might I capable of?

It's no coincidence that a few weeks after ditching social media, I walked out my Catholic church in the middle of a mass and never looked back. It turns out that shedding things that no longer align with your values gets a lot easier with practice. I applied to and was accepted for a part time academic program. I signed up for and started training for my first half marathon in three years. Once I cleared out an unhappy space in my life, the things I wanted more started to fill it. When my fingers got itchy, I noted that my teen daughters, who've never had Facebook or Twitter accounts, seem to be doing fine without them — even while they acknowledge that Snapchat and YouTube aren't exactly problem-free.

The trolls still find me, as the rash of hostile emails after a recent article I wrote prove. I definitely still waste as much time as ever did, and as long as there are puppy videos and unsolved murder forums, I intend to keep up my commitment to noodling uselessly around the Internet. But nearly six months after my last tweet, the discontented envy I used to carry around for other people's perfectly curated lives has melted. The constant anxiety from watching news unfold in real time every single day has been replaced with a more manageable, intermittent news-related anxiety. (The midterms were a relative breeze.) I spend considerably less time concerned with the opinions and approval of strangers. And a few notable studies over the past few years suggest I'm not alone in finding a correlation between reducing social media and reducing stress.

By the time I met up with a close friend on Tuesday evening for drinks, I'd already digested a full rundown of the already legendary White House Big Mac buffet, and was ready to laugh and be horrified about it with her. She and I found each other years ago on Twitter, and if the only thing social media had ever brought me had been her, it would have all been worth it. But nobody owes any place their indefinite residence. I feel lately as if I've moved from the big city to a small town, and to my surprise, it turns out I like it here in this quieter space. It's not for everybody, but it's pretty friendly. And if you're curious, there's room for you here too.