InfoWars and Holocaust deniers were my tipping point 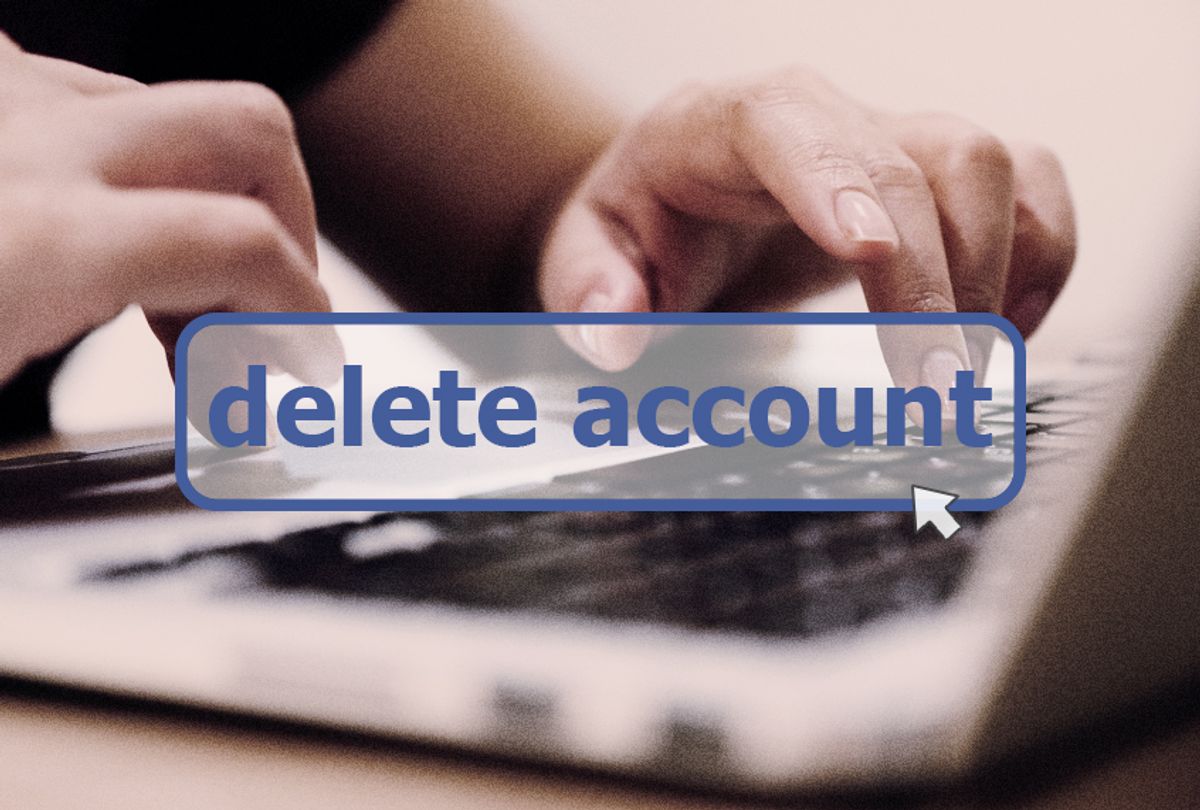 I was sitting with a group of new acquaintances recently, sharing stories and snapping photos, thinking about Holocaust deniers. It was my older daughter's freshman orientation, and while she was registering for classes and getting to know her new classmates, the parents had converged at a scenic local hotel for drinks. Then, as inevitably happens when middle-aged people get together, people started asking each other, "How can I find you on Facebook?" And for the first time in 11 years, I said, "You can't."

I joined Facebook the spring of 2007. It was before my marriage imploded, before I got cancer twice, before my firstborn almost died of a common infection and my younger daughter was diagnosed with OCD. It was when my friends Allison, Steve, Jeffrey, Will, Debbie, Jessica and Chez were all still alive. It was before Barack Obama became president and before the release of the first iPhone.

I was never promiscuous in my acquisition of friends, and I was never interested in using Facebook as a place to promote my "brand." Instead I used it as a refuge, a central location for people I truly care about. For 11 years, Facebook was where I talked with my far-flung loved ones and shared in their triumphs and sorrows, where I sent out flares in emergencies, where I swapped career and life advice in small private groups. It was a source of connection and community and support at moments I needed it — and needed to give it — most. It wasn't an easy choice to let that go.

Like a lot of users, however, I had concerns about the way my information was monitored and used long before all the crap hit the fan this year. Remember Facebook's short lived Beacon, which blasted your friends with announcements about your private online purchases? Good times.

The past few years, I've been distressed at the vitriol available on Facebook for all to see not far from my own tight knit circle. I found the news feed so objectionable I installed an extension to block it. A long ago acquaintance found me through mutual friends and launched several years of intermittent online stalking. And then 2016 happened, and the downsides overwhelmingly began to outweigh the benefits. Still, I stayed.

I had already begun spending less time on Facebook in the heated run up to the presidential election. But I couldn't quite untether entirely. I still had a few private spaces for staying in touch with my old friends and planning our all too rare real world get togethers. I was in charge of the memorial page for a deceased friend, a task she'd entrusted me with and I took seriously. And I knew from both joyful and tragic experience that sometimes the best way to make a big announcement to your whole circle is to just put it out there on your page. I thought I could keep my Facebook presence in reserve, an infrequent convenience. The idea of bailing entirely and setting off alone seemed, well, lonely. And permanent.

The Cambridge Analytica data scandal was when I first began to truly rethink whether I could go ahead and take the plunge. It's one thing to accept the casual devil's bargain every Facebook user makes with regard to data collection; it's another to be living in the horrific consequences of the last presidential election and know how your friends and colleagues were used in the name of gaming the system for "alt-right" candidates.

I'd already learned that that having a regular time out from Facebook and Twitter is a healthy reality check and reset for my offline life. As it happens, I was already on my annual lenten social media sabbatical when The Cambridge Analytica news broke. Then Easter came and went, and while I resumed my imperfect relationship with Twitter, I found I had no interest in returning to Facebook. Over the past three months, I posted maybe twice there. I did, however, check in several times, to delete old posts and photographs. I wasn't yet sure what my end game was, but I did know I wanted less of presence.

The one-two punch of Alex Jones and Holocaust deniers were my tipping point. Earlier this month, after being specifically asked after a "Fighting Fake News on Facebook" event about why it continues to allow Alex Jones' InfoWars a platform, Facebook News Feed head John Hegeman said, "I think part of the fundamental thing here is that we created Facebook to be a place where different people can have a voice. And different publishers have very different points of view."

In April, families of children murdered at the Sandy Hook mass shooting in 2012 filed defamation lawsuits against Jones and his InfoWars for asserting, among other things, that the tragedy was "completely fake, with actors, in my view, manufactured." Ask yourself, do you think calling Sandy Hook "fake" is a "point of view"? Earlier this month, Facebook slapped Jones on the wrist with a 30 day suspension, though his InfoWars page is still up. Current videos there include "Trayvon Martin Truth Exposed," "The Syrian War Is A Tool for Globalist Control" and "TOTAL PROOF: Hillary Clinton Has A Seizure Disorder."

Then there was the Holocaust. In a recent conversation with Recode's Kara Swisher, Mark Zuckerberg was asked about the "set of people who deny that the Holocaust happened." Zuckerberg replied, "I find that deeply offensive. But at the end of the day, I don’t believe that our platform should take that down because I think there are things that different people get wrong. I don’t think that they’re intentionally getting it wrong. . . . It’s hard to impugn intent and to understand the intent. I just think, as abhorrent as some of those examples are, I think the reality is also that I get things wrong when I speak publicly." I have been wrong a lot in my life too, but I've never been "The Holocaust didn't happen" wrong. Zuckerberg went on to explain, "If you’re not trying to organize harm against someone, or attacking someone, then you can put up that content on your page, even if people might disagree with it or find it offensive."

That's when I deactivated my account. Two weeks later, I deleted it completely.

I've spent a large portion of my career in online community. I managed Salon's for over a decade. I know what a massive challenge thoughtful moderation is. I know that the line between open and vigorous discussion and hateful and threatening rhetoric is not always clearcut, and that it gets heated as hell in that gray area. At the heart of every community are humans, and humans have to make judgment calls. Many of those calls are difficult to make. But what you should do about the spread of blatantly false information, falsehoods that embolden harassment and hate crimes, isn't one of those tough calls. You take it down.

I begrudge no one their personal choices, and I understand that for many people, Facebook is a necessary part of their work or family lives. But when a platform can't take a clear stance on actual mass murders, I feel a moral imperative to leave. Sorry, but those photos of your cat just aren't worth it. I know that extricating myself entirely from the internet isn't an option, at least not yet. I know Google and Twitter and YouTube are massively problematic as well. And yes, I'm still on Instagram, though I'm slowly detaching myself there as well. I can't fix everything that is broken in our world, but I can make smarter, more ethical choices about what I participate in.

Trolling may not be good for Facebook business, but it's not yet truly bad for it either. Even as its stock takes a dive, A new Media Matters study reveals that "Right-leaning meme pages [have] consistently higher weekly interaction rates compared to all other political pages." At my daughter's orientation, parents still swapped Facebook information, and faculty still told us to join the school's FB group for parents, as if not doing it was unthinkable.

Yet here's what's happened in my short time off Facebook. An ex-pat friend who was coming to town texted me about getting together. Another friend sent me a long email. I may be currently seeing fewer of other people's vacation updates, but that seems a small price to pay for not feeling like I'm keeping company with InfoWars and anti-semites. I'm still nervous about what might happen if I needed to share an important update quickly, but so far, Facebook doesn't feel at all as indispensable as I once thought it to be. And on the way home from freshman orientation, another mom I had bonded with over the previous few days texted me. I think we're going to be friends. No friending required.

"Truth is not at risk"

Errol Morris says not to give up on facts