Don't laugh; the best part of flying was patronizing a chain eatery before boarding 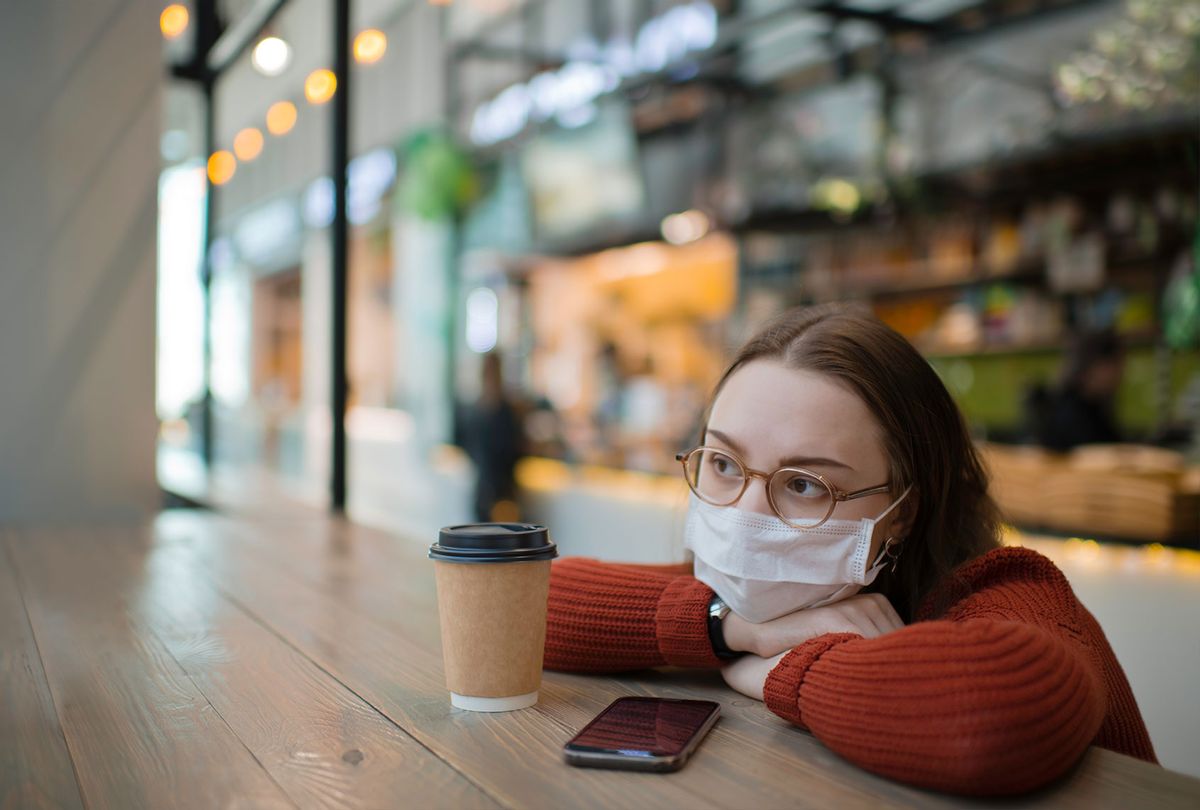 The pandemic has made us appreciate so many things to miss about travel. The freedom to explore the world, to meet new people, to gain the fresh perspective that comes from a change of scenery. To savor that airport food.

To me, the journey really starts at some overpriced dining chain near the departure gate. Maybe it's just a Cibo Express where my options are limited to a yogurt and a Snapple. Maybe it's a sports bar where strangers with carry on luggage at their feet are hurriedly downing lagers. Maybe it's a plastic clamshell containing a dubious panini. Maybe it's a frequent flyer lounge that offers unlimited, so-so brownies. I'm into all of it.

I didn't grow up traveling, and have spent most of my adult life on a tight enough budget that air travel has always been a relative novelty. For an infrequent traveler, maybe a romantic fascination with the Detroit Qdoba might be understandable. But in more recent years, as I've done more flying for work and pleasure, I've grown to realize that I am not alone in truly enjoying biding that time before boarding ordering wine off a tablet and eating a hastily purchased souvenir pack of Goo Goo Clusters.

I have a colleague in Los Angeles who will always allow extra time to enjoy the dining riches of LAX before flying out. I have a pal in Paris who can tell you where to get the best pastry at Charles de Gaulle. I know that while I live closest to LaGuardia, JFK has better restaurants. And as I find myself aching for the crush and chaos of flying, I appreciate more and more that sweet in-between time that an airport provides a wanderer.

Sometimes, it's just the way the airport meal signals the transition from one space to another that's the appeal. There is a Belgian restaurant at Newark International and a Cafe Nero at Heathrow, and both of those entirely okay venues light up my brain with the pure joy of getting closer and then closer still to London. There is Napa Farms Market, the breakfast spot at SFO that is always my last stop in the Bay Area before I head back home. There are all the weird islands where I can charge my phone and get a glass of wine, scattered throughout our major hubs. I have a sentimental attachment to those places, in the same way that I wouldn't enter Philadelphia without going first directly to the Reading Terminal Market for a soft pretzel.

And when I find myself randomly somewhere unfamiliar, there is something grounding — so to speak — about the familiar rituals of simply slowing down, solo or with company, to savor food and drink. On one of my last trips before the quarantine, a colleague and I found ourselves stuck in a snowstorm at the Indianapolis airport, where we went for a beer (okay, two beers) at the 317 Tap Room as we waited for our respective planes to be de-iced. The work of the meeting behind us, we sat together as friends, speaking freely and more personally in the neutral space that oasis near the tarmac provided.

Sometimes, though, the airport represents one's perhaps only shot at a local delicacy or outpost of a famed hometown restaurant. I may be an obsessive early arriver when I fly, but I have shown up breathless as the plane doors were ready to close while changing flights in Chicago, because I'm incapable of resisting the Rick Bayless's Tortas Frontera. Likewise, when I tell you, as a New Yorker, that the bagels in Montreal live up to all the hype, I may neglect to mention that my Montreal bagel experience is entirely confined to its airport. My limited time in Madrid took place entirely in its airport; I could go on for days about the luscious ham sandwich I had there. I've had pralines at the New Orleans airport and cheese at the Madison, Wisconsin one. Give me the briefest time in a city I am not even actually stepping inside the limits of, or the chance at one more item to tick off a culinary bucket list on my way out of town, and I will take it.

The experience of airport dining was radically transforming before the COVID-19 crisis curbed all our travels. Not long ago, a plane ticket could grant you entry to some genuinely fine restaurants within the airports of LA, Nashville, Seattle and beyond. One Flew South, at Atlanta's Hartsfield-Jackson airport, innovatively promised not just elegant food but even "luxurious" atmosphere. If flying had become increasingly unpleasant, cramped and amenities-free over the last several years, airports themselves were getting nicer. Maybe if you're the type of person who likes to roll up at the last possible moment before departure, airport eating seems like a huge waste of time. But for the nervous, overprepared, or just stuck too many times in unpredictable traffic types among us, a nourishing respite between the TSA and the cattle call of flying seems remarkably sane and civilized.

I will admit however that even when airport dining is pretty trashy, I am still a fan. A giant bowl of Pinkberry somewhere near a moving sidewalk is my idea of a perfect breakfast. A bag of cocoa-dusted almonds from the Hudson News, is delectable. I have eaten sushi at the St. Louis Lambert airport; obviously, my standards are not as high as my tolerance for risk.

I suspect that for those of us who have struggled financially in life, eating and drinking at the airport feels almost recklessly indulgent, like not sneaking candy into a movie theater and buying it outright at the concession stand. "That's right," I think when I nosh at an airport, "I am a sophisticated citizen of the world who doesn't have Raisinettes in her pocket." I'm not just traveling, I've arrived.

I haven't felt like that in a while, just like I haven't torn off that first, folded square of toilet paper from a hotel room bathroom, or watched several episodes in a row of a mediocre HBO series I was only mildly curious about. All of those small, dumb things that used to make the journey more fun. I look forward to having all of them back. I can't wait to be out in the world again with a boarding pass waiting to be scanned. And when it finally happens, you can believe I'll remember once again that the journey of a thousand miles begins with a pit stop at Vino Volo.