We've enjoyed so many of the same shows that Obama has; we can't say the same for our lame duck's viewing habits 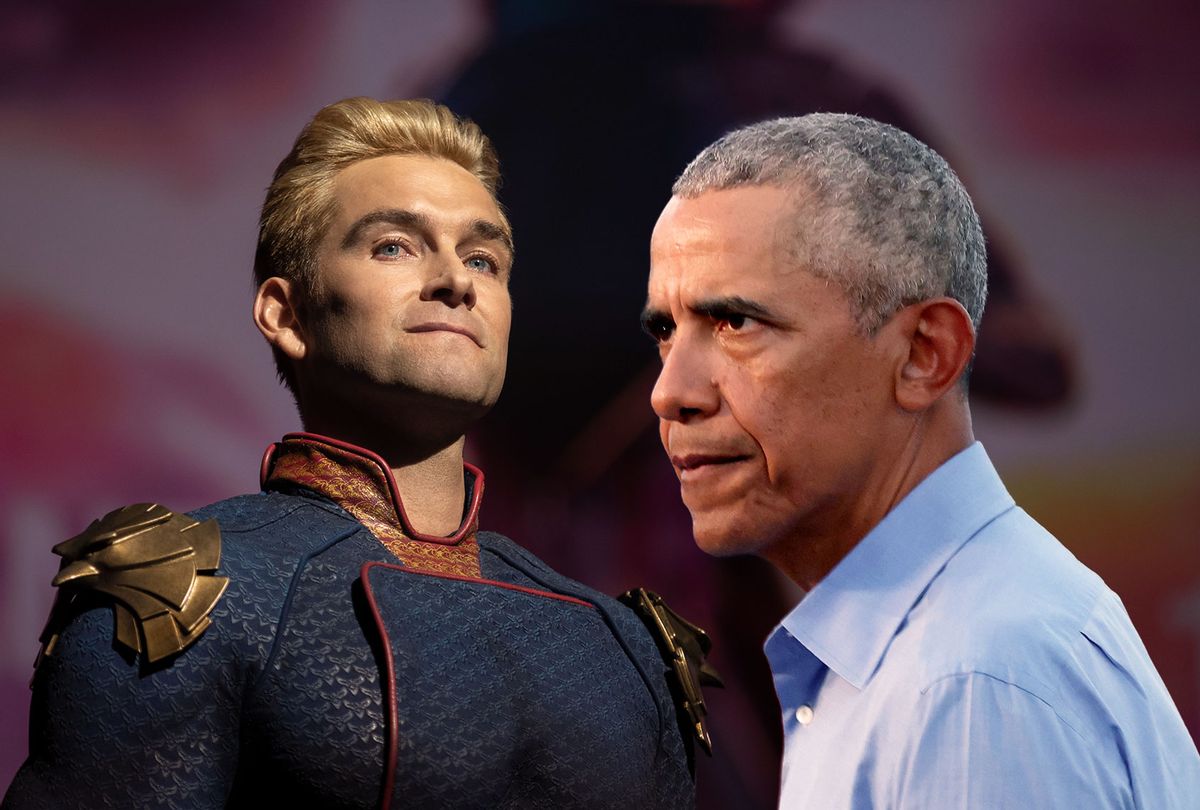 Over the past five years America's outgoing president has rarely been off television. In the meantime, the Obamas have quietly consumed popular culture along with the rest of us and better still, like so many of us. Over the summer Michelle Obama casually popped in the Instagram Live audience for several Verzuz battles – there to enjoy the music like millions of everyday folks, not angling for special attention.

Earlier this week former president Barack Obama shared a few favorite TV show titles with Entertainment Weekly, pleasantly shocking comic book fandom by mentioning "The Boys" among them. To convey a full understanding of why this was such a shocker, this is a series that included a scene of a supervillain strangling one of the protagonists with a very long appendage, thereby giving new meaning to the phrase "grower not a show-er."

This was but a moment in a slam-bang, hyper-violent season that doubled down on the larger arc's critique of superhero worship and how easily a nation can be seduced into embracing fascism. Not exactly escapist fare for the average person, but to a man who's still being slandered by right wing media and current (but not for long) occupant of the Oval Office? It must be cathartic, I imagine.

The rest of his top TV list, released on Friday, is much more presidential and brimming with prestige: "Better Call Saul," fluid chess tale "The Queen's Gambit," the devastating "I May Destroy You," "The Good Lord Bird," "Devs," "Mrs. America," "The Good Place," and two excellent shows about his hometown, "The Last Dance" and "City So Real."

Like everyone else, we were stuck inside a lot this year, and with streaming further blurring the lines between theatrical movies and television features, I've expanded the list to include visual storytelling that I've enjoyed this year, regardless of format. pic.twitter.com/a8BS8jDkSs

Debate the merits of each of these choices all you like, but there's enough variation on here that speaks to its realness, that lets a person know that this is someone who enjoys the quotidian pursuit of watching TV as much as the average person. These are the choices of someone who shares an ordinariness with regular people even as he is living an extraordinary life. (His range of movie favorites has a narrower appeal but is impressive nevertheless, and anyway I don't expect Obama to publicly stan, say, "Bill & Ted Face the Music.")

Bitter partisanship cannot overcome the connecting power of TV appreciation, but if you have some respect for Obama then perhaps you can appreciate his understanding of what popular culture means to everyday people.

Donald Trump may be the master of manipulating his way on to television and using it to persuade half of the country to abandon logic and fact, but one thing he's never leveraged skillfully – if at all — is the medium's power as an equalizer, its ability to reach the widest swath of people and invite them into conversation.

Fox News viewers likely disagree with this given the regularity with which Trump turned up on all of its primetime programs in the flesh, and over the phone with "Fox & Friends" or Jeanine Pirro. That strategy is about making sure he remained the star and always on.

Besides, the character Trump has played for most of his life claims to have no time for TV, although multiple reports say watching TV is how he spent most of his days while in office. Then again, if a show is about you, and for you, are you watching it or gazing into your own reflection? A question for any philosophers who aren't pondering "The Good Place" and have nothing else better to do.

If Trump does have an end-of-year TV list surely it includes the same suspects that topped it last year, minus Tucker Carlson's hour. "Hannity," it goes without saying, along with "Justice with Judge Jeanine," "Mornings with Maria" starring Maria Bartiromo and her Fox Business News colleague Lou Dobbs, host of "Lou Dobbs Tonight," who is still spreading the lie that Trump could overturn the election results and retake the White House.

However, Dobbs isn't in the same ballpark of cuteness as the rotating slate of hosts at OANN, who resemble every Tracy Flick wannabe you've ever encountered and spew every conspiracy theory you can imagine. OANN is abundantly stocked with "The Apprentice" honchos type, making it hard to guess which program is his favorite.

Is it "Tipping Point with Kara McKinney" a show whose listless host never met a negative mischaracterization of Black Lives Matter she didn't believe? Or is it "In Focus" host Stephanie Hamill, who resembles Ivanka enough to make any admiration Trump expresses for her seem uncomfortable? It's easier to surmise instead that Trump probably enjoyed "Surviving Jeffrey Epstein" but for all the wrong reasons. Sadly this is not a joke.

All of these guesses demonstrate the difference between these two men, not merely in taste but in temperament. Trump's favorite TV series are his conduits for exposure, and they're only as good as they are effective in talking at us about what he thinks regardless of how displaced from the truth those brain blurts may be.

In contrast one can mull over Obama's list and search for like themes, qualities that link one to the other. He's explained why he likes each one, but sometimes a series reveals things about its observer that the person doesn't say.

Aside from those loftier suppositions, the thrill of posting end-of-year lists of what's best in entertainment isn't in showing off our taste level or proving our opinion is "right" or "wrong"; by definition there's no such thing. Instead it's a reminder that we are united around experiences in our own time and our own living room.

Each show can be a neutralizing magnet, and each reminds people who gravitate to it that we share something in common. In these spaces it is possible to concede that although our politics don't jibe, at the very least we can meet on this ground, peacefully sit and take in the view.