For many in the Jewish community, so-called "Christian Seders" are "100% cultural appropriation"

Why many Evangelicals are baking challah crosses, roasting lamb Jesuses and overlooking 2,000 years of harm 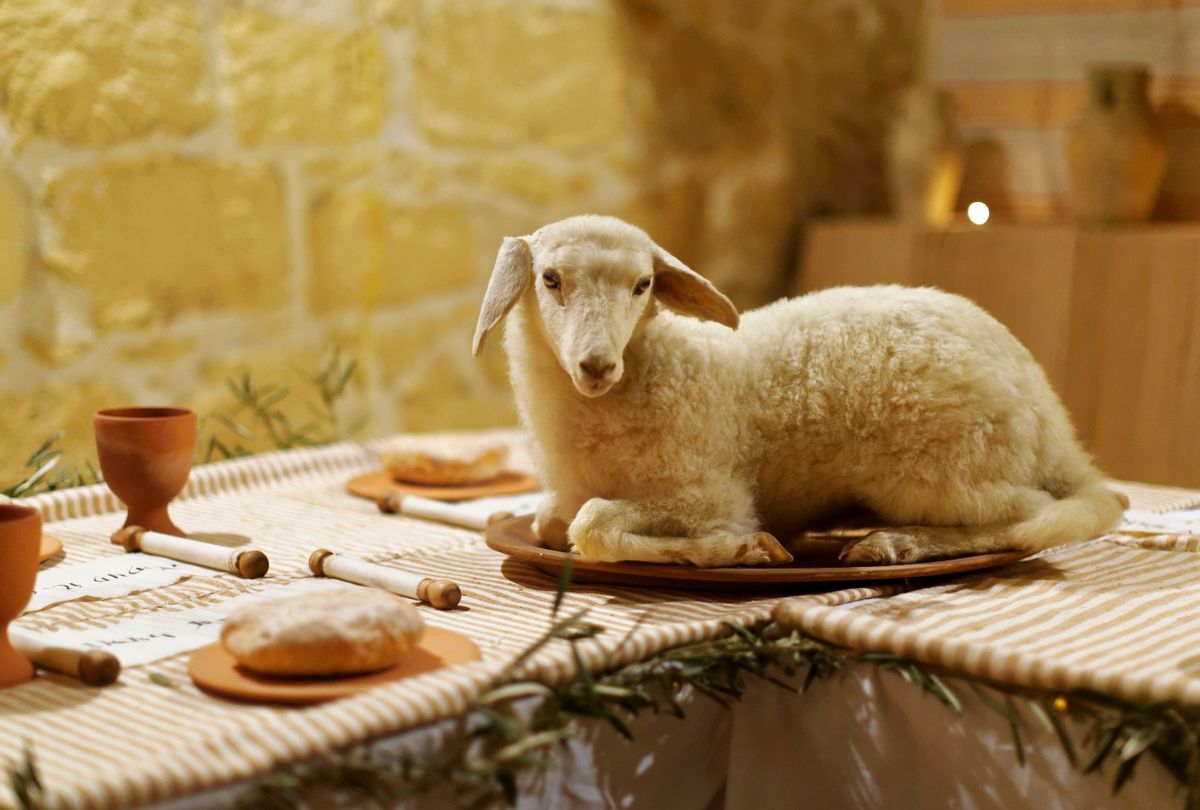 On Sunday, an image began circulating on social media of a challah loaf that had been braided into the shape of a cross. It was the centerpiece of a "modified Seder meal" that had been hosted by Carly Friesen, a Christian lifestyle coach, who served it alongside roast lamb, a lemon poppyseed cake and what appeared to be a Caesar salad topped with toasted croutons.

"Today we celebrated Passover in our own way for the first time as a family," Friesen wrote in an since-deleted Instagram post about the meal.  "We had a modified Seder meal to start with a reading of the first Passover and recognizing Jesus as the final Passover lamb sacrificed for us."

Once the image hit Twitter, it quickly went viral. In part, it was because so much of Friesen's meal contained yeast. During Passover, Jews refrain from eating chametz, which is traditionally anything that contains barley, wheat, rye, oats, and spelt and is not cooked within 18 minutes after coming in contact with water. No leavening — like the kind used for the challah, cake and croutons — is allowed.

It's also customary to clean all the chametz out of one's house, by either cleansing the house, boarding up pantries or selling the grains to their non-Jewish neighbors to buy it back at the end of the holiday. "The ONE F**KING DAY your bread isn't supposed to have yeast in it, and the Evangelicals can't even get that right for their LARP," one Twitter user responded with an eyeroll emoji.

However, the images of Friesen's meal serve as a blatant visual metaphor for the growing trend of American Christians, especially Evangelicals, co-opting the traditional Jewish Passover Seder and hosting so-called "Christian Seders." All over the country, Christian churches and Bible colleges have been holding annual "Easter Seders," which are often completely divorced from Jewish history and ritual of the tradition, and rarely have any actual Jews in attendance.

Although Jewish food writer Dina Cheney could understand the general appeal of Seder as a way of commemorating an escape from oppression, she points out that its celebration is tied to a unique experience. "The Seder is really about the Jewish experience — specifically the Jewish people's liberation from slavery in ancient Egypt," she wrote to Salon via email.

"The ritual foods and prayers that encompass it are also specific to that history; for instance, the haroset (fruit and nut paste) represents the mortar used by the (Jewish) slaves as they labored," she added. "So, overall, I would say it's strange for anyone who is not Jewish to conduct a Seder. Instead, I think it would make more sense for them to devise a ritualistic meal that speaks to their own cultural experience." 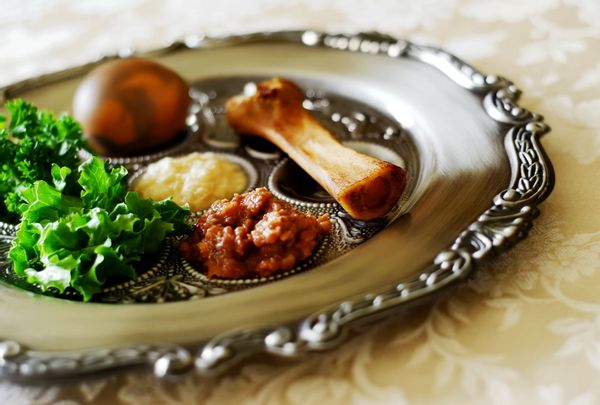 Robbie Medwed is a Jewish day school instructor who lives in Atlanta. He said that he finds the adapted celebrations to be "100% cultural appropriation" because Christians' celebrations of the Seder are ahistorical.

"The Seder itself is an event that didn't come into being until after Jesus died, so Jesus never participated in a Passover Seder," Medwed said. "There's no historical record of it because it never happened. Three of the four Gospels point to Jesus having a Passover meal, but there's even disagreement among the Gospels about whether or not that was pre-Passover or actually on Passover."

"Most of the rituals that we know of from today's Seder were invented long after Jesus was ever even alive," Medwed said. "So, the main thing is that it's taking something that is now entirely Jewish without any Christian roots whatsoever — or any joint roots — and it's completely changing its meaning. I've seen a lot of people who turn the idea of the Passover sacrifice of the lamb and say, 'That's actually Jesus.' And when you take a Jewish symbol and completely transform it like that, it becomes incredibly offensive."

Many Christian seders also shift the meaning of other traditional elements of the meal. The unleavened matzo, for example, is reimagined as the body of Christ, which is traditionally represented through leavened bread during the Eucharist.

Medwed feels like social media has definitely contributed to the spread of the Christian Seders. There's of a growing number of Evangelical lifestyle influencers on social media who share curated images of their celebrations as content. Additionally, searching the term "Christian Seder" returns hundreds of results on social media, making it easier for church and Bible study group leaders to spread and mimic.

"It's a lot easier to share ideas from one place to another, it's a lot easier to copy programs," he said. "People don't need to reinvent the wheel, they can literally download a program and put it on in their own church or their own place without having to give it much thought."

According to Kendall Vanderslice, a food historian who specifically studies the history of church meals, the practice of Christian Seders often largely emerge in Evangelical spaces where some of the liturgical rituals associated with traditional Christianity — feast days, for instance — aren't necessarily part of their faith practice.

"I think there is a longing for some kind of connection or tradition or tethering, which I think is a sort of very human longing, especially right now," Vanderslice said. "I think this is both sort of a sign and a symptom of this lack of grounding to Christian tradition, because there's a kind of ahistoricity there. There's the lack of understanding on the part of Christians who think that the Seder as it's practiced now is the Passover meal that Jesus would have had at his Last Supper."

Vanderslice said that, for some, there's also ignorance of how deeply Christianity has been used to harm Jewish people; while she doesn't believe that many of the Christians who are hosting these celebrations do so malevolently, "they're just totally overlooking 2,000 years of harm that's been done and shifts that have happened in both religions."

Cara, who asked to use only her first name for privacy reasons, is an former Evangelical — or "exvangelical" — who attended a small, conservative Christian college in the midwest where the students and teachers would hold an annual Seder in the dining hall.

"You're trusting a bunch of college students who have a rudimentary grasp of what any of this is about, who aren't Jewish, to host this," she said. "There's no wine because it's a dry campus. They're printing stuff they found on the internet and really trying to make it work, but it just kind of took the heart and soul out of something that is really important to a lot of people and commodified it, or stripped it of some of its meaning."

She said that looking back on it now, she feels a deep amount of "cringiness," especially because she went on to work as the assistant director of her town's Jewish Family Services.

"You didn't have to be Jewish to work there, but I worked in our local temple," she said. "Once I was part of the Jewish Family Services family, I was always getting invited to things and that was really cool because there's something different about being invited into a celebration that someone has been having for many years. It's very special and meaningful, and I think that allows you to learn something."

Attending as a guest to a Jewish Seder is a vastly different experience from the people who are trying to replicate the tradition and assign their own meaning to it.

"I think that the desire to be interested in other cultures is not wrong," she said. "I just think that the way that people are going about it is very wrong."