From "Mortal Kombat" & "Kung Fu" to the rise of anti-Asian hate, there's a renewed interest in Asians fighting back 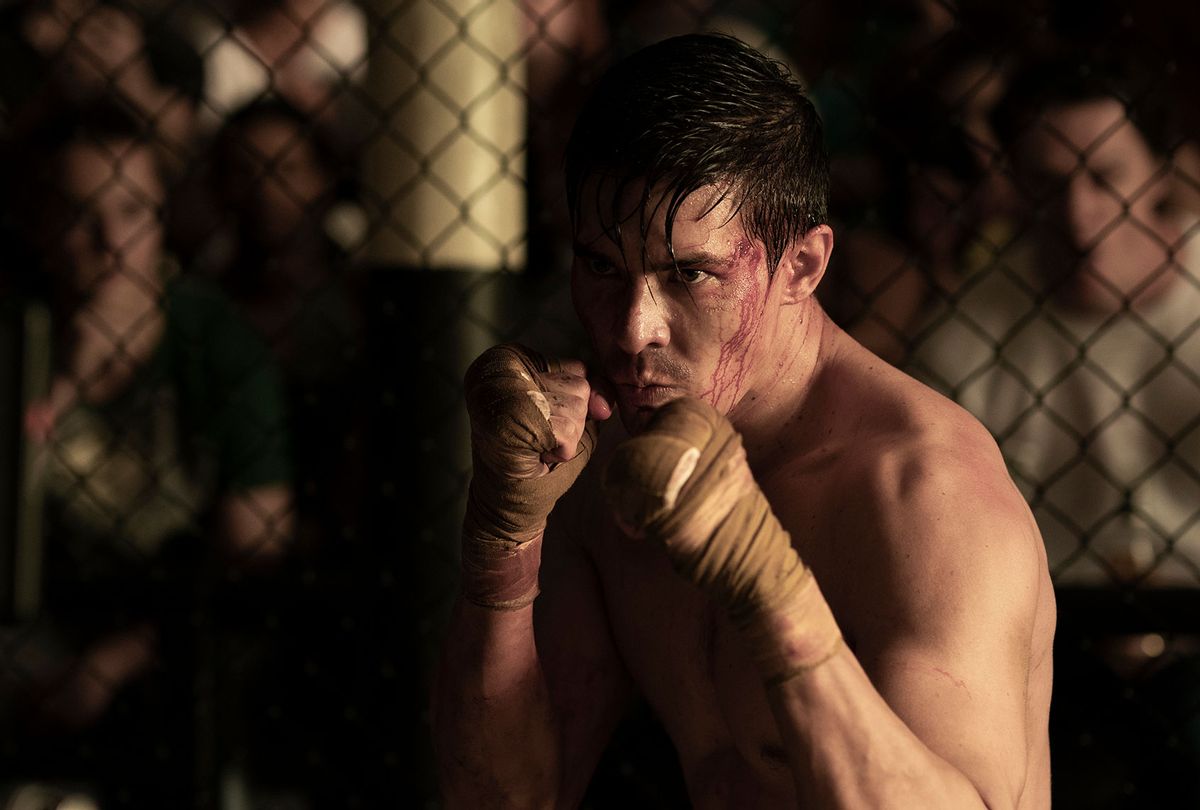 When I was five years old, I broke a bully's nose. Having exhausted every diplomatic skill I possessed — Care to join me and Mr. Bear for a tea party? Want to do a "Highlights" puzzle with me? — I punched him. I had no philosophy of combat. Kindergarteners rarely do. He was a Nelson Muntz who violently bullied everyone, and that punch was so deserved I don't think anyone even bothered to tell my parents.

I didn't use any martial arts moves because I didn't know any. But for many Asian Americans, martial arts are as central to their childhood memories as "Teenage Mutant Ninja Turtles" and videogames. Including "Mortal Kombat."

Actor Lewis Tan, star of the latest big-screen "Mortal Kombat" iteration, shared his own relationship to martial arts on Twitter: "Started at 5 years old to winning my first kickboxing competition at 16, to fighting on the big screen in one of my greatest childhood games. Dedicated for life, hard work pays off. I will be a student forever."

First an arcade game, then a videogame, the rebooted film version of "Mortal Kombat" is landing before audiences as a harbinger of future possibilities while also reaching back into the past. The 1995 film version was cheesy, this is true, but also noteworthy because it featured an Asian actor (Robin Shou) as the lead. The 2021 version reclaims the hard-R ultraviolence of the game itself, while also setting it inside a universe that is unapologetically Asian. In 1995, Lord Raiden was played by Christopher Lambert (whom I adore, but he's the Highlander.) This time around, Asano Tadanobu is playing that role.

The history of "Mortal Kombat: The Movie" is a good reminder that representation matters, and advocacy can work: it was the outrageous casting of Scarlett Johanssen as Motoko Kusanagi in "Ghost in the Shell" and Tilda Swinton as an Ancient One  in "Doctor Strange," among others, that finally convinced the public that Asians actors ought to be cast in Asian roles. Crucially, many of the new "Mortal Kombat" cast members have long embraced martial arts as being central to their identity, including the biracial British-Chinese lead. Playing a new character named Cole Young, Tan's arc drives the reboot, even as Tan himself is calling on viewers beyond the fandom to support Asian characters, actors, and stories – referencing the campaign to fill theaters when "Crazy Rich Asians" premiered.

Onscreen, Asian America is flexing its muscles. Suddenly it seem as if big-budget martial-arts fantasy epics are everywhere — Marvel's upcoming "Shang-Chi and the Legend of the Ten Rings"; the Cinemax-turned-HBO Max historical Western "Warrior" conceived by Bruce Lee; and the CW's reboot of "Kung Fu"— and they're starring Tan, Joe Taslim, Simu Liu, Andrew Koji, and Olivia Liang, plus a host of other Asian actors in major supporting roles.

But the history of Asians in America is complicated, and so too is that association between Asians and martial arts. Is claiming martial arts a way to honor your cultural roots, or is it perpetuating a stereotype? Why are Asians so often turned into sidekicks in their own story, even when they're the ones doing the fighting?

For novelist Claire Light, whose fantasy/mystery hybrid "Monkey Around" reflects her longstanding appreciation of martial arts, Hollywood's "new" interest in martial arts is, more accurately, an "old" interest, perhaps best summed up by the two film versions of "Mulan." In Western imaginations, she notes in an email to me, the '90s animated version cemented the cultural connection between "Asian" and "martial arts." This association was further strengthened with the rise of the DC and MCU universes, in which nearly all superheroes deployed some form of martial arts. The big-budget, live action version of "Mulan" was attempting to merge a "realistic" story with the heavy GCI and otherworldly powers of the superhero genre. But when it hit movie theaters, so too did COVID-19. 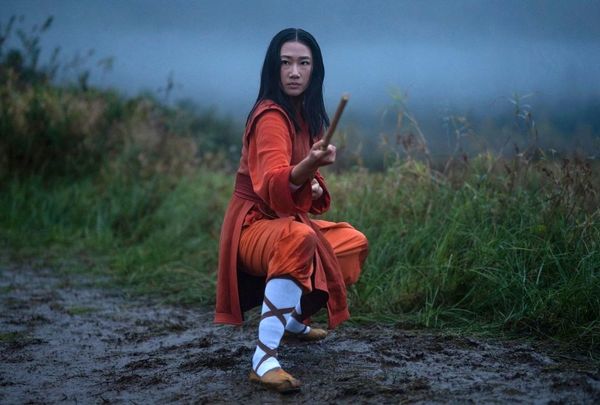 The pandemic has not only reshaped the way we consume mass entertainment, it has galvanized conversations about racism against Asian Americans. Previously, this topic had been nearly impossible to broach; the very idea that the "model minority" experienced systemic racism was waved away as minor feelings and petty grievances. The most recent Pew Survey reveals that violence against Asian Americans is indeed increasing, prompting the U.S. Senate to pass an anti-Asian Hate Crime bill. In New York City, Ava Chin and Alison Kuo have launched Sisters in Self Defense specifically for Asian American women and seniors; the inaugural class attracted about 60 people, including mothers and daughters.

"People are scared, and there's a real need for this kind of thing," Chin tells me. In response to the ever-rising tide of racial animus in this country, Asian America is expressing a renewed interest in martial arts — both in seeing it onscreen, and practicing it in real life.

But practice, power, and politics all move at asynchronous paces, and not necessarily in the same direction. What happens when actual Asians use martial arts in real-life situations? Sakura Kokumai, a seven-time National champion and member of the US Olympic Karate Team, was the recent victim of a hate crime, and the man who aggressed her subsequently punched an elderly Korean couple. If this was a scene from a movie, she would have round house-kicked him to the curb. In the real world, however, she simply used her phone to film him, probably mindful that she had to remain proportionate in her physical response to any attack, and using her skills could have derailed her career, or worse. (No, black belts do not have to register their hands as deadly weapons. This is a myth.)

Meanwhile, even as police forces around the country are still being trained by "killologist" David Grossman (who describes the actual killing of humans as an aphrodisiac but thinks videogames are too violent), police Sgt. Eddie Chan is being investigated by internal affairs for posting a video showing off his martial arts skills to the theme music from . . . "Mortal Kombat."

In real life, Asians using martial arts have to contend with invisible powers: the architectures of control, the appetites of capitalism, the assumptions of a social order that punishes anyone who steps "out of line." The sudden studio investment in Asian-themed film and TV productions does not mean that anti-Asian racism is a thing of the past. It chiefly reveals that diversity is profitable inside the global marketplace.

The argument for diverse representation onscreen has always had two major prongs: one, that real life is diverse, and it is both boring and self-defeating to keep repeating the same stories; two, that the entertainment industry is a business, and discriminatory casting ultimately prevents actors of color from practicing their profession. Actors live in the real world where representation matters at the level of the political. In this country, Asian creators still report being rejected for being "too Asian" yet also "not Asian enough," their scripts passed on due to the absence — or presence — of martial arts storylines; or they are told that their Asian fantasy project won't sell because it's already been done by a white writer. Ironically, this last may be the root of "Mortal Kombat"'s major conceptual flaw: its actors are (finally) Asian but its sensibilities are not, irrespective of how many martial art moves it includes.

Fantasies such as "Mortal Kombat" aren't message movies. Their job is to divert, hopefully to entertain. For the best science fiction and fantasy to use the supernatural to illuminate the lineaments of ordinary oppression, it has to know where those invisible lines are in the first place. "Mortal Kombat" is not pushing visual or storytelling boundaries. What it is doing, as Amy Z. Chan remarked to me, is using martial arts to show Asian Americans as being "worthy of starring in stories that feature our character's journeys." Every film like this makes it possible for Asians to better see themselves as Americans, fighting for the right to be ordinary heroes of their own lives.