Candace Owens: If a Black woman can play Anne Boleyn, then a white man should play Obama 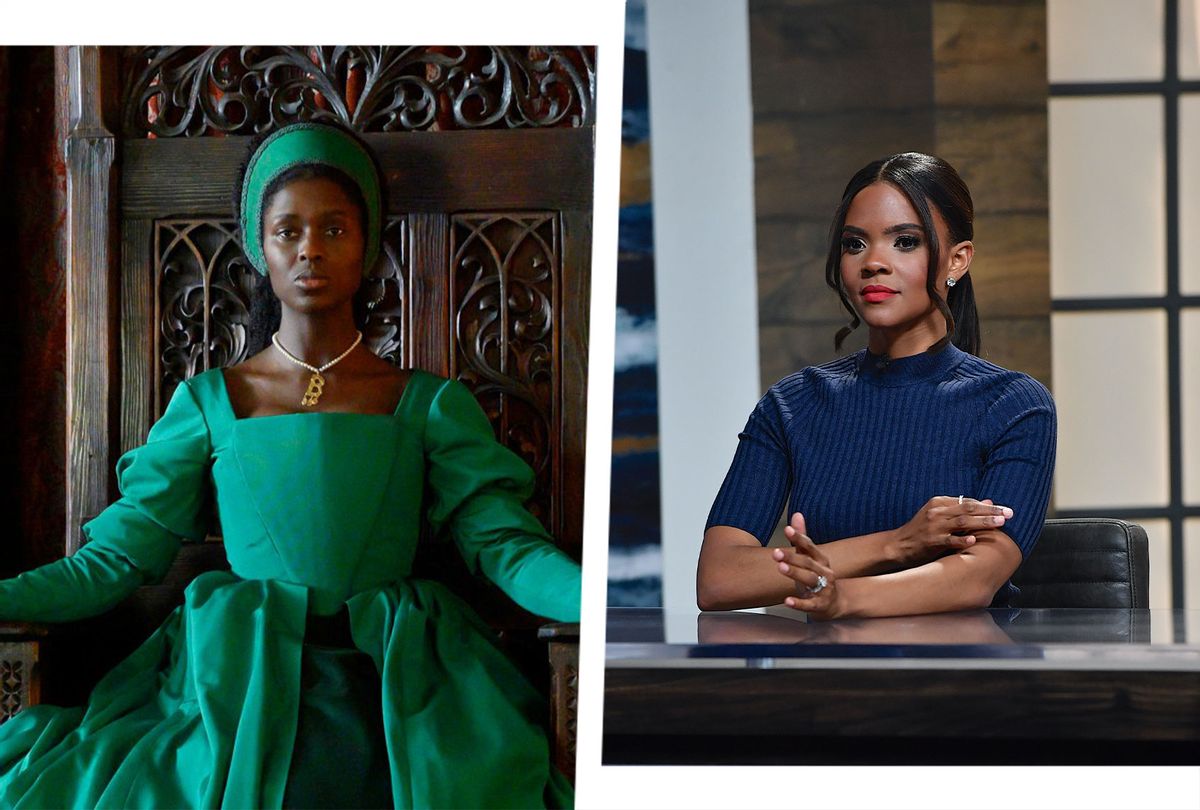 Last fall, UK broadcaster Channel 5 announced that Jodie Turner Smith, a Black woman and star in comedy-thriller "Queen & Slim," would play Anne Boleyn, the second, doomed wife of Henry VIII, in an upcoming historical drama series called "Anne Boleyn." Smith's casting and her acting have been widely praised, but of course, that hasn't stopped an onslaught of racist backlash in response to her playing a white, English queen from the 16th century.

This week, a new voice entered the chat on Smith's casting, as conservative firebrand Candace Owens weighed in via tweet. "I'm actually totally fine with Jodie Turner playing the role of Anne Boleyn so long as the radical left promises to keep their mouth shut if in the future Henry Caville [sic] is selected to play Barack Obama and Rachel McAdams can play Michelle," Owens wrote. "Not double standards- K?"

Owens, as usual, has remarkably missed the point, here, which is that people of color playing white historical figures or famous people isn't the same thing as white people playing people of color. The former poses a meaningful challenge to white supremacist power structures, and helps begin to make up for years of entertainment industry whitewashing — the latter simply builds upon said entertainment industry whitewashing. Very different things.

It's also worth noting historical dramas take liberties all the time with their portrayals of history, and historical figures' appearances. Specific to the story of Anne Boleyn and Henry VIII, as Anita Singh points out in the Telegraph, Showtime's "The Tudors" represented the aging, famously rotund, redheaded king as thin, handsome, and sensual, well into the later parts of his life, as he was played by then-30-something Jonathan Rhys Meyers. Yet, historical liberties that uphold whiteness and serve the white gaze don't draw the same backlash about being true to history.

One thing we can agree with Owens on is that a movie starring Henry Cavill and Rachel McAdams as a loving married couple sounds like a great movie — just not playing the Obamas, please.

In a recent interview for Smith's cover story with Glamour, the actor recounts ultimately not being surprised by racism she faced in being cast as the mother of Elizabeth I. "I did know it would be something that people felt very passionately about, either in a positive or a negative way, because Anne is a human in history who people feel very strongly about," Smith said. "More than anything, I wanted to tell the human story at the center of all of this."

And she's right: Anne Boleyn is a well-known and oft-maligned historical figure, whose most famous historical fiction portrayals don't exactly paint her in the best of lights. "The Other Boleyn Girl" and "Wolf Hall" — historical dramas based on popular novels — portray the queen as a cold, scheming homewrecker void of redeeming qualities. But the truth is, as Smith points out, Anne's was ultimately a "human story," one of a complicated woman who was certainly ambitious, and a passionate advocate for church reform and wealth redistribution. Anne was also a loving mother, something Smith told Glamour she could relate to, and Anne was eventually betrayed and killed by her own husband in one of the great tragedies of the long history of British queens.

Anne's story has been told and reimagined dozens of times, including by Showtime in its sympathetic and critically acclaimed portrayal of her by Natalie Dormer on "The Tudors." Pop culture references to the queen who lost her head are so frequent and popular that they're even the subject of Susan Bordo's 2013 feminist cultural study, "The Creation of Anne Boleyn." But Smith's performance as Anne in "Anne Boleyn" will mark the first time a non-white woman plays her onscreen — an exciting casting choice that arguably honors the late queen's penchant for breaking with tradition, and being an "outsider" at the royal court.

Despite racist attacks and offensive comments like Owens', Smith's role in "Anne Boleyn" marks an exciting win for diversity in media. The first of the three-part series premiered on Channel 5 on Tuesday this week.