"Beauty and the Beat" at 40: The Go-Go's landmark debut ushered in a musical new wave

A look at the album, from "We Got the Beat" to "Our Lips Are Sealed," that broke barriers with its sound 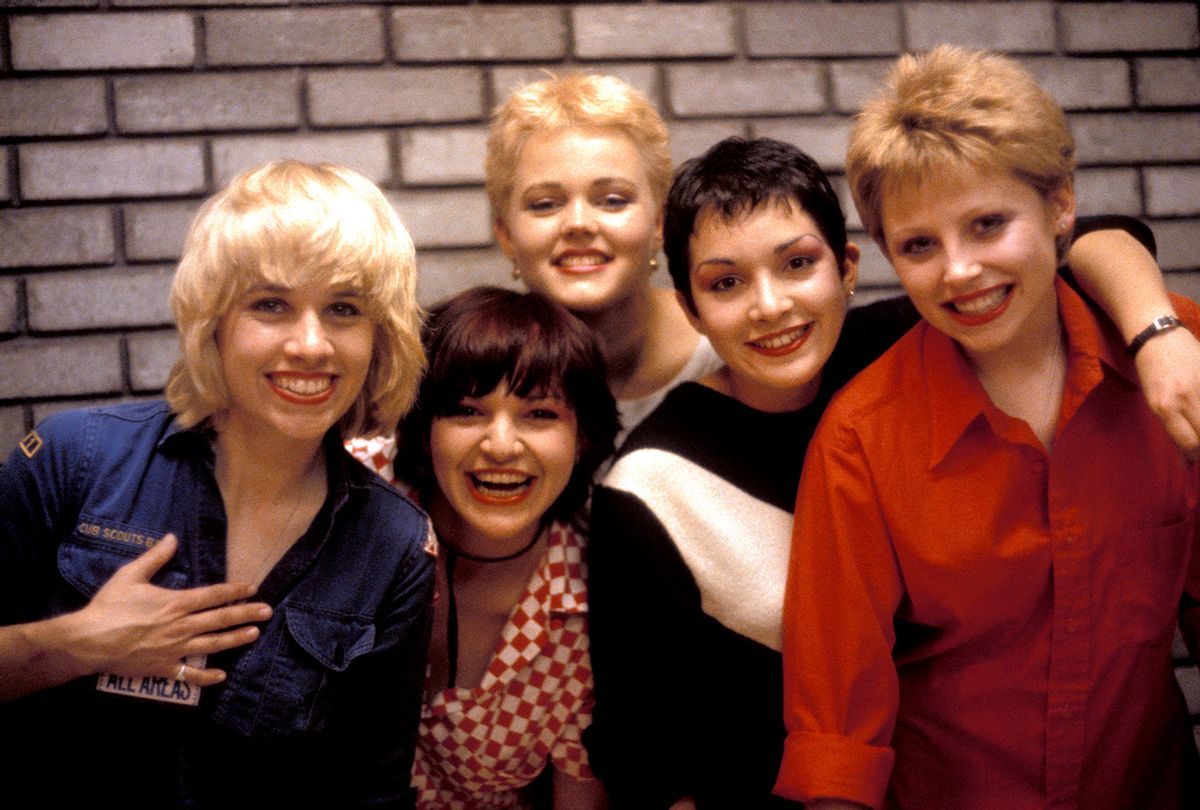 On July 8, 1981, the Go-Go's released their debut album, "Beauty and the Beat." To call the LP a watershed musical moment release would be underselling the album's influence.

Musically, the quintet's mix of nervy pop, gritty punk, rock, and girl-group harmonic gleam was a revelation. The five members — vocalist Belinda Carlisle, guitarists Charlotte Caffey and Jane Wiedlin, bassist Kathy Valentine, and drummer Gina Schock — were cool and confident onstage. These were talented women making music their way, following their own unique path — and showing legions of fans that they too could carve out space for themselves anywhere.

Thematically, the band softened punk's defiant stance with lyrics relatable to everyday life. Like the Go-Go's themselves, the characters of "Beauty and the Beat" were savvy and smart. Even if things didn't go quite according to plan — for example, "You Can't Walk in Your Sleep" uses the extended metaphor of insomnia and sleep disturbances (relatable!) to convey frustration over life's status quo — there was never a sense of feeling bleak or trapped.

For example, the more personal, inward-looking songs offer complexity, and the knowledge that the gap between what you want — and what you get — can be vast. "How Much More" smolders with longing, as well as a bit of jealousy and light self-loathing ("She's looking good/Just like I would/If it could be me") while the iconic "Lust to Love" speaks of the universal experience of falling for someone (and losing "control of the game") that was only supposed to be a no-emotions-attached fling.

Yet the characters of "Beauty and the Beat" have agency, and aren't passive participants in any life experience. The romantic co-conspirators of "Our Lips Are Sealed" use (what else?) the silent treatment to combat any rumors or jealousy. And the main character of "Fading Fast" is trying to convince herself an ex is a distant stranger ("Are you just another boy / That I met long ago?") because they're a jerk: "You had me all to yourself/I thought that you were such a prize/I finally came to my senses/When I heard just one too many lies."

"Beauty and the Beat" also updates common lyrical imagery for the modern age. This collision of the classic and contemporary sounds fresh: "We Got the Beat" mentions dance moves such as the Watusi and the Pony as inspirations for the youth of today, while "Skidmarks on My Heart" uses a car metaphor to speak to a faltering relationship torpedoed by personality differences with a soon-to-be-ex: "I buy you cologne/You want axle grease/You say get a mechanic/I say get a shrink." And "This Town" plays up the grit and glamour of their L.A. hometown, with piercing observations and incisive commentary.

Despite a high profile on the L.A. club circuit, the Go-Go's initially had trouble landing a record deal. "We were told, 'We love you. We can see that everybody loves you, but there's never been an all-female band that has been big. I mean, you've had cult-level successes, like the Runaways and Fanny, but as far as having a big chance of success note, because you're all women, there's never been anything before, you know, like you, so I'm sorry, we'll pass,'" Carlisle told Yahoo Entertainment in 2020.

There are many layers to the sexism permeating that quote. A past lack of (perceived) success shouldn't be any indication of future musical fortunes. Blaming a lack of precedent for passing on something that sounds new or different is why music often sounds so homogenous — and why many non-cis-men have to work twice as hard to achieve success.

More than that, the idea that only one woman (or group of women) can be successful at a time is an unfortunately common (and pernicious) sentiment. It leads to artists being positioned against each other — Madonna vs. Cyndi Lauper, Britney Spears vs. Christina Aguilera, Taylor Swift vs. Katy Perry — and quashes opportunities for other acts. Plus, it's absurd, insulting and condescending to view women as some kind of monolith. As has been said many times before, in so many words, "female-fronted" or "women rocker" isn't a genre.

And so that the Go-Go's transcended that stone-age mindset was impressive enough. But that the Go-Go's toed the line between pop, rock and punk so adeptly also made them singular. Today, countless bands mix these influences together; however, at the time, this merger of sounds and scenes gave them a distinct edge.

"To me, it's still what our band is: we have those pop melodies, but we have that punk drive, the undercurrent of being a punk band," drummer Gina Schock told NPR Music in 2020. "I feel like our music is always that way, but that first album is pretty pop-sounding."

For the latter, band members have credited "Beauty and the Beat" co-producer Richard Gottehrer, who co-wrote indelible '60s hits "My Boyfriend's Back" and "I Want Candy" and also produced Blondie's first two albums. (His co-producer was Rob Freeman, who is also credited on the LP as engineer and mixer.) At first, Gottehrer's approach to the album — the songs were slower and more polished than the Go-Go's were used to — was difficult for the band to take.

"We were crying, and cursing him, and it didn't even sound like us, because it didn't sound like us live," Charlotte Caffey told NPR Music in 2020. "A few months later, when we finally got 'Our Lips Are Sealed' on the radio, then I understood, in that moment, what he was trying to achieve: People would listen to us."

It's difficult to believe now, but that wasn't necessarily a given. To illustrate how novel the Go-Go's were in 1981, it's instructive to look at the rock charts from back then. For example, the band's first single, "Our Lips Are Sealed," peaked at No. 15 on Billboard's Rock Top Tracks chart for the week of December 5, 1981.

That week, the Go-Go's were the highest-ranking women-driven act on the chart; every single song ahead of them was by a male solo artist or all-male band. Overall, just nine songs out of 60 (or 15%) featured female vocalists. The only other prominent women to appear in the entire top 60 were Stevie Nicks (who had three songs, all from her smash debut "Bella Donna"), Pat Benatar, Quarterflash's Rindy Ross, and The Pretenders' Chrissie Hynde.

There were small signs things were changing: That same week, both the Plasmatics and Joan Jett were new adds on the chart. However, when the band's second single, "We Got the Beat," reached a high of No. 7 on the rock singles chart on April 17, 1982, things were still male-dominated. Joan Jett had two songs in the top 20, while a live Stevie Nicks song, Human League's co-ed "Don't You Want Me" and a song each from Bonnie Raitt and Quarterflash were it. This time, just 11.7 % of the rock chart had a female vocal presence.

There's never been any doubt that "Beauty and the Beat" has a permanent place in music history. In March 1982, the album reached No. 1 on the Billboard 200 (then known as the Top LPs & Tape chart), where it remained for six consecutive weeks. It was the first album released by an all-female band who played their own instruments and wrote their own songs to top the Billboard album chart. However, 40 years later, the Go-Go's are still the only all-female band to achieve this feat — which is a clear indictment of how far music still has to go.

Still, the band's punk verve helped nudge rock and pop music out of the staid 1970s and into the more colorful, danceable '80s. The Go-Go's preceded the rise of British Invasion bands such as Duran Duran and Culture Club, pop greats Madonna and Michael Jackson, and a whole wave of unabashedly new wave acts. That the Go-Go's are finally being inducted into the Rock & Roll Hall of Fame this year is an important step forward to acknowledging not just their cultural influence — but their enduring status as musical trailblazers.

Beauty And The Beat Commentary Music The Go-go's