Your memory of 9/11 is probably wrong 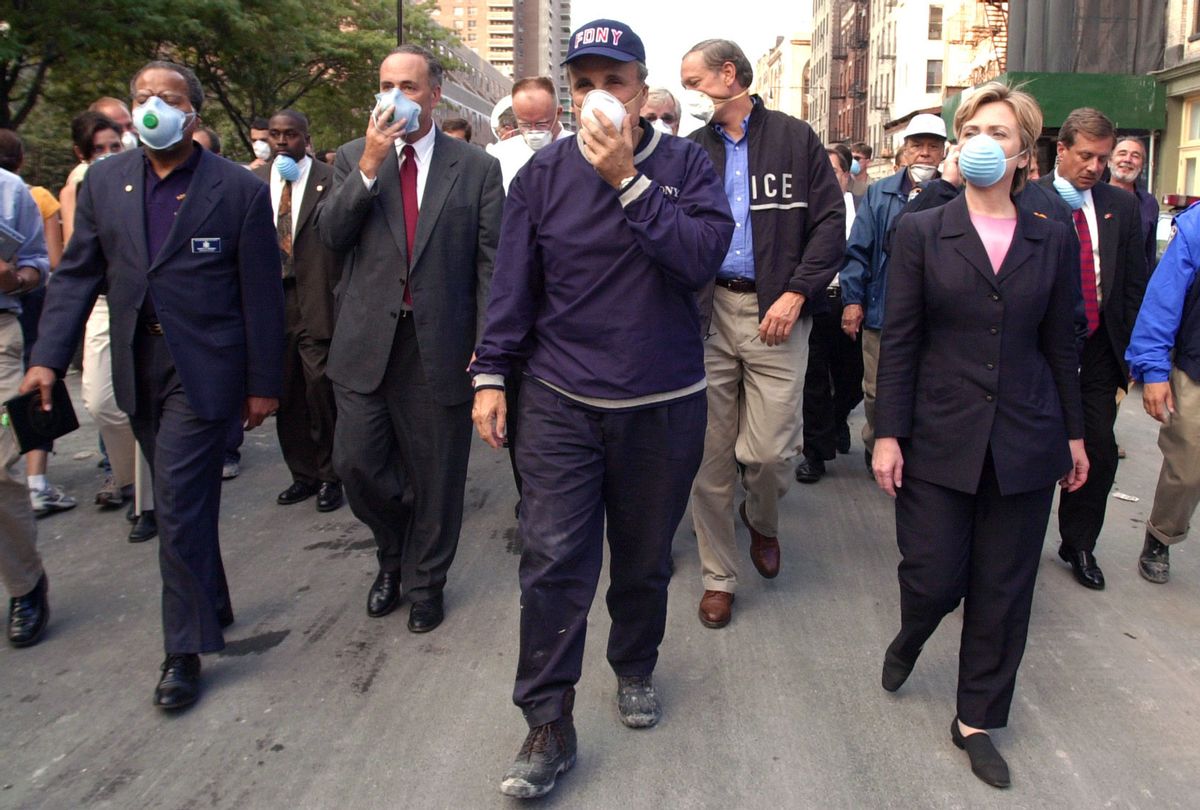 In my first recollection, the boom and the rumble when the plane hit the first tower were ominous. In that version of events, my husband was stepping out of the subway when he saw the plane hit the second tower, and I called him on his cellphone.

But that's not how it happened.

I did hear, from our little apartment on the other side of the river in Brooklyn, something odd that Tuesday morning. But I thought nothing of it until a coworker emailed that a plane had crashed into the World Trade Center. My husband was running late to his job in the West Village; so by the time he got out of the subway, both towers were already on fire. And neither of us yet owned a cellphone.

I know these things, when I focus in a little harder on what I know to be true about my life back then, but the memories feel authentic. That day — especially those earliest hours of it — has been chronicled, packaged, interpreted and misinterpreted so exhaustively over the past two decades that it's easy to remember things we only saw on television, or heard about later. It's easy to remember things that didn't happen at all.

In recent years, there's been a growing interest in the so-called Mandela effect, the phenomenon of a collective but incorrect memory, (or, as conspiracy theorists allege, a memory of events from an alternate reality). The term was coined in 2009, when writer Fiona Broome realized her detailed memory of the death of Nelson Mandela was impossible. Mandela was, in fact, still alive at the time.

Memory is a highly suggestible thing. Writing in Salon back in 2018, Dr. Jack Debeic observed, "Memories are biological phenomena and as such are dynamic… Reactivated memories are susceptible to modification." And, as he noted, traumatic memories create their own unique conditions and considerations. A collective trauma can create a blurry narrative.

In a study published in the Journal of Experimental Psychology, 2,100 Americans from across the country were asked how they learned of the 9/11 attacks ("flashbulb memories") and the facts of it ("event memories") one week, 11 months, 25 months and 119 months after the events. Researchers found that "Inconsistent flashbulb memories were more likely to be repeated rather than corrected over the 10-year period." Roughly 40% of respondents changed their personal stories over time, and then stuck to the changed version. Study author William Hirst told Time back in 2015, "You begin to weave a very coherent story. And when you have a structured, coherent story, it's retained for a very long period of time." If the memory doesn't make sense, make a different one.

But along with the simple and inevitable fallibility of the human mind, there's the intentional bending of reality in the aftermath of a catastrophe. We've seen it recently in the wake of the events at the Capitol on January 6. And we've seen it in the storytelling and myth-making around 9/11.

In 2015, Donald Trump claimed that he had seen a video of "thousands and thousands" of Muslims "cheering" in Jersey City as the towers came down. Fox News' Steve Doocy then corroborated the assertion, saying, "I actually remember things like that… According to my neighbors, they saw it with their own two eyes, there were people celebrating. I also remember there was video on television."

No such video aired, or has ever been found. "The reports of widespread celebrating were not true. Simply not true," New Jersey acting governor Donald DiFrancesco told ABC News in 2015,

In a similarly warped retelling of events, former New York City mayor and airport grooming aficionado Rudy Giuliani had to apologize to Hillary Clinton in 2016 after confidently stating that "I heard her say that she was there that day. I was there that day. I don't remember seeing Hillary Clinton there." While no doubt Giuliani was deeply preoccupied with bigger concerns at the time, Clinton never claimed to be in New York on 9/11 — and there are photos of her side by side with Giuliani touring lower Manhattan the day after. Confronted with the evidence, Giuliani chalked up his claim to a "mistake."

Somewhere in the gray area between mistakes and misinformation sit the urban legends and conspiracy theories. The bizarre falsehoods about the nature of the attacks and who was behind them have bubbled up and intensified over the years, while the creepy folktales have merely evolved. Have you heard the one about the kindly Muslim who, in repayment for an act of kindness from a stranger, cautioned that friend of a friend of your aunt's not to go downtown that fateful morning? Versions of the apocryphal tale date back to at least World War II, and have more lately morphed to sinister warnings of terrorist attacks that never materialized. It's so banal yet so portentous, it feels like the sort of thing you remember happening to somebody you knew. It also carries the aura of a folktale, one in which charity is rewarded with a life spared.

And then there's the fill-in-the-blanks kind of 9/11 story, the half-remembered, half-imagined one. Of the nearly three thousand people who were killed on that day, the remains of 1,106 have never been recovered. None is a greater enigma than Sneha Anne Philip.

Phillp was an internal-medicine intern who lived with her husband in Battery Park City. The last confirmed sighting of her was on September 10, 2001, shopping at nearby department store Century 21. Security footage shows a woman who resembles her in her building's lobby on the morning of the attacks, minutes before the first plane hit. After her disappearance, details of drinking, marital problems and a habit of frequenting lesbian bars and staying out all night emerged. Then, in 2012, there was the postcard sent to the confessional art project PostSecret. An image of the burning towers, and the message, "Everyone who knew me before 9/11 believes I'm dead."

Did Philip heroically run toward the towers that morning to help the countless injured, and then die in the ensuing carnage? Did she meet an even darker fate the night before? Or did she decide in those anxious first moments to seize a seemingly impossible opportunity and create a new life? Officially, she was declared dead in 2008, counted among the victims of the attack. But how she is remembered, the events of her life that shaped her, depend on what you believe. The truth is rarely clearcut; memory is too subjective for that. Just because you don't remember something, it doesn't mean it didn't happen. And just because you do remember it, it doesn't mean that it did.

I am not a journal writer, but ten days after 9/11, I tried to write down everything that I could recollect about the day. "I must have eaten lunch and dinner; I must have bathed the baby and read her stories, but I don't remember," I wrote, adding, "what I remember is the smell as I fell asleep." Not even two weeks after this intense experience, I had already forgotten so much of it.

In time, I would replace the forgotten with new, unreliable memories, creating a day that exists to some extent only in my imagination. But I still vividly remember that smell; it's burned into my mind. When I think about it, it's like I'm right back there. A bright Tuesday morning. Primary day. My bagel and coffee. My baby sleeping fitfully in the crib next to the bed. A sudden noise. And it feels as real as if it happened today.