Want a more decadent chocolate cake from the box? Add a spoonful of Duke's Mayo to the batter 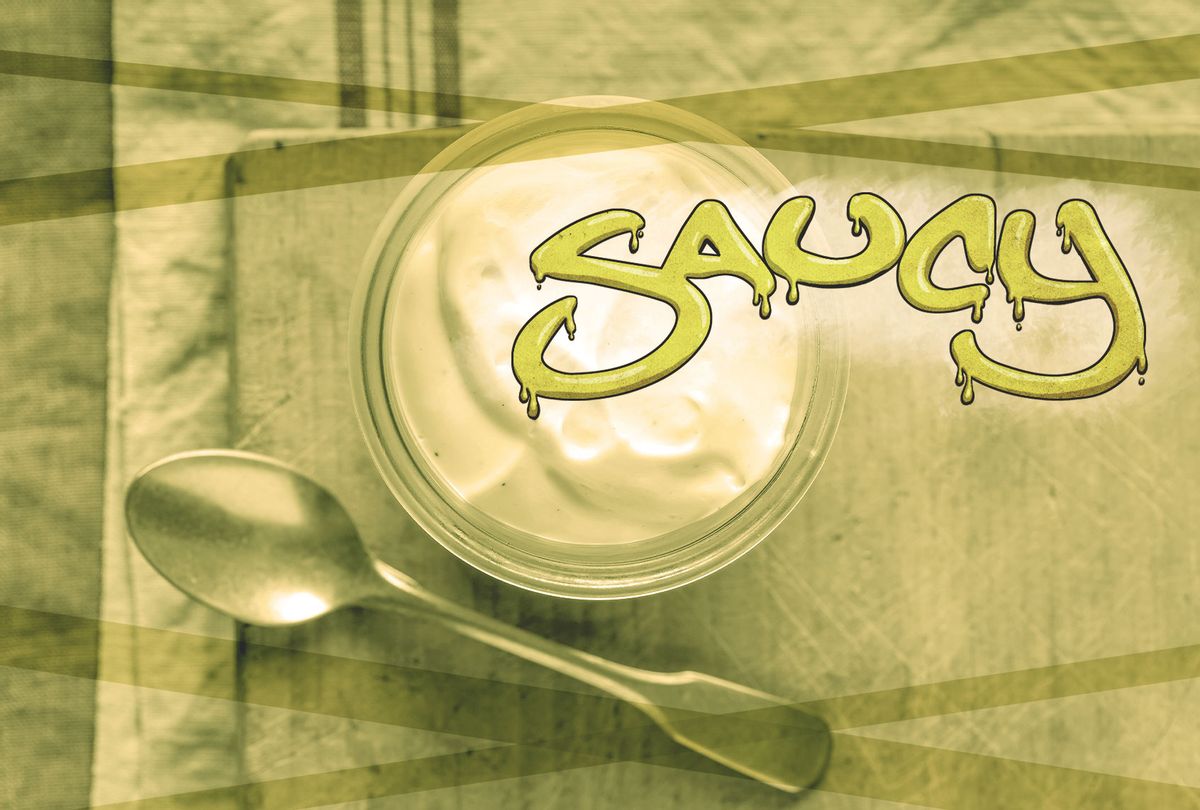 I've spent summers in South Carolina since I was a kid. It was there at a beachside sandwich shop that I first heard the story of how Duke's Mayo came to be. It was a wartime invention, actually, created by a woman named Eugenia Duke and her daughter, Martha. In 1917, the two began selling sandwiches slathered with homemade mayonnaise at YMCA-run army canteens in Greenville and at the nearby Camp Sevier.

The sandwiches — which included mayo-heavy varieties like chicken salad, egg salad and pimento cheese — sold for 10 cents a piece. They shortly developed a cult following among infantrymen who were about to be shipped out to fight in World War I.

Soon, Duke's market area began to expand, and with most local men serving overseas, her salesforce was primarily women. Over time, Duke transitioned from being a self-described housewife who had married at 17 to the founder of a booming sandwich business that reached local factories and drugstores. According to a history of Duke, "In the spring of 1919, she [sold] more than 10,000 sandwiches in one day."

RELATED: Roast a pumpkin for your own spicy and smoky harvest season hot sauce

A decade later, Duke "sells her mayonnaise recipe to C.F. Sauer, who establishes a Duke Mayonnaise factory in the Upstate. Eugenia also sells the recipes for her spreads to her bookkeeper, Alan Hart, who establishes a wholesale market for the sandwiches."

The rest, as they say, is history.

For a very long time, Duke's remained a beloved, regionally-recognized condiment. I couldn't reliably get it in Chicago, where I lived for more than a decade, though once I moved to Kentucky, it was everywhere. Once, when working for a local magazine, I pitched a story where I'd write up the contents of a dozen or so chef's refrigerators. At least 10 of them had a tub of Duke's tucked among the ingredients, its distinctive yellow cap almost signaling a halo of culinary approval.

In 2013, Emily Wallace wrote an article for The Washington Post detailing the fanaticism with which certain people regard the spread. Some wrote fan mail and feverish requests to the factory, which is now located in Richmond, Va.

"There was the man on his hospital deathbed who asked for a tomato sandwich made with Duke's," Wallace wrote. "There was the mother of the bride who, after the company made its switch from glass to plastic containers around 2005, demanded four glass jars with labels intact to use as centerpieces at her daughter's wedding."

And there was the elderly woman from North Carolina.

"She wrote in hopes of obtaining just three glass jars, saying she'd like to be cremated and have her ashes placed in the containers for her three daughters," Wallace added.

But beyond regional pride, what is it about the Duke's that has drawn such a fandom? The answer is easy: flavor.

Unlike many commercially-made mayos, Duke's doesn't contain sugar — though it does contain both distilled and cider vinegar. This results in a distinct tang, or "twang," as the company's promotional materials boast.

"'Twang' is our way of expressing that hard-to-describe, southern-inspired, 'something special' that sums up what Duke's mayo brings to the table," said Stan Richards, the creative director/principal at the Richards Group, which led a 2020 rebrand of the company.

He continued, "It's a southern thing, an essence and a feeling — all wrapped up and captured in one, powerful word."

The mayonnaise also has a slightly smoky kick, which comes from the addition of just a touch of paprika. Much like Japanese mayo brands, including chef-favorite Kewpie, Duke's also has a higher percentage of egg yolk to white than most American mayonnaise brands, which gives it a fuller, richer texture.

All of that combined makes it the perfect base for a mayonnaise-laden potato salad. In my mind, it's also the only appropriate spread for that peak-summer tomato sandwich. For what it's worth, the company leans hard into tomato season; this year, it launched both a seasonally-inspired beer with Champion Brewing Company and held a weeklong event in Richmond called "Hot Tomato Summer."

Duke's is also my secret ingredient in what is perhaps a totally unexpected dish: chocolate cake.

I'm not sure which of my grandmothers tipped me off to using mayonnaise for a more moist chocolate cake, but I swear I can tell the difference (though don't worry, you can't taste the "mayonnaise''). If you think about it, it's not an outlandish suggestion — most boxed cake mixes call for oil and eggs, which are the main ingredients in any mayonnaise worth its stuff.

It doesn't take much. For a typical boxed chocolate cake mix, add a 1/2 cup of Duke's along with the recommended egg and oil count. The result is decadent, spongy with just a hint of extra flavor. As Duke aficionados would say, it's got that twang.