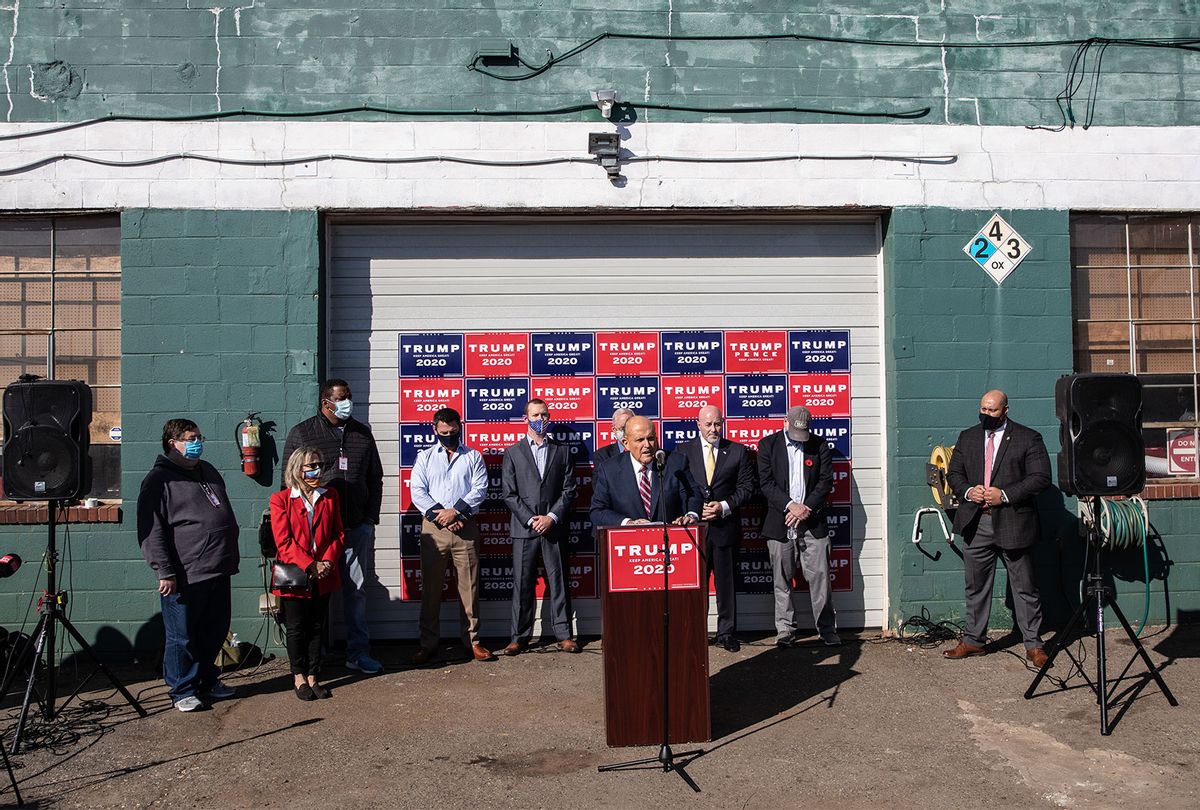 At last, we get the first glimpse of MSNBC's highly anticipated "Four Seasons Total Documentary," in advance of the anniversary of the hallowed fiasco that started it all – when a botched reservation plagued a measly Philadelphia-based landscaping shop and inadvertently transformed it into a media spectacle.

The shop — Four Seasons Total Landscaping — first made headlines just four days after the 2020 presidential election. After a tweet and a series of calls involving Trump's legal team all went awry, the landscaping shop became the unlikely host of an infamous press conference moderated by the former president's attorney Rudy Giuliani. Four Seasons Total Landscaping has since become a sensation on social media and an inspiration for songs, spoofs and artwork.

RELATED: The Four Seasons Total Landscaping debacle is finally getting the documentary treatment it deserves

Famously known for being sandwiched between an adult sex toy shop and a crematorium, the shop also capitalized off of its newfound fame with exclusive merchandise, a summer concert and a Super Bowl commercial.

"We got put into a corner and we used our humor to get us out of it," says a member of the shop in the film's trailer.

We also hear additional snippets of testimonials from the shop's workers and owners. In one instance, a shop worker is seen clearing the company landline phone's voicemail box, which has been flooded with thousands of messages regarding the press conference.

Clips of passionate crowds bearing Trump paraphernalia supplement screenshots of social media posts making a mockery of the event. A sitcom-like tune plays in the background of video footage of Giuliani gleefully commencing the press conference.

"Wow, what a beautiful day thank you," Giuliani says gamely in one scene. Indeed, it was.

"Four Seasons Total Documentary" premieres Sunday, Nov. 7 at 10 p.m. on MSNBC. Watch the trailer for it below via YouTube.