Keeping the Big Lie alive after Virginia: Maybe Glenn Youngkin was a fake? 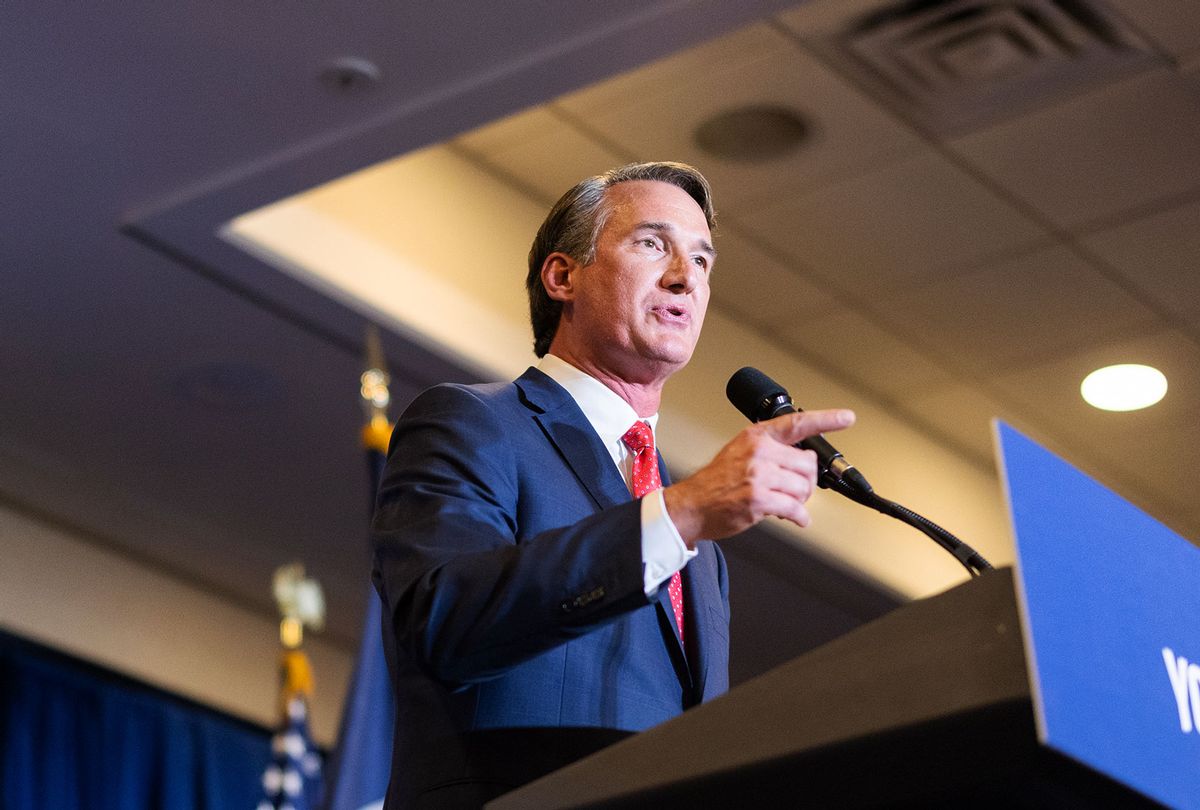 Republican Glenn Youngkin won the hotly contested bellwether race for governor of Virginia last week, even after many on the right had issued dark warnings about the supposed possibility of election fraud in the Old Dominion. Yet the GOP victory has done nothing to squelch the "Big Lie," otherwise known as the belief that the 2020 election was "stolen" from Donald Trump through voting machines somehow compromised by China and the Democrats.

Many observers assumed that Youngkin's win over Democratic former governor Terry McAuliffe would leave right-wing media and online characters alike mute, at least temporarily, on the topic of election fraud. Except that wasn't how things played out. Instead, conspiracy theories seemed to build on each other, Jenga Tower-style, creating an unstable and even indecipherable mess.

Last Wednesday, far-right Gateway Pundit founder Jim Hoft floated the imaginative notion that Youngkin's win could have been the result of a sinister "larger psyop" carried out by Democrats in order to distract from the really big election fraud being committed. In other words, maybe Glenn Youngkin was a false flag.

"On Tuesday, Glenn Youngkin won the governor's race in Virginia. He was an impressive candidate, and it was a stunning win," Hoft wrote, then continuing by citing the work of his twin brother, Joe Hoft, to reiterate the baseless claim that "one year ago 300,000 votes magically appeared for Joe Biden in the middle of the night to give him the win in Virginia."

What this added up to, in the Hoft brothers' universe, was that Youngkin's victory was a kind of fake-out, with the hapless McAuliffe serving as "a sacrificial lamb."

"So where were the magical votes this year? Was this omission on purpose?" Hoft demanded rhetorically. "Was this part of a larger psyop on the American public? Was this part of their game? Throw in McAuliffe as a sacrificial lamb knowing they can steal any future election at will?"

The question marks did not conceal the intended message delivered to Hoft's massive right-wing audience: The Big Lie goalposts were being moved to accommodate the story of Youngkin's victory. "So, was the 2021 Virginia race a head-fake by Democrats on the American public?" Hoft added, summarizing his grand claim.

Hoft did not respond to Salon's request for comment.

Fellow 2020 conspiracy theorists have also had to refine their messaging in the days following Youngkin's victory, with the similar goal of somehow bolstering their claims of continuing massive voting-machine fraud in elections across the nation.

Lindell didn't respond to Salon's request for clarification. He declared on Friday night, however, that "rotten" Salon had a chance to beat out Fox News as "worst outlet of the year."

"You guys are great," the twice-impeached ex-president told the brothers last Saturday night during their visit to Mar-a-Lago, his private club and residence in Palm Beach. "Really good!" he added, shaking their hands and beaming.

More from Salon's coverage of the Big Lie and its leading proponents: