A procrastinator's guide to Thanksgiving

Making a last-minute trip to the supermarket? Here's your game plan 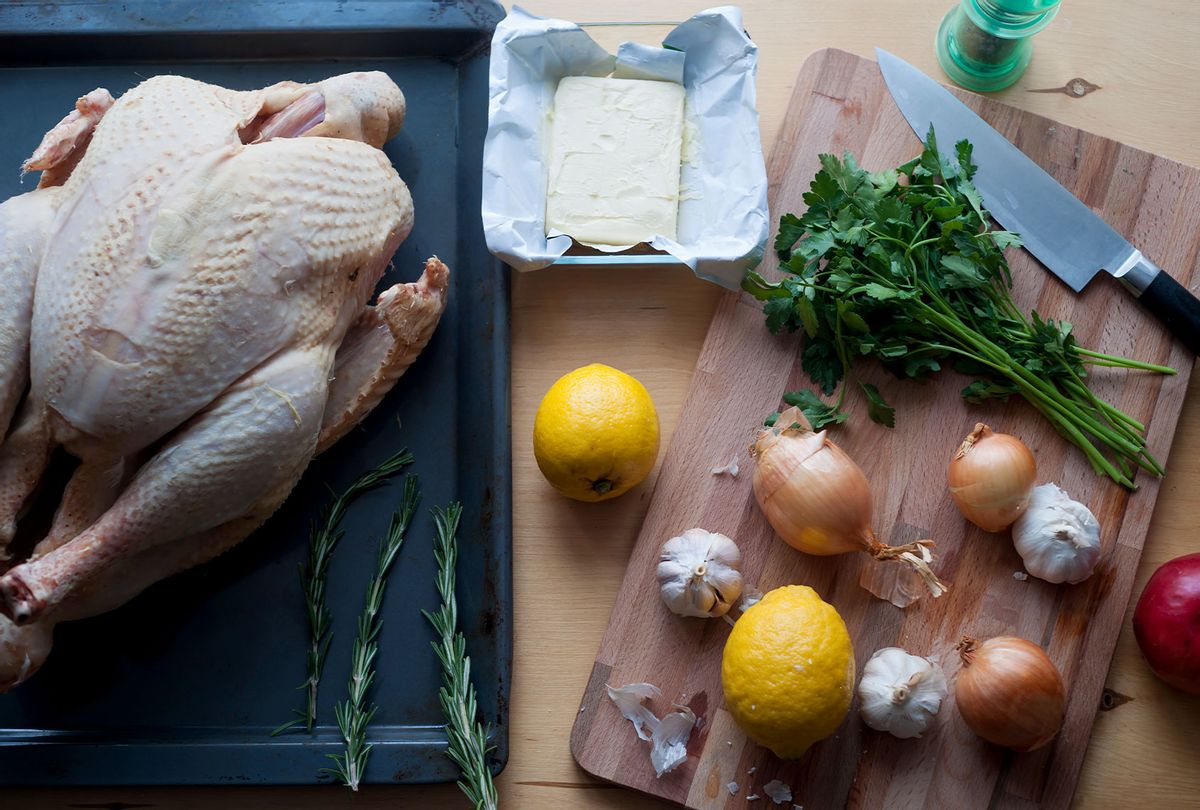 This article is part of "Thanksgiving Your Way." From traditional to not at all, 2021 is an opportunity for carving out new traditions and resurrecting old ones.

My last pandemic Thanksgiving dinner began in a jet black convertible-turned-restaurant booth where I watched as a teenaged pizzamaker took a break from scattering toppings on my 18-inch Supreme pie to take a hit and turn up "Heartbreakin' Man" by My Morning Jacket.

Spinelli's Pizzeria in Louisville's Highland neighborhood possesses a kind of curated grime. It's covered in graffiti-style art (which is unsurprising because its staff is often a rotation of local taggers) and is packed with muscle car and pop culture ephemera, including a floor-to-ceiling mural of a nude Burt Reynolds lounging on a bear skin rug.

It's also open until 5 a.m. almost every day — including on Thanksgiving.

I've had other slightly unorthodox holiday dinners. Through grad school, my friends and I would hold a "Pies & Sides" party where turkey was the only thing that was decidedly unwelcome on the table. A few years before that, my sister and I were both recovering from the flu and opted out of the Big Thanksgiving with family. We ended up at a stripmall Indian buffet, instead, and savored the saag paneer and chicken korma after a week and a half of plain toast and crackers. There was last year's pizza dinner, consumed while wondering how long it would be until a vaccine against the virus would hit the market; it didn't feel quite right to celebrate until it had. There have been Thanksgivings on the road, alone and everything in between.

But nothing quite compares to the emotional charge that is Procrastinator's Thanksgiving.

There are those who prepare for a holiday meal in an arguably sane way. They have their spreadsheets, their lists and their budgets all lined up a month in advance and dutifully pre-prepare and freeze items over the weeks leading up to the big day. More and more, I endeavor to be this person, especially on the budgeting front.

However, the number of times that I've raced through the supermarket the night before a holiday gathering with $100 in my pocket and a basket to gather items that form some kind of cohesive menu shows that I still have a long way to go. So this special issue of The Bite is for all the other procrastinators out there who still want to make a special, seasonal meal — albeit on a much shorter timeline.

This guide  first appeared in Salon's weekly food newsletter The Bite. Be sure to subscribe to get more special essays, recipes and food news straight to your inbox.

Sure, we could have made our lists weeks ago and started shopping then, too. But we didn't because we were swamped with other things — work, binging "Succession" so you finally know what all the memes are about, existential dread, just existing amid a pandemic. Shed the shame and scrawl out a list hitting the big categories: main, sides, dessert, drinks. Depending how late in the game it is, this may be more of a wishlist than a plan, but it's a start.

On that note, be flexible. Let's say when you reach the store that the turkey selection is totally picked over, leaving only the puny or the overpriced. That's just fine. Pivot to a roast chicken flavored with butter, sage and citrus. Did everyone else seem to have the same idea? Alright, what you're going to do is roast a pork loin, nestling it alongside sliced apples, onions and butternut squash.

As you shop, you may find yourself making both simple shifts along the way — say, swapping out cornbread for sourdough in your dressing — and completely abandoning items on your original grocery list. Don't worry, though. Things will all fall into place if you view the meal as a creative challenge and don't get too stuck on preconceived ideas of how it "should be."

Stick to Seasonal Ingredients — But Think Beyond the Traditions

There are the Thanksgiving staples that appear on tables all across the country year after year — mashed potatoes, cranberries, green bean casserole. These are going to be the first things that disappear from the shelves. If you were going to do one thing to prepare before going to the grocery, do a quick Google search for "Produce in season in November."  You'll see some of the stand-bys, but there's also a kaleidoscopic array of other options: pomegranates, persimmons, other root vegetables like turnips and parsnips, brussels sprouts, kale and chard.

These items may be more readily available on short notice, and often have the extra benefit of needing only the most basic preparation to taste good since they are fresh and in season.

Don't Be Afraid to Zhush Up Premade Options

All that said, don't be afraid to use some of those seasonal ingredients to add a little freshness to packaged, frozen or premade options. During the holidays the supermarket deli is actually a treasure trove of perfectly serviceable sides. Add a little fresh citrus zest  to their tub of cranberry sauce, or grab chives and some good butter to doctor their packaged mashed potatoes. The same applies to standbys like Stove Top Stuffing; while I love it straight out of the box, if you flavor it with some browned mushrooms or crumbled sausage, as well as a handful of fresh parsley, the difference is noticeable.

Be Aware of Cooking Times

Even if you somehow miraculously found every item on your dream shopping list, keep in mind how long it will take to thaw, prep and bake everything on your menu. That's where a healthy mix of homemade and store-bought will keep you from having to pull an all-nighter just to ensure that everything makes it to the table fully-cooked.

And if all else fails, you can always buy yourself a little time by ordering a pizza for your guests to share.

More of our favorite holiday dishes: