As "PEN15" draws to a close, we're left in the hell of seventh grade, exactly as it should be

The Hulu comedy drops its final episodes, trading laughs for larger feelings that capture the terror of being 13 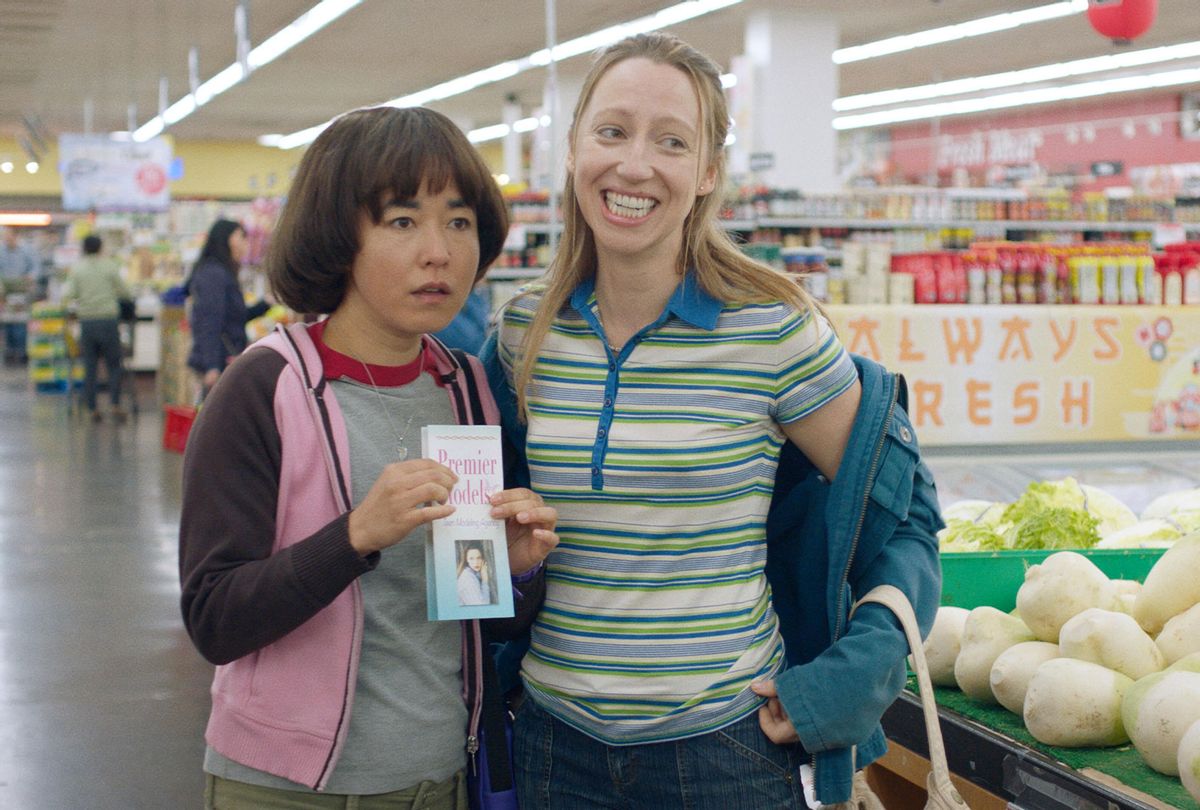 Digesting the final seven episodes of "PEN15" inspired a bracing chaser of a rewatch: "Thirteen," Catherine Hardwicke's 2003 directorial debut. Despite the obvious parallels, the series and film couldn't be more unalike. But both invite us to tag along with pairs of seventh grade girls careening into the wilderness of adolescence in stories set in the early '00s.

Each was also written by the women who lived them. Hardwicke collaborated on her script with her 15-year-old co-star Nikki Reed, whose input legitimized its raw and terrifying portrayal of L.A. girls spinning out of control as they leap into a world of sex and drugs.

Some of Reed's fellow teens resented its hysterical portraiture of adolescence as some dangerous slide into disaster. For them, and most of us, 13 is mainly synonymous with awkwardness, insecurity and yearning.

All we want to do it is fit in and stand out for the right reasons, convinced everyone else is living a more glamorous life than we are. Much later we realize that everyone's a mess of confusion and hormones, even the kids who are playing it cool.

Such sapience only fully blossoms with maturity and hindsight, which "PEN15" creators and stars Anna Konkle and Maya Erskine fully capitalize upon in the final descent of their series' arc.

In the first season they stepped into the skins of their 13-year-old selves as 31-year-old women, playing their alter egos Anna Kone and Maya Ishii-Peters beside actual 13-year-old seventh graders. Seeing this for the first time – and second, and third – provoked a bizarre somatic reaction landing somewhere between absolute hilarity and horror. They made us feel seen and, weirdly, exposed.

This genius move let the audience in on the joke of adolescence with all its hormonal explosions and betrayals, and subsequent discoveries about the body's mysteries, from the safe remove of adulthood. And that's where "PEN15" serves us in a way films like "Thirteen" strove to, but couldn't quite. Those movies are a window into our worst nightmares of navigating teen girldom. "PEN15" lures us back on that hike and drops us into the wilds without warning, naked and afraid, while reassuring us that everything is going to be alright.

The second half of the comedy's second season arrives a year after the first, another pandemic-interrupted production. Functionally the pause helps to mark a personality shift in the series between the overtly comedic first season and the sweet and painful opening episodes of the second.

These closing chapters dive deeper into the loneliness and secret anguish under the show's skin, especially as that pain is experienced by Maya, whose childlike gawkiness is in an unspoken tug-of-war with her sprouting sexuality and a worsening case of attention deficit disorder.

Maya's classmates bully her with racist jokes and label her as the Ugliest Girl in School, making her obsess that she's not enough of anything – not wealthy enough, cool enough or white enough.

Anna's unflagging support and compliments push back against the shame this produces, but this best friend is only one girl standing against imposing mean girl cliques and a mom, Yuki (Mutosuko Erskine, the star's real mother) she's convinced doesn't get her. Besides, Anna has her own feelings to manage surround her parents' divorce and shuttling between two homes, along with a high school boy who may be genuinely nice and into her, or may be looking for a naïve lovelorn girl to take advantage of.

At the beginning of the show Erskine and Konkle maximize the humorous side of all these situations, acknowledging the inherent ridiculousness of these dramas that felt like they had the power to knock the planet off its axis at age 13. Steadily, though, "PEN15" has been emo rocking its way toward the painful side of the scale to get us to these final episodes which are less funny than they are painful, occasionally shocking and wonderfully genuine. The fact Erskine and Konkle are 34 years old – an entire drinking-aged adult and then some removed from middle school – is a piece of trivia that exists well beyond the sheltered world they live in.

They live in the bodies of these young teenagers so completely that we no longer notice any difference between them and their young co-stars. And now, having banked that currency of humor and believability for one and a half seasons, they're cashing in all their chips for a closer that leads us through a whirlwind of emotional vulnerability, sexual exploration, physical fragility and even death.

Watching these episodes reminded me of the precarious tenderness of this age and how quickly the world tans the softness of innocence into a tougher hide simply by moving through it. Maya has been bruised and rejected so often that she announces out loud that she knows she's ugly and has made peace with it. Anna, in the meantime, doesn't need to broadcast her loneliness with such force; Konkle wears it on her face and downturned gaze.

The one true thing Maya and Anna have is their friendship even if sometimes their mutual cheerleading amounts to bad medicine. Teenagers are voracious, materialistic creatures and hypersensitive to the opinions of others, which each girl uses to prod the other in joining them in some unwise choices. One scene in a very late episode is agonizing, in fact.

Even in this, "PEN15" blares its awareness and a profound empathy for these girls, and their parents. Among the best of these new episodes is an artful masterwork of a half-hour devoted to exploring the interiority of Maya's mother Yuki, reminding us that every mother was once 13 too and made her way through that frightening forest somehow. Through Yuki we see how a mother's choices shapes her children, but especially her girl. Anna's mom is also spotlighted, but with less subtlety and layering.

At a recent FYC event covered by IndieWire, Konkle and Erskine floated that in their view, these news episodes may as we be a third season – and that the decision to end "PEN15" is entirely theirs. They have newborns now, and the 15-hour days producing that the show demands no longer work for them.

This explains the slightly unfinished feel to the story, until you remember Konkle, Erskine and their fellow creator Sam Zvibleman crystallized "PEN15" around the notion that no matter how far we rise in this world, a part of us is perpetually stuck in middle school.

There could be no truer way to close the show than the way they do, by landing in a place of resolution as opposed to definitive finality. That way we're reminded that no one ever entirely recovers from the hell that is seventh grade. Surviving has to be enough.

All episodes of "PEN15" are available on Hulu.