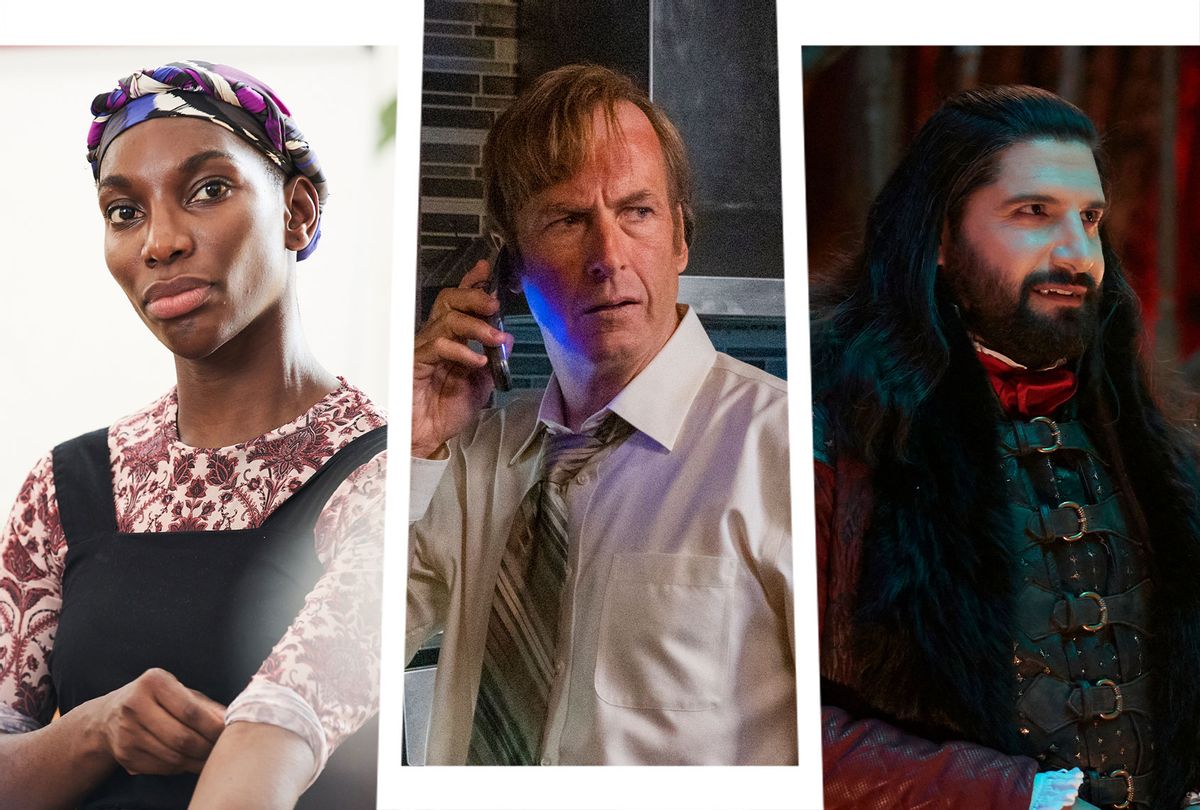 Remember when everybody worried that we were going to run out of TV in 2020? Yeah . . . that didn't happen. Yet. One of the very few benefits of spending most of our time at home is that this became the year that we collectively realized how much television content is out that we haven't seen yet. That goes for old shows that passed us by in the busier before-times and this year, when production schedules may have slowed down, delayed or ceased altogether. TV still yielded enough excellence to make it very difficult to narrow a year-end list of Best TV Shows down to 10.

"So why not expand it to 20?" you may ask? To that I answer, "Have you not lived through this year? Dammit, I'm exhausted."

The usual caveats apply here, starting with the admission that no single critic can watch or review every show that's on, including a few great ones. (I hear "How to With John Wilson" is superior. Haven't seen it yet, but I'll get to it. Promise!) If you don't see your favorite show on this list, it doesn't mean it's not fabulous. It probably means I haven't seen it – but hey, we can disagree too. That's fine!

Second, this is one person's take on the best TV of the year, and while it includes a number of shows that made other critics' year-end lists I also selected a couple that I watched for pleasure and not for work. As always, other worthy series aren't mentioned here because you're going to watch them with or without any critic's thumbs up. "The Mandalorian" is an example: love it; does not need anyone's help!

Lastly, there are many, many more shows that are well worth your time, the best of which (in my opinion) I included in my list of runners-up.

Better Call Saul Better Things I May Destroy You Insecure List Mrs. America P-valley Pen15 Ted Lasso The Good Lord Bird Tv What We Do In The Shadows