My mom finally made her choice, after a lifetime colored by the one she wasn't allowed

My mother got pregnant before Roe v. Wade. But motherhood was never what she wanted 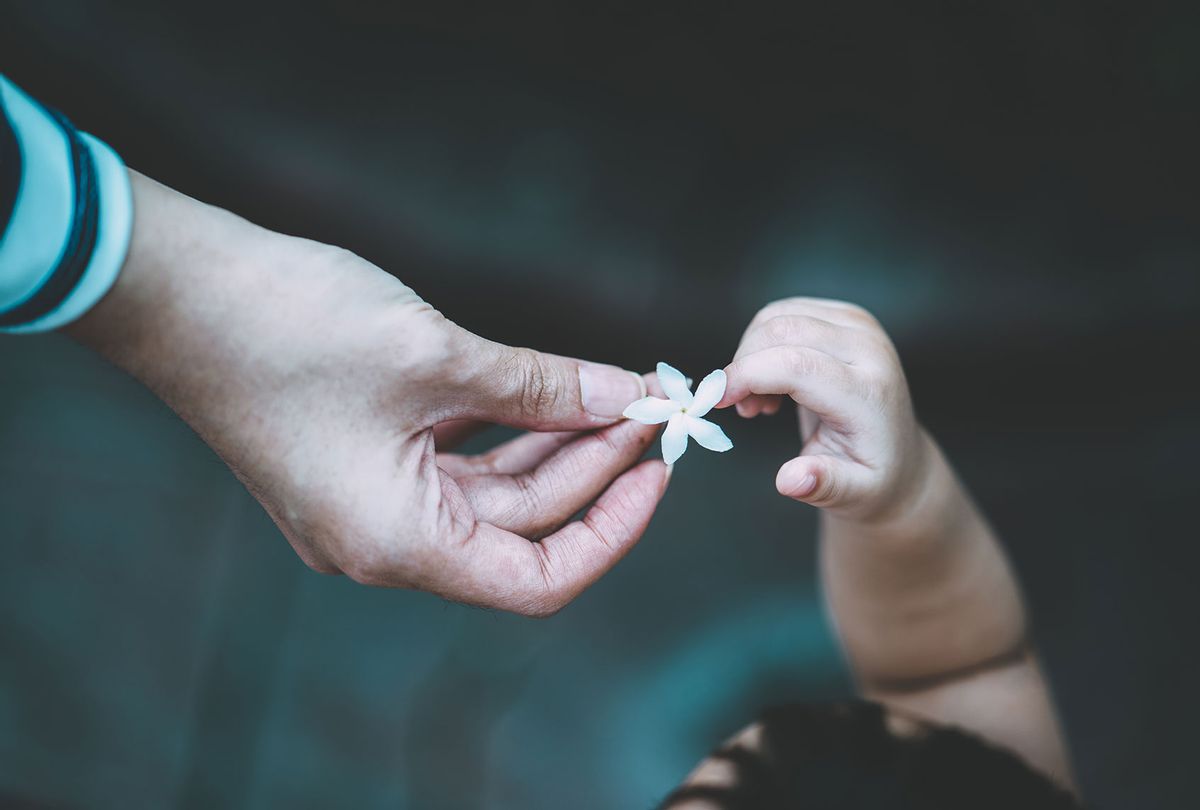 My mother's death was as peaceful as her life had been tumultuous. After years of dementia and a recent bout of sepsis, she slipped away quietly in her sleep earlier this month, in the care facility where she's resided for the past year and a half. When I got the call, I immediately remembered how often when I was growing up, she'd casually express how she wished she could fall asleep at night and never wake up. It gives me peace to know that in the end, she got the death she would have chosen for herself. Most of her life, my mother didn't have a choice at all.

She had just turned 21 when she learned she was pregnant by her ex-boyfriend, a man who had recently dumped her. She had already started dating someone else. She was living with her parents. She had a low wage job in a department store, a high school diploma, and a mother who told her she'd kick her out if she didn't get married. This was before Roe v. Wade, and the poor girl was Catholic to boot.

My parents were strong armed into doing the seemingly right thing. There are no photos of their wedding. There is only one picture of the two of them together at all. They are sitting outside in a wicker loveseat, their faces inscrutable. My mother is six months pregnant. My father will leave her a few days later, heading out for work in the morning and telling her simply, "I'm not coming back." In the third trimester, my father decided he really didn't want a baby, so he exercised his right not to have one.

My mother never tired of telling me how harrowing her pregnancy and early motherhood was. I can't recall ever not knowing of her botched attempts at miscarriage, or how she wished it had been cancer instead. I remember her telling me how she had prayed she would die when she was in labor, and how, when her brothers would wander in and out of the house, free and unencumbered by family obligations, she envied them. (She never once, however, expressed a wish she'd been able to have an abortion. That would have been a sin.) As I grew older, she told me just as frankly how difficult it was for her that I resembled my father so strongly, and that I'd had so many opportunities she'd never been granted. After I hit 21 myself, she never acknowledged a milestone in my life without commenting, "When I was your age, I was raising a child."

She didn't say those things to me to be cruel — her cruelties had an altogether different tenor. She said them because she had so much shame around her feelings, and like any good Catholic girl, she felt a need to confess. I just think she wanted forgiveness. A child is always supposed to be a blessing, and motherhood is always supposed to be your highest purpose as a woman. It was true in her day, and it's still very much the default expectation now. I can only imagine how deeply all of her frustration and pain around the subject troubled her.

I know that my mother loved me, and I can look back on my early years and recognize how much good there was in them. I can see myself next to her in the front seat of her car — because child safety had not been invented yet — singing along with every pop song on the radio. She was young, after all. She loved music. She loved to dance. She looked cute in everything she wore. And when I could function as her similarly cute little friend, we always had a great time. It was the parenting part she always wrestled with.

There's no way of telling what my mother might have become had she not been forced to become a single mother at such an early age. Her social class, gender and family history of mental illness would have been just the same. But she might have had a more fair shot at a life of her own making. If nothing else, she would have had more time. Time to be that spirited, carefree young woman that I sometimes caught glimpses of, and remember most fondly. I have never felt that lost opportunity more acutely than I have these past few days, knowing that she is gone and everything she might have been is gone with her as well.

I was not much older than she had been when she had me when I endured a contraceptive failure and a late period of my own. In that brief, panicked period of wondering, before the reassuring verdict of a home pregnancy test, I vividly imagined two futures for myself. Because I could. I could choose motherhood, just as I could choose abortion. The path would have been mine to take. The foes of reproductive freedom always seem to make it out that choice equals abortion. It's actually so much simpler — choice means choice. When you hear those stories of supposedly brave women who faced an unplanned pregnancy and "chose life," just remember, that would not be possible if you took away the choice part.

There are plenty of people walking around in this world whose conceptions were not planned but whose presence nine months later was still welcomed and cherished. And there are others whose mothers clearly and explicitly wanted not to be pregnant, whose circumstances were truly dire, and who never got a say in the matter. It is not easy being either the mother or the offspring in that latter population. Forcing women to have babies is nothing short of punitive. It is punitive toward them, it is punitive toward the children they bear.

My firstborn is 21 now. When her grandmother was that age, she'd no doubt have told her, she was raising a child. Looking at her, it really does blow my mind. My daughter is, in so many ways, just a kid. But she is first and foremost her own woman, which means that at least for now, she gets to decide when and if she has children. Her younger sister is currently applying to colleges, and the two sisters had a rueful laugh on Christmas when their cousin in Austin asked if there were any Texas universities on the shortlist.

It's infuriating that my children's generation faces more serious obstacles to their reproductive rights than mine has. It is outrageous that we have a Supreme Court with judges who cavalierly wave away women's legitimate concerns by babbling about safe havens, as if childbirth in this country is not for many a physically and psychologically dangerous proposition. I'm not going to change anybody's mind by saying this; it doesn't negate the truth of it.

My father's retreat had been singular and abrupt; my mother's was cumulative and slow. In retrospect, I had seen it coming my whole life. I'm not qualified to offer a psychiatric diagnosis, but I have my own guesses, and I witnessed firsthand how much she struggled with her mental health. That struggle manifested in multiple ways, including in the icy silences she instituted for family members and friends when she grew angry at them, or simply weary of their company. With me, things started to change when I had my own children. She found excuses not to come to birthday parties and Christmases. Then she stopped answering her phone. Eventually, she cut herself off from everyone — her siblings, her in-laws, everybody — except her second husband.

My mother did her best, she really did, and I turned out OK. I still love her and grieve for her, and I will be doing both for the rest of my life. But nothing can change the fact that a sheltered girl, loved only conditionally by her parents and her community and not at all by the man who got her pregnant, was let down by everybody when she was at her most frightened and vulnerable. Nothing can change that my good life came at the expense of hers.

My mother didn't want to be a mother, not like that anyway, and she spent the remaining decades of her life traumatized because she was made to become one regardless. In time, though, she found a way to extricate herself from that identity, just like a trapped animal will leave behind a limb as the price of escape. In her final years, my mother made a choice. And when I stepped back in to her life after my stepfather died suddenly in 2020, I was not particularly surprised to learn how many of my mother's care providers had no idea that she'd ever had a daughter.