Though the recipe for vichyssoise is incredibly simple, it teaches home cooks valuable lessons in the kitchen 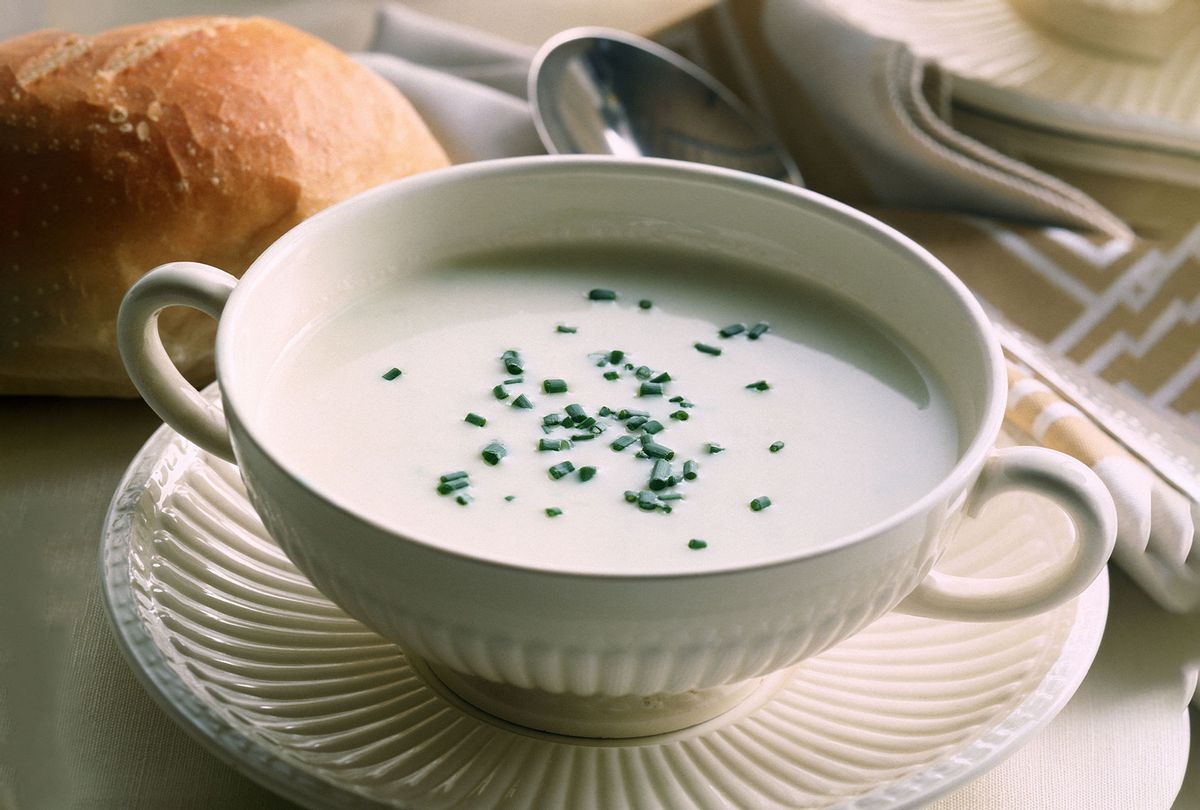 When I moved into my first "grown-up apartment," a dear friend slipped me a slim bag with a housewarming gift — a prayer candle emblazoned with the luminous face of Julia Child, the patron saint of the kitchen. It was a wink at my Catholic school upbringing and a nod to my lifelong desire to embody the ease and joy with which Child cooked.

That's not to say she never made mistakes in the kitchen — Dan Aykroyd famously caricatured Child in a "Saturday Night Live" sketch, during which he warbles at the audience to use chicken liver as a coagulant after slicing into his hand — but she moved with the kind of laissez-faire confidence that's only possessed by those who are truly comfortable in their level of knowledge. Child was, after all, a graduate of Le Cordon Bleu and took 10 years to research and write her first book, "Mastering the Art of French Cooking."

RELATED: Clean-up is a breeze with these 6 easy-to-make soup recipes you can cook in one pot

While the prayer candle was unfortunately lost during a move, my dog-eared and slightly stained copy of that cookbook has held a prominent place in my kitchens for more than a decade. Highlighted within is one of my favorite quotes of all time about the art and science that exists behind a love of food.

"Just like becoming an expert in wine – you learn by drinking it, the best you can afford – you learn about great food by finding the best there is, whether simply or luxurious," Child wrote. "Then you savor it, analyze it, and discuss it with your companions, and you compare it with other experiences."

One of the most interesting recipes of Child's to analyze is also one of her simplest: vichyssoise. The traditional chilled soup has only seven ingredients: potatoes, leeks, chicken stock, whipping cream, salt, white pepper and minced chives. Compared to some of her other recipes — like beef Bourguignon or poached eggs in aspic — it's practically spartan.

However, it was reportedly Child's favorite soup — and it turns out there's a lot you can learn about cooking by studying what makes this particular recipe work. These are the five big lessons Child's vichyssoise teaches us:

Buy the best ingredients you can

Child was once quoted as saying, "You don't have to cook fancy or complicated masterpieces — just good food from fresh ingredients." This soup embodies that philosophy. With a short ingredient list, it becomes imperative to buy the best, freshest ingredients possible. While that's going to look different for each cook, this is the time to splurge a little bit on organic vegetables and dairy. This is also the time to break out your homemade chicken stock!

Take care in preparing the ingredients

The leeks and potatoes both need some extra love before they're incorporated into the soup. Here, potatoes are better peeled, which takes a little time.

Leeks, meanwhile, are grown in sandy soil and can sometimes contain residual grit within their vegetal layers. Take an extra few minutes to soak them in a bowl of cool water. Give the leeks a shake and then let them soak a few minutes more to let the sand settle to the bottom of the bowl. Next, gently pat the leeks dry before slicing them.

When you buy good ingredients, taking appropriate care of them helps them shine.

Time is your friend here

If you toss cubed potatoes and chopped leeks in boiling stock, they will both soften in just over 10 minutes. However, vichyssoise isn't a recipe to sprint through; Child recommends letting the vegetables gently simmer for 40 to 50 minutes. This really lets the flavors develop and meld before blending the soup and adding the cream, salt and white pepper.

One of the things that I most appreciate about Child's cooking style is her enthusiasm for individual ingredients and how they round out a dish. She was a devoted disciple of the beauties of butter because "fat gives things flavor."

Butter is, however, conspicuously missing from this soup recipe. In its stead is a hefty pour of cream. It adds a velvety smoothness and creamy flavor to the soup that's particularly noticeable once the vichyssoise chills. As Child would say, "If you're afraid of butter, just use cream."

While part of the beauty of this soup is its simplicity, Child encouraged cooks to make their own additions to the recipe by "using [their] imagination to the full." So have fun! Substitute scallions for leeks. Try different types of potatoes. Serve this soup warm with chopped bacon and a swirl of crème fraîche or chilled with smoked salmon and a sprinkle of dill.

"You may find you have invented a marvelous concoction, which you can keep as a secret of the house," Child said.