A piece of space junk hit the Moon. Oddly, scientists are elated 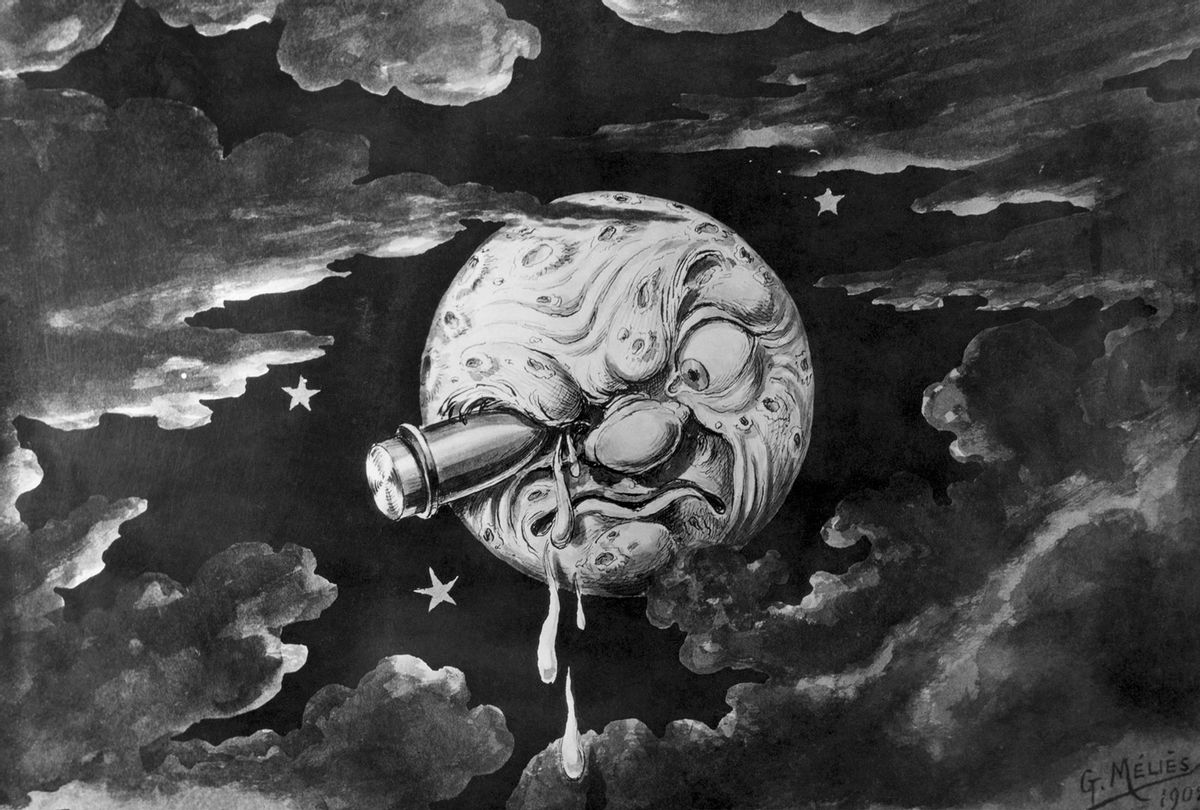 "A Trip to the Moon." French movie by Georges Melies, 1902. Space rocket hits moon in the eye. (Bettmann/Getty Images)
--

Usually when a nation-state or a corporation accidentally sends a piece of space junk flying out of control, and it breaks something, other people get upset. Here's a notable exception: A piece of space junk appears to have collided with the Moon at roughly 5,800 miles per hour on March 4th, and scientists are excited. While the incident underscores an ongoing problem in terms of humankind's debris-laden exploration of space, it may also provide scientists with an opportunity to learn more the geology of Earth's moon.

The Moon is full of mysteries, from how it affects our sleep cycles to the presence of carbon dioxide "traps" that could in theory one day be used to help people create lunar colonies. Yet on this occasion it may actually be able to help clear up a mystery — namely, what an impact crater on the Moon looks like immediately after formation. In the process, that could help scientists date existing craters on the Moon and refine our geologic understanding of Earth's natural satellite.

"The upcoming rocket impact will provide a fortuitous experiment that could reveal a lot about how natural collisions pummel and scour planetary surfaces," gushes planetary scientist Paul Hayne from the University of Colorado Boulder, who studies the Moon, in a recent article for SciTechDaily. "A deeper understanding of impact physics will go a long way in helping researchers interpret the barren landscape of the Moon and also the effects impacts have on Earth and other planets."

The piece of space junk in question is a spent rocket booster of unknown origin: Suspected culprits range from a Chinese rocket to a SpaceX rocket, although everyone is unsurprisingly disclaiming ownership. Either way, scientists can confirm that the object is roughly 40 feet long and weighs almost 10,000 pounds. After it made impact, a shockwave likely pulsed through its entire body while its back end was destroyed. Metal debris flew in all directions. If scientists can find the impact crater, they could learn more about the precise way it created the lunar surface of pulverized rocks on the airless landscape.

Bill Gray, the author of the Project Pluto software that monitors Near Earth Objects (NEOs) and the first person to spot the space junk's collision course with the Moon, posted on his blog that "I have particularly hoped for a booster to hit on the near side, in an unlit area, near First or Last Quarter; that would presumably be visible from Earth. But we'd have to get very lucky for that."

He added that "when you think that this is the first unintended lunar impact we've had, period, the level of luck required increases."

Because this object landed on the far side of the Moon, Earth telescopes were not able to observe its actual impact. That said, NASA's Lunar Reconnaissance Orbiter will be able to photograph the impact crater in roughly two weeks, once its orbit has taken it above the impact zone. As Hayne wrote — while recalling a 2009 project in which he was involved that entailed intentionally crashing a satellite into a shadowed crater near the lunar south pole —"the accidental experiment of the upcoming crash will give planetary scientists the chance to observe a very similar crater in the light of day."

Although the spent rocket booster's collision with the Moon may prove fortuitous, the larger problem of space junk is quite serious. Astronomers estimate that roughly 30,000 objects are orbiting Earth entirely by accident after being put there by human beings: Discarded parts from space stations and rockets, paint chips and broken equipment, lost equipment like spatulas and cameras, shrapnel from collisions and even chunks of frozen urine. Their combined mass is estimated to exceed 9,600 tons, and they can be as large as a Greyhound bus. All of them are stuck in the area known as low Earth orbit (LEO), which is defined as the region from 125 to 1,200 miles above the surface of the planet.

RELATED: 40 SpaceX satellites that astronomers loathe were destroyed by a geomagnetic storm

One possible solution to the problem of space junk is to send other craft up that catch them and release them toward Earth's atmosphere, where they will burn up as they reenter. A spacecraft named ELSA-d (End-of-Life Services) was launched last year from the Baikonur Cosmodrome in Kazakhstan for that purpose. John Auburn, Astroscale's managing director in the United Kingdom, told NBC News at the time that it was "enormously complex because you have to exactly match the motion of the spacecraft you're docking with. When a spacecraft docks with the International Space Station, that's a very controlled maneuver. But if you're trying to dock with a failed satellite, it could be tumbling and you have to very slowly come together almost like you're doing a dance."

He compared the problem to getting plastic pollution out of the ocean, observing that "this is an issue like plastics in the ocean. We've been working for eight years to turn a difficult problem into a business."