Do these viral beverages actually taste good? Is that even the point? 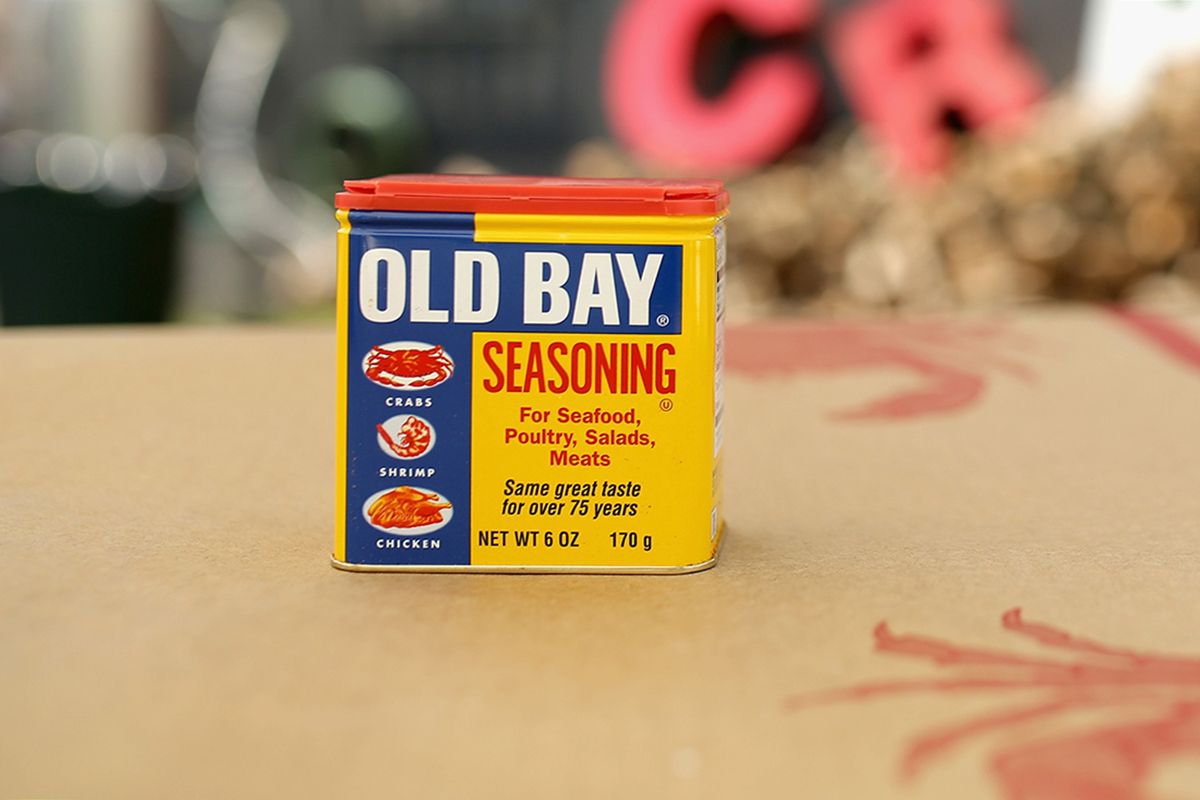 An image of an endcap at a New England liquor store unexpectedly caught my attention on Monday as I scrolled through Twitter. The display was packed with bottles of clear spirits decked out in distinctive blue, red and yellow packaging — a variation of the same thing I see every time I open my spice cabinet.

I immediately turned to Google to find out if Old Bay Vodka was A) a real product or B) a really convincing Photoshop job. Sure enough, McCormick, the company behind the iconic spice blend, had released what it describes as a "crisp, refreshing, smooth vodka with fresh celery and herbal notes followed by sweet spice and mild heat (red pepper) notes."

For reference, Old Bay is a mix of 18 herbs and spices, including paprika, celery salt and black and red pepper. Though the seasoning is traditionally used to flavor crabs and seafood, Marylanders have a penchant for using it on the rims of their Bloody Marys. Fittingly, this new vodka was made in collaboration with the Maryland-based George's Beverage Company (which previously partnered with McCormick on an Old Bay Bloody Mary mix).

"Old Bay has been a fan-favorite for over 75 years in the Chesapeake Bay region and beyond," Jill Pratt, chief marketing excellence officer for McCormick, said in a statement. "Our fans are loyal and passionate when it comes to all things Old Bay. We're thrilled to work with George's to bring the one-of-a-kind flavor of Old Bay to fans in entirely new, exciting and innovative ways."

The website for the new vodka — which indicates that it will be sold exclusively (or at least to start) in Maryland and Delaware — recommends using it to make drinks like the Bay Bomb (6 oz. of Natty Light, 1.5 oz. of Old Bay Vodka and a dusting of Old Bay seasoning on the rim) or the Bay Lemonade (1.5 oz. of chilled Old Bay Vodka and 6 oz. of fresh lemonade).

Only a few reviews of the product are currently floating around, my favorite of which comes from an Arlington-based Twitter user. "Really not bad, you can taste the maryland in it, will absolutely slap in a bloody 7.2/10," they wrote.

Halfway across the country, I was left wondering whether Old Bay Vodka would have any sort of staying power — or whether that was even the intention behind it. It's the latest instance of a food company releasing what I heard referred to at a craft beverage conference last week as a "stunt spirit."

As reported by Food and Wine, Arby's similarly released two vodkas last fall. The "Curly Fry" flavor was distilled with cayenne, paprika, onion and garlic for a spirit that "preserves the distinctive and authentic tasting notes of the traditional Arby's curly fry," while the "Crinkle Fry" variety was made with kosher salt and sugar to honor "the rich tradition of salted potato shapes."

Oh, and they weren't cheap, either. Both vodkas retailed for $59.99 — or considerably higher than the $2.19 you'd likely spend on a large curly fry — and were only briefly on the market for two specialty drops in November.

RELATED: Sexy Colonel Sanders? How the face of KFC became a (kind of weird) sex symbol

Also in 2021, Taco Bell Canada launched Jalapeño Noir, a pinot meant to pair with the chain's toasted cheesy chalupa. It sold out a mere 11 minutes after dropping on the chain's website. That same year, the Kraft Heinz Company unveiled Grey Poupon wine, which was a Viognier made with mustard seeds. It also sold out in one day. (In an update posted to Instagram, Grey Poupon wrote, "We are officially sold out! Turns out everyone wanted a taste during their lunch break.")

Unless you had connections or monitored the product websites with the same tenacity needed to score coveted concert tickets, it's likely that you were never going to try these special product launches, which were executed similarly to collaborations like 2020's MLMA x Crocs x Kentucky Fried Chicken launch. (In case you were wondering, those one-of-a-kind shoes sold out less than an hour after going on sale.)

So, what exactly is the point? Well, I'm currently sitting here wondering if there's anything I could purchase from Taco Bell that would taste good dusted with a sprinkle of Old Bay. I'm kidding — well, sort of — but in an oversaturated market, attention is both a commodity and a currency. To borrow a phrase from the raunchy Netflix comedy "Big Mouth," "You're picturing it, and we're talking about it."

I'm simultaneously daydreaming about Arby's vodka and Grey Poupon wine. I can't get any of these bottles at my local liquor store, but I can get my hands on the real food products that inspired them. For the aforementioned companies, that's likely more than enough.