Inside the "The Beatles: Get Back to Let It Be" exhibit, with Rock & Roll Hall of Fame historians

For Everything Fab Four, Ken talks to Greg Harris and Nwaka Onwusa about the Hall of Fame's new Beatles exhibit 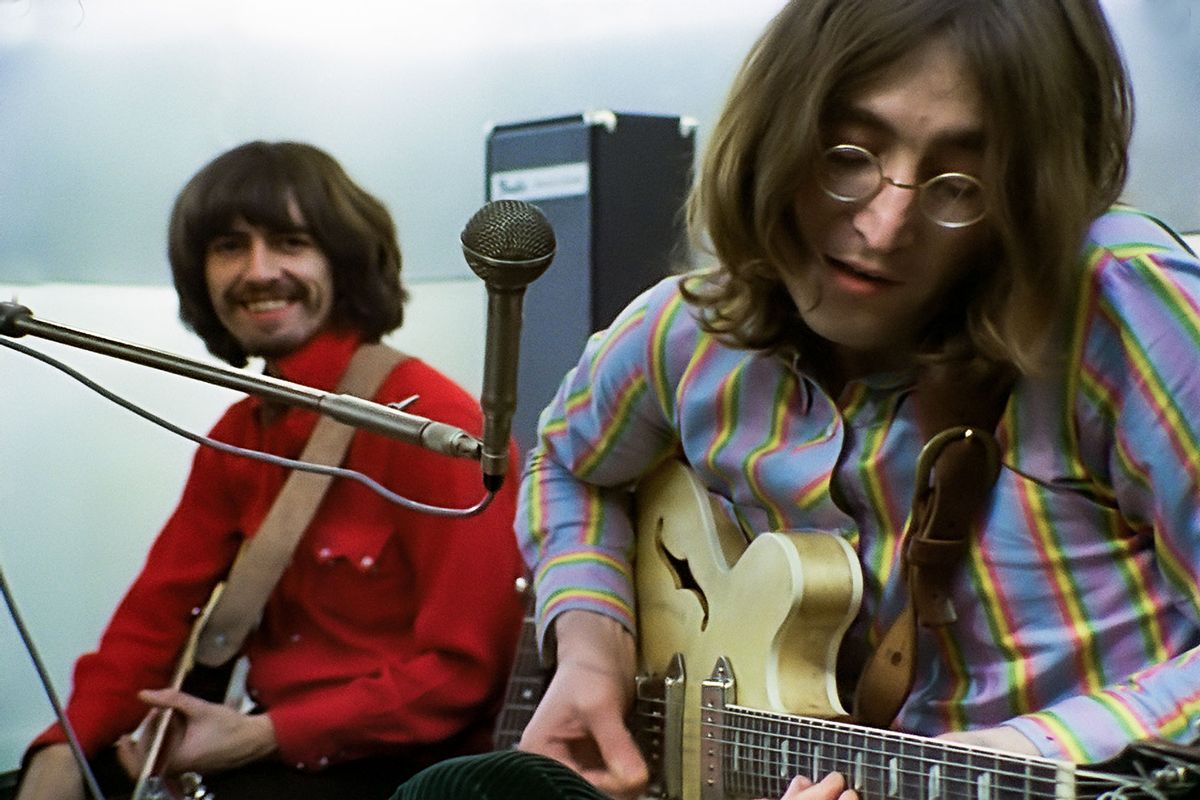 In a special episode of "Everything Fab Four," host Kenneth Womack (a music scholar who writes about pop music for Salon) is joined by Greg Harris and Nwaka Onwusa from the Rock & Roll Hall of Fame to discuss the magic of the Hall's new "The Beatles: Get Back to Let It Be" exhibit. "Everything Fab Four" is a podcast co-produced by me and Womack, and distributed by Salon. I personally had the pleasure of touring the new exhibit live in Cleveland, Ohio recently.

As Harris, who serves as president and CEO of the Hall, and Onwusa, chief curator and vice president of curatorial affairs, tell Womack, the exhibit had been in the works for a few years but really picked up steam with the release of Peter Jackson's "Get Back" docuseries. "As an historian, I was really blown away by it," says Harris. And as Onwusa adds, "The Beatles have always been a part of the Hall, but it's very special to have this particular moment in time captured."

RELATED: If "The Beatles: Get Back" has a villain, it might be Michael Lindsay-Hogg

The exhibit itself, designed to serve as a complement to the series, allows fans to experience the Beatles' creative journey through original instruments, clothing, lyrics, high-definition film clips, audio and immersive custom projections, transporting them into January 1969. Multiple photos by Ethan Russell — who was a guest on season 2 of our show — and one by Linda McCartney are also on display.

For Onwusa, she says "the music, the images, the video — it all works together in concert," but names the handwritten lyrics as her favorite of the artifacts.

Harris states that "anytime we have the opportunity to work with the Beatles, we're excited. With a band like that, you're sure to succeed." And Onwusa says that they're "a pillar when talking about rock and roll, and how it revolutionized our sonic being." As both were introduced to the music of the Beatles as middle-school aged kids, they've said the docuseries and exhibit actually left them as even bigger fans.

As for me, an unabashed Ringo Starr superfan, the best part of touring the exhibit was seeing his "Rooftop Concert" drumkit on display, and being able to watch the actual concert footage in a screening area just feet away. It was breathtaking. To quote Greg Harris from the interview, "If I'm gushing, it's because it deserves it." He's not wrong. And you really should experience it for yourself.

RELATED: An appreciation of Ringo Starr's dynamic and joyful musical gifts – despite the naysayers

Listen to the entire conversation with Greg Harris and Nwaka Onwusa on "Everything Fab Four" and subscribe via Spotify, Apple Podcasts, Google or wherever you're listening.