Gilbert Gottfried, defender of transgressive comedy and a throwback to the great joke-tellers

The comic devoted himself to the art of the joke and all it can engender – offense, joy and everything in between 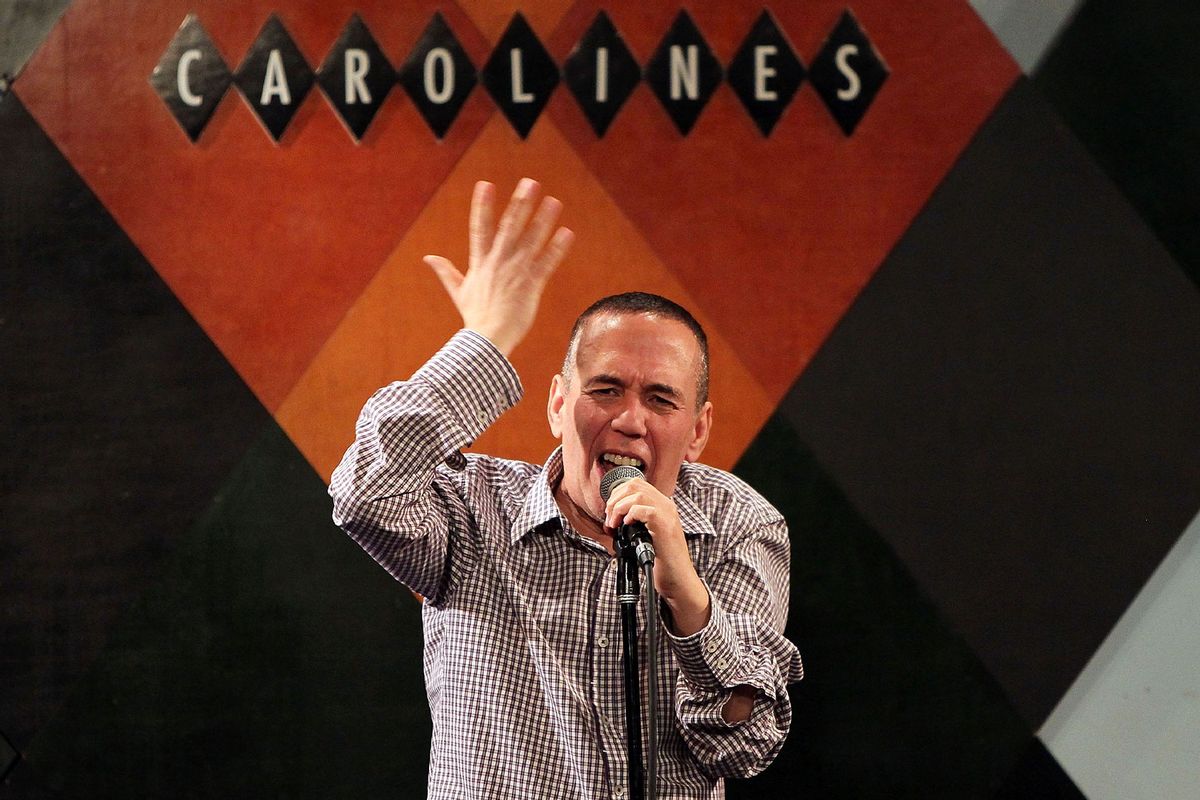 Gilbert Gottfried, who died on Tuesday at age 67 after a long battle with a genetic muscle disease, was a true comic's comic. A throwback to setup-and-punchline humor in an era dominated by storytellers and observational comedians, he relied on impeccable timing and a peculiar style — part whiny voice, part squinted eyes — to pummel his audiences with joke after joke. HIs delivery made him unique and unforgettable, and his mastery of an audience left his fellow comedians in awe.

He relied on impeccable timing and a peculiar style . . . to pummel his audiences with joke after joke.

Born in Coney Island, Gottfried grew up in a small apartment above the hardware store his father and uncle ran. He was an awkward child who earned his fellow students' acceptance by becoming the class clown . . . at least on the days he attended school, which were few and far between. Whenever he could, he played hooky, spending his days in the library reading books. At home, he lived in front of the television.

Gottfried decided early on that show business was his calling. "I couldn't sing. I couldn't dance. I wasn't particularly good-looking," he wrote in his autobiography, "Rubber Balls and Liquor." "I had no discernible talent or admirable qualities, although I did like to do voices."

When he was still in high school, Gottfried developed a string of impressions that amused his family so much his sister decided he was ready for a real audience. She took her 15-year-old brother to "Hootenanny Night" at the Bitter End in Greenwich Village. His first gig went well enough that Gottfried continued to perform there weekly, building his act and eventually performing anywhere he could in the nascent 1970s Manhattan comedy scene.

In the early days of cable, MTV gave Gottfried his big break, hiring him to record ad-libbed bits to be aired between music videos. His MTV presence led to a brief stint on "Saturday Night Live," which in turn earned him a series of movie roles. After appearing as an accountant in "Beverly Hills Cop II" alongside his former "SNL" castmate Eddie Murphy, Gottfried became a regular performer, often creating memorable characters with his unmistakable voice. His most notable role: Iago the parrot in "Aladdin."

"Our hearts are shattered at the loss of our beloved friend, collaborator, behind-the-scenes mischief maker, and most irreverent spirit, full of light and magic," wrote Linda Larkin, Scott Weinger, and Jonathan Freeman, his co-stars in "Aladdin," on Instagram. "Gilbert Gottfried, you were one of a kind."

Throughout his career, Gottfried's acerbic joke-telling remained his calling card. From his regular work in comedy clubs to his appearances on "The Howard Stern Show" and on Comedy Central, he worked as blue as he could, often tackling material too edgy for most comedians.

"Gilbert was a marvelous mimic and impressionist," Shydner told Salon, "but it was his daring assaults on forbidden subjects that caused the other comics to bow at his feet."

"It was his daring assaults on forbidden subjects that caused the other comics to bow at his feet."

Sometimes, his willingness to take comedic risks cost him. In 2011, hours after a devastating tsunami hit the coast of Japan, Gottfried tweeted jokes that seemed to minimize the resulting human suffering. Although they were tamer than some of his regular material, the insurance company AFLAC — which had cast Gottfried as the voice of its commercial duck — fired him from the gig. 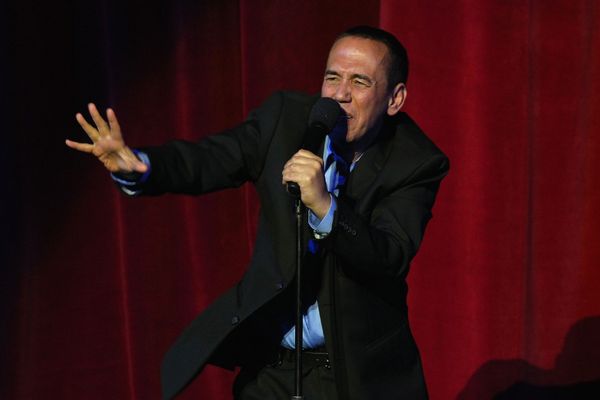 For a short while after Sept. 11, comedy felt both inappropriate and impossible. The networks pulled their late night talk shows off the air, and the media declared that the age of sarcasm was over. Laughter seemed like collateral damage in the War on Terror. After two somber weeks, however, Comedy Central decided to go forward with a roast of Playboy founder Hugh Hefner. Gottfried decided that leaving comedy moribund would mean the terrorists had won, and he wasn't about to let that happen on his watch.

"I just wanted to be the first person to make a really-poor-taste joke about September 11," he wrote for Vulture.

And did he ever. Gottfried opened with a joke about not being able to get a direct flight from New York to California because they needed to stop at the Empire State Building first. Then he told a self-deprecating, defamatory joke about the Muslim version of his name: "Hasn't Been Laid."

"I just wanted to be the first person to make a really-poor-taste joke about September 11."

Vinnie Favale, producer of "The Howard Stern Show," was there in the room when it happened. He told Salon that after that opening, "There was a shift in the room." The audience wasn't ready to laugh at recent events. No matter. " . . . Then he went right into the Aristocrats joke and stole the show."

The beauty of "The Aristocrats" – the legendary, long-winded joke about a family that performs a lewd vaudeville act for a talent scout – is all in the telling. As Gottfried's description of the family's deviant act stretched on, his whiny voice turning staccato and getting louder, audience members slowly surrendered to the bit, some literally falling on the floor. By the time he ended the gag with its classic punchline — the agent asks the family what they call their act, and the family says "The Aristocrats" — Gottfried had jump-started comedy, sending a clear signal that it was not "too soon" but rather it was OK to laugh again. 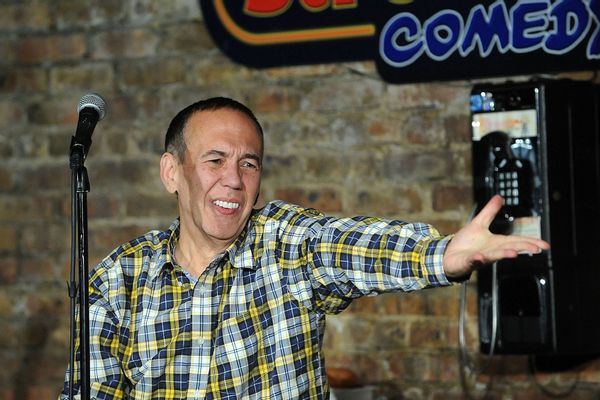 In recent years, he started "Gilbert Gottfried's Amazing Colossal Podcast," which revealed a new side of his comedic mind. Each episode offered penetrating insights into popular culture built on Gottfried's encyclopedic knowledge of comedy, movies, commercials, and cartoons.

RELATED: Interview: So, Gilbert Gottfried, about those tsunami jokes . . .

One particular target of his podcast criticism was one much-beloved 1986 Matthew Broderick movie. On Broderick's birthday, Gottfried took to Twitter to wish the actor well, but opened with a savage assessment: "I still f**kin hate 'Ferris Bueller's Day Off.'"

Although the film might have seemed innocent when it came out, Gottfried argued, a story in which Bueller's nihilistic hedonism triumphs over characters who were just trying to do their jobs and care about others landed differently during the Trump era.

"His podcast is a comedy treasure," Judd Apatow noted on Twitter. "What a terrible loss."

Gottfried was known for his gentle, almost shy, offstage presence, a significant contrast to his bombastic stand-up persona. "He was the sweetest guy in real life," Favale recalled. As widely beloved as he was by comedians, however, his family treasured him the most.

"In addition to being the most iconic voice in comedy, Gilbert was a wonderful husband, friend and father to his two young children," they shared on social media. "Although today is a sad day for all of us, please keep laughing as loud as possible in Gilbert's honor.

Although a secular Jew, Gottfried did reflect on the possibility of an afterlife in his autobiography: "If there is a hell," he wrote, "and if that's where I'm going, there'll probably be an endless gag reel being played on some big-screen television of me trying to talk to women."

Fittingly, in his final social media post, Gottfried defended the right of comedians to work the bleeding edge in their material, just as he'd done himself throughout his career:

"Which is the worst crime? Chris Rock being physically assaulted or Chris Rock telling a joke?"

To the very end, he devoted himself to the art of the joke — setup, punchline, and laughter — and everything jokes can engender: great offense, deep insights and relief from great tragedy.