When Dolly Parton's critics said she looked "cheap," she doubled-down to look like "the town tramp" 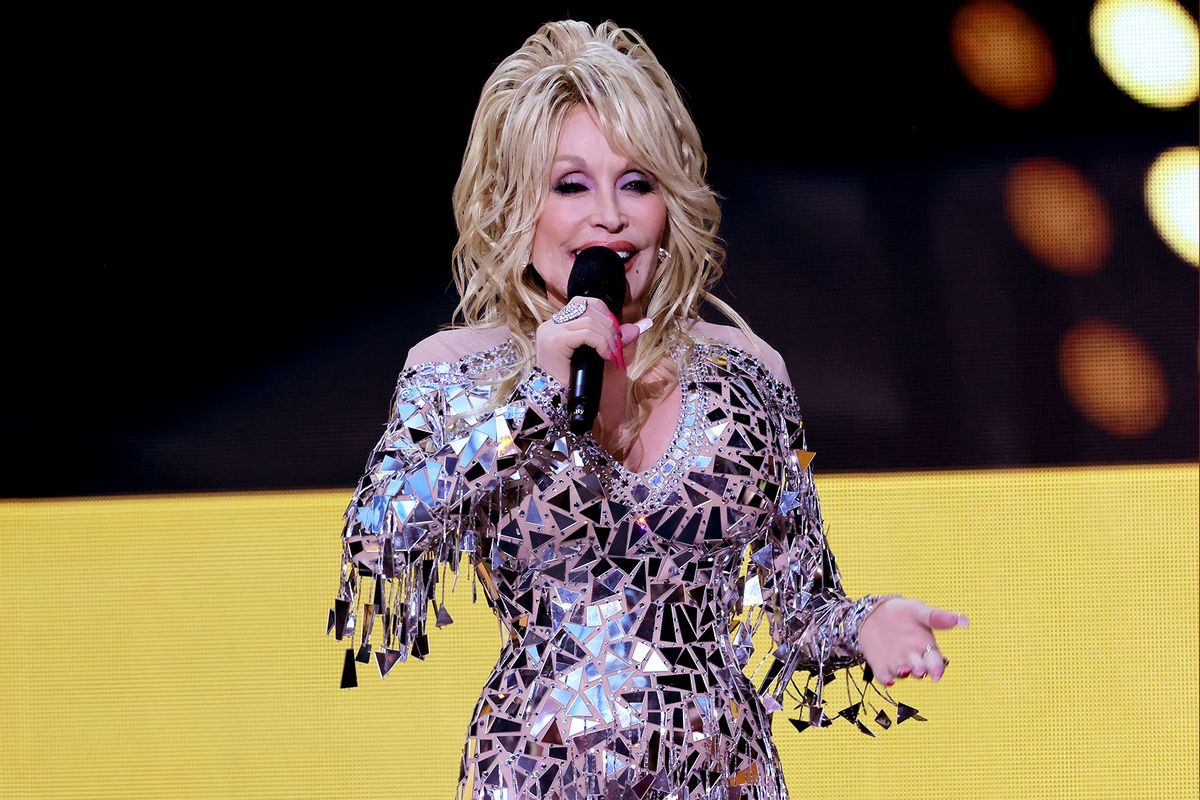 The Queen of Country recently appeared on the "WorkLife with Adam Grant" podcast and recalled how many of her early critics told her to change her look if she wanted to be successful in the music industry.

"The main advice that people wanted to give me was to change my look — to go simpler with my hair and the way that I dress," Parton said. "Not to look so cheap, nobody was ever going to take me seriously, they would say."

In true Dolly fashion, the Grammy-winning singer-songwriter didn't heed those requests and instead, stayed true to herself.

"The way I look and the way I looked then was a country girl's idea of glam, just like I wrote in my 'Backwoods Barbie' song," Parton explained. "People wanted me to change, they thought I looked cheap. But I patterned my look after the town tramp.

"Everybody said, 'She's trash.' And in my little girl mind, I thought, 'Well, that's what I'm going to be when I grow up.' It was really like a look I was after," she continued. "I wasn't a natural beauty. So, I just like to look the way I look. I'm so outgoing inside in my personality, that I need the way I look to match all of that."

RELATED: How Dolly Parton's "Coat of Many Colors" became an LGBTQ+ anthem

Parton, whose nicknames include "The Iron Butterfly" and "The Book Lady," has unapologetically flaunted her style and her trademark quote, "It costs a lot of money to look this cheap!" Another one of her fan-favorite lines is, "I was the first woman to burn my bra – it took the fire department four days to put it out."

The "9 to 5" singer also talked about her childhood, saying she was raised by a religious mother and once lived in a "one-room cabin" with her 11 siblings. Despite her present success, Parton has continued to embody that humble spirit. In recent years, Parton was nominated as an inductee to the Rock & Roll Hall of Fame and offered the Presidential Medal of Freedom, which she turned down twice. She also has her own theme park, Dollywood, and her own book giving program called Imagination Library. But in the end, money is the least of Parton's concerns.

"I count my blessings far more than I count my money because I know this could have not happened to me. I see so many people more talented than me that never make it and the fact that I have just done so well I'm amazed myself. It's almost scary sometimes," she said. "I hope I can always live up to the expectations of me it would break my heart not to. I'm very humble and that's because of my love to God and the blessings."

Parton previously spoke with Salon in 2014 and discussed her creative pursuits, talents and infectious persona.

"I have a sense of humor about everything," Parton told writer Dina Gachman. "If you're going to be in the public eye you have to. There are people like you who ask everything they want to know to write their articles, and I've never shied away from any of that. All that's just part of who I am."