Scientists know humans domesticated dogs during the Neolithic, but didn't know where dingoes fit in — till now 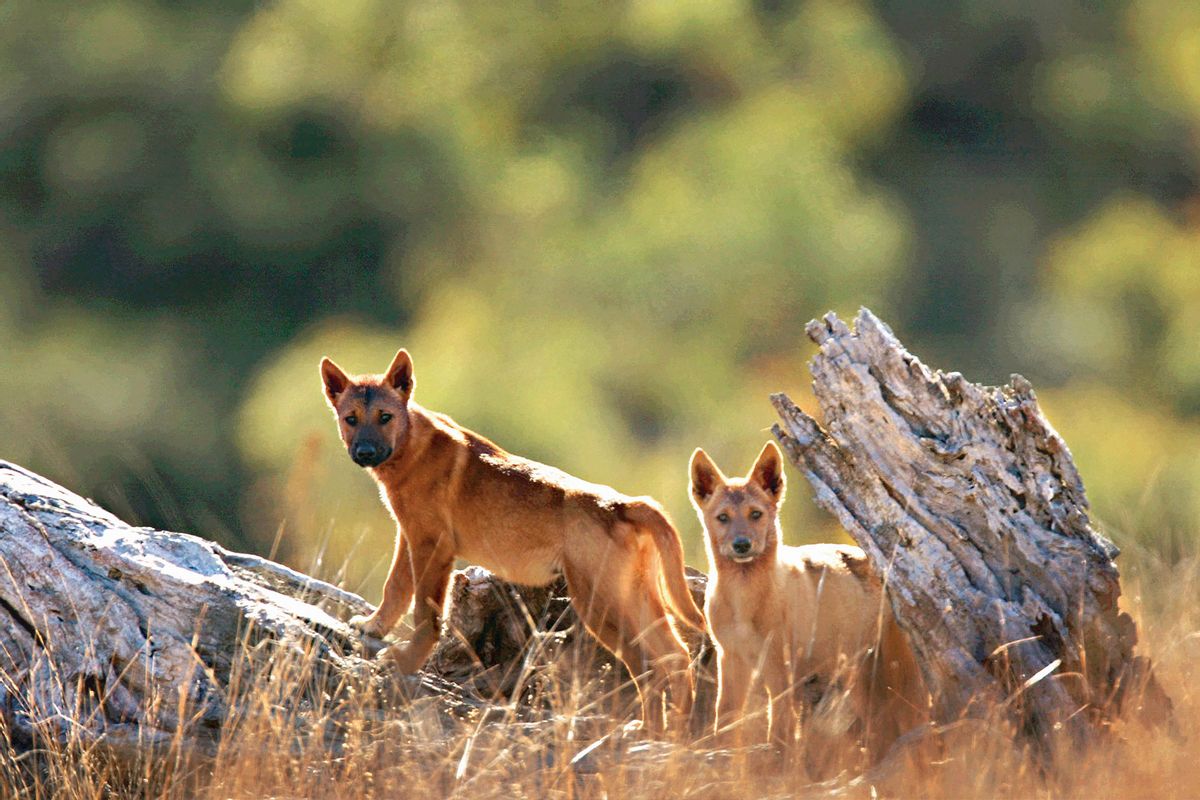 Australia's weird animal and plant life exists because of the continent's isolation from the rest of the world — meaning, for millions of years, odd creatures like kangaroos, koalas and platypuses came to inhabit their niches on the world's smallest continent or biggest island. Yet the dingo was a weird exception: it's very closely related to dogs and wolves, and thus clearly didn't evolve alone on Australia for millions of years, as the aforementioned animals did. How the dingo got to Australia, and under what circumstances, is still an open question.

Now, a new study brings us closer to understanding where the dingo fits in with other canines. In the recent study, which appears in the journal Science, the authors use genetic evidence to show that it is unlikely the dingo was ever domesticated after arriving in Australia. (Notably, it is unclear if it had been domesticated before.)

The scientists also revealed that the dingo occupies an odd niche: "Dingoes are truly an early offshoot of all modern dog breeds, between the wolf and today's domesticated dogs," they write. Indeed, while most domesticated dogs are descended from animals that lived 14,000 to 29,000 years ago, scientists now know that dingos are believed to have arrived in Australia from 5,000 to 8,000 years ago.

That means that scientists have learned exactly where dingos fall on the canine family tree.

RELATED: New Guinea singing dogs, renowned for their ethereal howls, are no longer believed to be extinct

Unlike domesticated dogs, which evolved through artificial selection (by humans), the scientists' findings "suggest that distinct demographic and environmental conditions have shaped the dingo genome." Indeed, there are two types of dingos, desert and alpine, but they are still more closely related to each other than either dingo is to any type of domesticated dog. To determine the dingo's lineage, researchers compared its genome to those of basenjis, boxers, Great Danes, German shepherds and Labrador retrievers.

"The dingo genome's assembly, annotation, and comparative analyses show that it has diverged from domestic dog breeds," the authors concluded. They form a "monophyletic group," or a collection of animals with a common evolutionary ancestor that is believed to not be widely shared by other groups. In this sense, dingos are similar to Greenland wolves.

There are a number of reasons why this happened to dingos. For one thing, dingos were isolated from humans who practices selective breeding, allowing them to retain genetic similarities until the colonization of Australia resulted in a "recovery of genetic variation." Dingos also evolved to feed off of animals like the marsupials which are ubiquitous in Australia. Domesticated dogs, by contrast, evolved to eat the starch-rich diets that were common for canines who lived alongside humans during the Neolithic era. The agricultural revolution brought about high-fat diets, which again caused them to diverge in their evolution from dogs like dingos as they adapted to these diets.

Not all questions about the dingo have been answered, though.

This is not the first time that geneticists have transformed our understanding of humanity's best friend. In 2020, a different study published in Science revealed that sled dogs like Alaskan Malamutes, Greenland sledge dogs and Siberian Huskies are actually closer to 9,500 years old rather than 2,000 to 3,000 years old as previously thought. The genetics study also revealed that these dogs evolved to eat high-fat diets rather than the starchy and sugary diets of other domesticated dog breeds. These findings almost certainly reflect how important these dogs were to humans in those areas.

Another 2020 study, this one in Proceedings of the National Academy of Sciences, revealed that wild New Guinea Singing Dogs, which scientists had believed were extinct, still survive. Specifically, the scientists discovered that they were direct relatives of highland wild dogs. As it turned out, highland wild dogs possess a 72 percent genetic similarity with New Guinea Singing Dogs that are held in captivity.

"These dogs form a group with Dingos that appear to have separated from the ancestors of the average breed dog long before breeds were created," Dr. Heidi G. Parker, a co-author of the study who works at the Dog Genome Project for the National Human Genome Research Institute at the National Institutes of Health, told Salon by email at the time. "They may represent one of the earliest forms of dogs."