"We're trying to make people laugh. This is the opposite of violence," said the "Bullsh*t" host 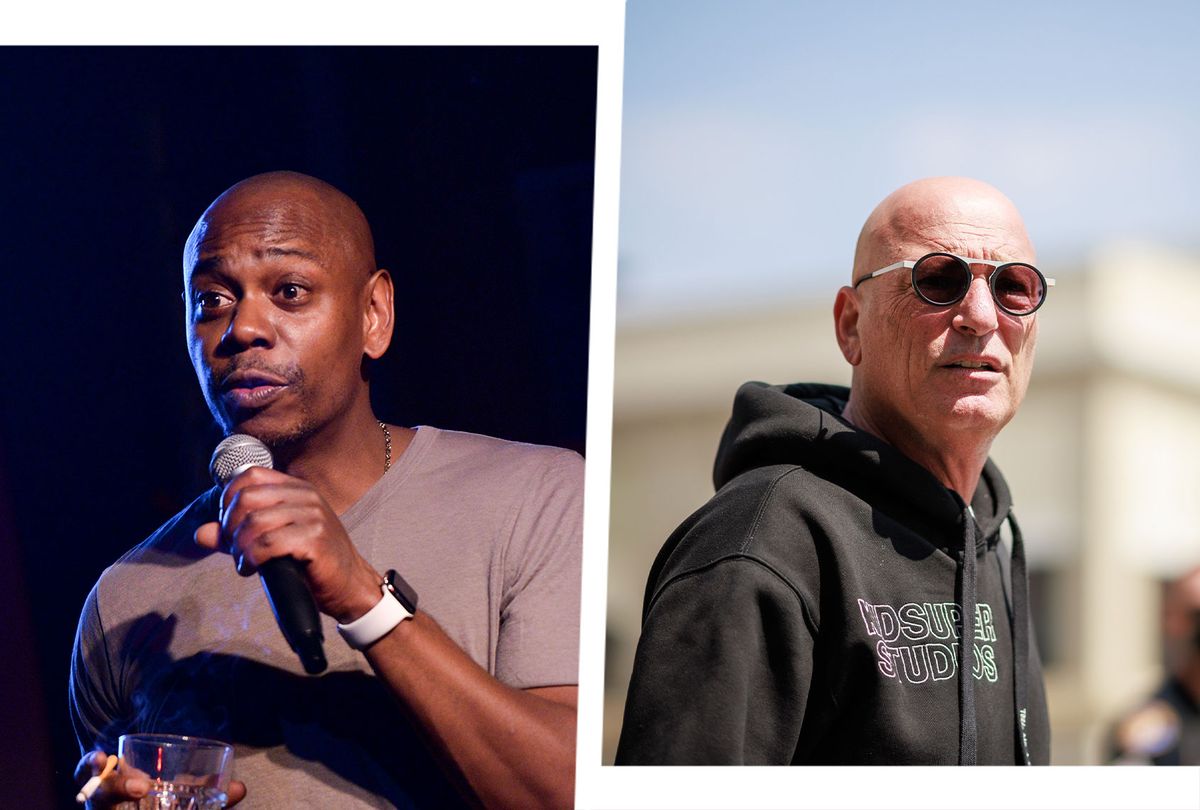 Following two incidents of comedians being attacked while performing onstage, Howie Mandel expressed his growing fear of taking the stand during live shows.

On Wednesday, the "Bullsh*t" host shared his concerns with "Extra's" Billy Bush in response to the recent attack on Dave Chappelle. During his comedy show at Hollywood Bowl, the controversial comedian was tackled by an audience member who was armed with a replica gun that could also discharge a knife blade. Chappelle did not suffer from any injuries.

"Watching what happened to Dave last night confirmed my fear," Mandel said. "I was watching it kind of live on Twitter and I turned to my wife and I said, 'I don't want to. I don't want to go on stage. I'm just really afraid.'"

He continued: "My biggest fear 40 years ago was not getting a laugh, was somebody not liking what I said, was maybe somebody being offended and confronting me outside going, 'You know that joke was really offensive.'

RELATED: Will Smith and the function of a slap – what it means for comedy and comedians

"Then cancel culture came along, and it was like, oh my God, if somebody doesn't like your joke or you overstepped the line, you could lose your career," he added.

Mandel also referenced a similar incident that took place at the Academy Awards back in March, when Will Smith slapped Chris Rock after the comedian made a joke about the "King Richard" actor's wife, Jada Pinkett Smith.

"And then, after the Academy Awards, I said violence triggers violence," Mandel said of the infamous Slap. "And this is one step that kind of opens the door and triggers somebody, that if they don't like what you're saying or are offended by what you're saying . . .now it's kind of OK because it's been done to be violent."

"And that's what my fear was."

The "America's Got Talent" judge said he wasn't able to sleep for two nights after the Oscars showdown. He also described himself as a "guy who lives with worry anyway" and disclosed his own mental health struggles with obsessive compulsive disorder and depression.

"We're trying to make people laugh," Mandel said of comedians. "This is the opposite of violence.

"Anybody who is jumping onstage hitting somebody, anybody who is pulling a gun out in public, anyone who is violent in public," he stated, "I promise you there are red flags before that moment, and those red flags are not being taken care of."

Amid an ongoing investigation into the Chappelle attack, Netflix also expressed their support for creators and condemned violence.

"We care deeply about the safety of creators and we strongly defend the right of stand-up comedians to perform on stage without fear of violence," a spokesperson for the streaming giant told Variety.