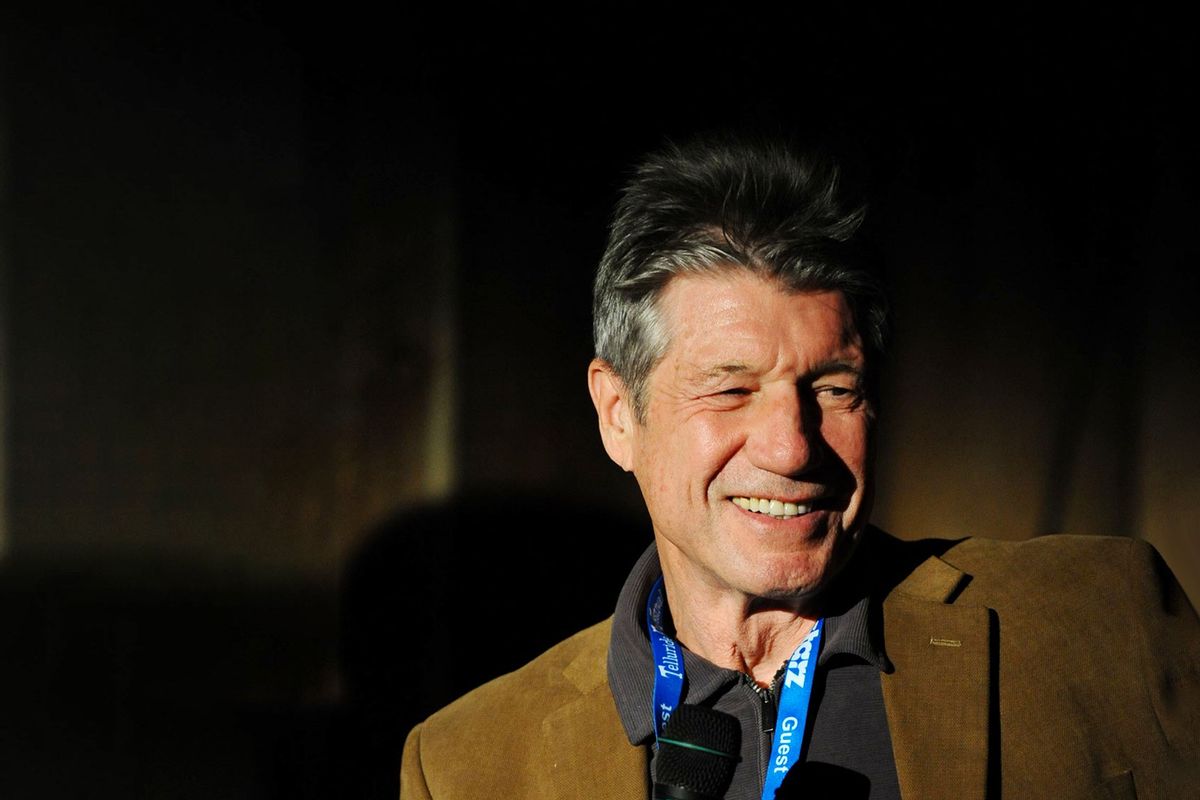 In my first glimpse of Fred Ward, he was snoring, sleeping it off in a dusty sleeping bag in the back of a truck in the 1990 film "Tremors." After his friend and fellow handyman Valentine "Val" (Kevin Bacon) decides to wake him roughly by pretending a stampede is approaching in the Nevada wilderness, Ward snake crawls out of the truck, landing in the dirt. Still in the sleeping bag, he lifts his head up to reveal an unmistakable expression: one eye squinted, his mouth open in a Popeye snarl.

Ward was a leading man who often played the sidekick. He died on May 8 at the age of 79, as reported by his publicist Ron Hofmann. No cause of death has yet been given.

RELATED: The baptism of Nic Cage in the bloodbath of "Mandy," one of the actor's most underappeciated roles

As NPR wrote, Ward "brought gentlemanly gruffness to films." He was handsome enough to be the star, but frequently played second fiddle to stars like Bacon, Leslie Nielsen and Clint Eastwood, who headlined the film in which Ward got his first big break, 1979's "Escape from Alcatraz." Ward first started acting in Europe, dubbing Italian films. He had served several years in the U.S. Air Force, and then studied acting at Herbert Berghof's Studio in New York.

Ward was also a former boxer who had his nose broken multiple times in the ring. His tough but gentle mannerisms, combined with, as IMDb writes, "[His] looks often saw him cast as law enforcement or military characters." His publicist described his career choices as "unpredictable."

In "Tremors," older (but not grumpier) than Bacon's Val, Ward's character Earl repeats his tall tales, yet also keeps track of the two's agenda: "Here it is Monday, and I'm already thinking of Wednesday." Ever the philosopher handyman, "I ask you, is this a job for intelligent men?" he questions Val as the two attempt to fix a barbed wire fence. He dreams of "real employment" and when the duo literally run into an attractive seismology student, Earl steps aside, allowing Val to become the hero of the film and get the girl.

This didn't make a whole lot of sense to me as a young viewer of the film, not understanding stars and star billing. Earl was smarter than Val, Ward more attractive than Bacon in his mullet phase and unlike Val who dismisses the grad student initially because she's not the bombshell of his dreams (and collaged on the back of his driver's mirror), Earl is continually kind to her. And to everyone.

Kindness is the main takeaway from a lot of Ward's performances, even when he's kicking ass and taking names in one of his many action roles (he was named one of the 10 Top Action Film Stars by Action Film Magazine in 1990). There's heart beneath his grit, a trustfulness and intelligence behind his sly grin. He made Henry Miller not seem like a creep but joyful and loving in "Henry & June," gave an astronaut vulnerability in "The Right Stuff."

But I'll always remember him as Earl.

"Tremors" was one of my favorite films from childhood, a creature feature exciting enough to keep my horror-loving heart enthralled but relatively tame enough to screen for my less-bloodthirsty friends at sleepovers. There are curse words, but despite the monster that starts killing townspeople, not much gore. It's the film I've probably re-watched the most, after Jim Henson's "Labyrinth."

Earl chastises Val for being shallow when it comes to love, but his character is nothing if not loyal and he will stand by Val come romantic relationships, new job or weird giant slugs that try to eat people. In "Tremors," as in so much of his work, Ward embodied the best buddy. You could count on him.

Born in San Diego in 1942, Ward leaves behind his wife of 27 years, Marie-France Ward and a son Django Ward.

Farewell Fred Ward, film's wingman and the best friend a star — or a starry-eyed kid — could hope for.