"The marketing is all about delivering jaw-dropping moments, which is exactly what the casting accomplished" 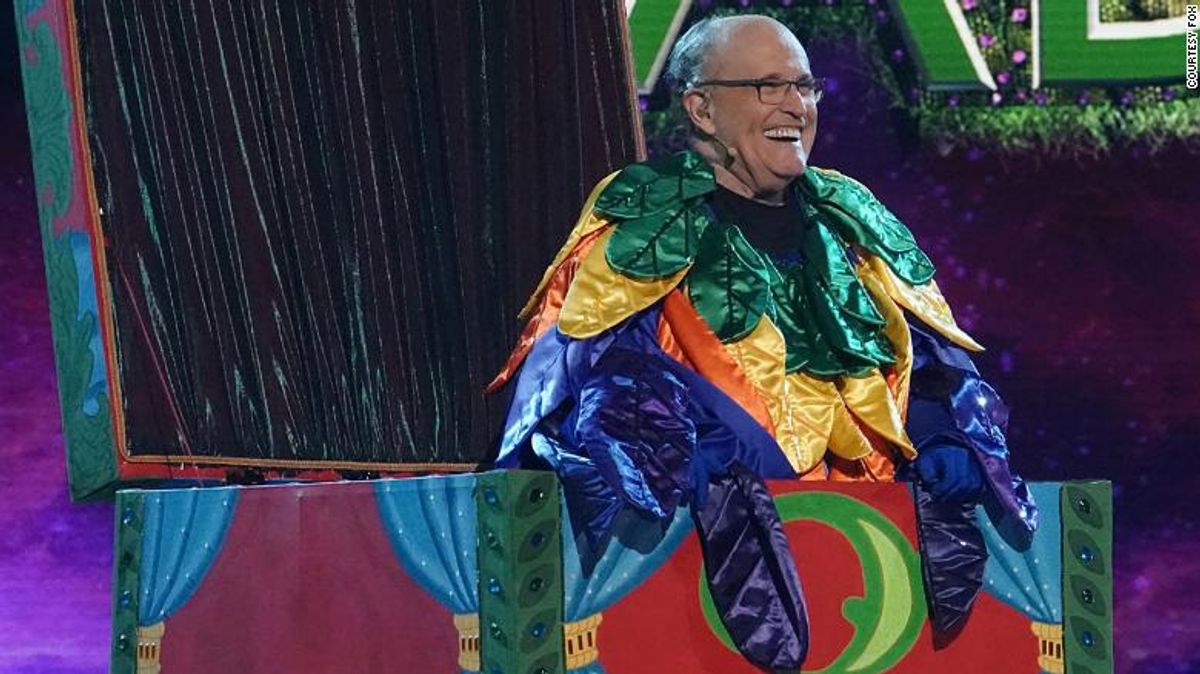 Despite controversy and low ratings and viewership, FOX execs are standing by their decision to cast Rudy Giuliani on "The Masked Singer," saying the broadcasting company has "absolutely no regrets."

According to Variety, the news was disclosed by Rob Wade, the president of alternative entertainment & specials at Fox Entertainment, during a conference call announcing the network's upcoming fall lineup.

RELATED: For the good of the nation, let's not normalize any Trump flunkies with primetime TV cameos

"Yeah, absolutely no regrets," Wade said. "The marketing is all about delivering jaw-dropping moments, which is exactly what the casting accomplished. And whether it was on set or with the viewers at home I suppose my only regret or surprise was obviously the reveal was spoiled [by the press], but kudos to you guys. Just please don't do it again. Thanks a lot."

Giuliani's appearance on the seventh episode this season was initially teased as "the biggest event in 'Masked Singer' history." The former Trump attorney was dressed as the Jack in the Box and sang an off-key rendition of "Bad to the Bone" by George Thorogood and the Destroyers.

His unveiling later prompted judges Ken Jeong and Robin Thicke to exit the stage, albeit briefly.

The episode, which aired on April 20, received a 0.6 demo rating and a total of 3.6 million total viewers, which was a newly recorded season low for "The Masked Singer." Giuliani's episode was also bested by several cable show competitors that share the same broadcast time, including CBS' "Survivor"  and NBC's "Chicago Med."

When Giuliani's cameo was first hinted at back in February, many media outlets and critics alike questioned the divisive stunt and the consequences it may have on the show's own future. As many pointed out, Giuliani — who is a proud, self-declared anti-masker — has also been embroiled in controversy, notably his involvement in helping overturn the 2020 presidential election and hosting a botched press conference.

According to Giuliani, his decision to be on "The Masked Singer" was to set an example for his granddaughter, Grace.

"I want her to know that you should try everything, even things that are completely unlike you and unlikely," Giuliani told the show's host, Nick Cannon. "I couldn't think of anything more unlike me and unlikely than this. And I enjoy the show, I have for years, and it just seemed like it would be fun. I don't get to have a lot of fun."