Who is Teal Swan, the controversial spiritualist or scammer in “The Deep End”? 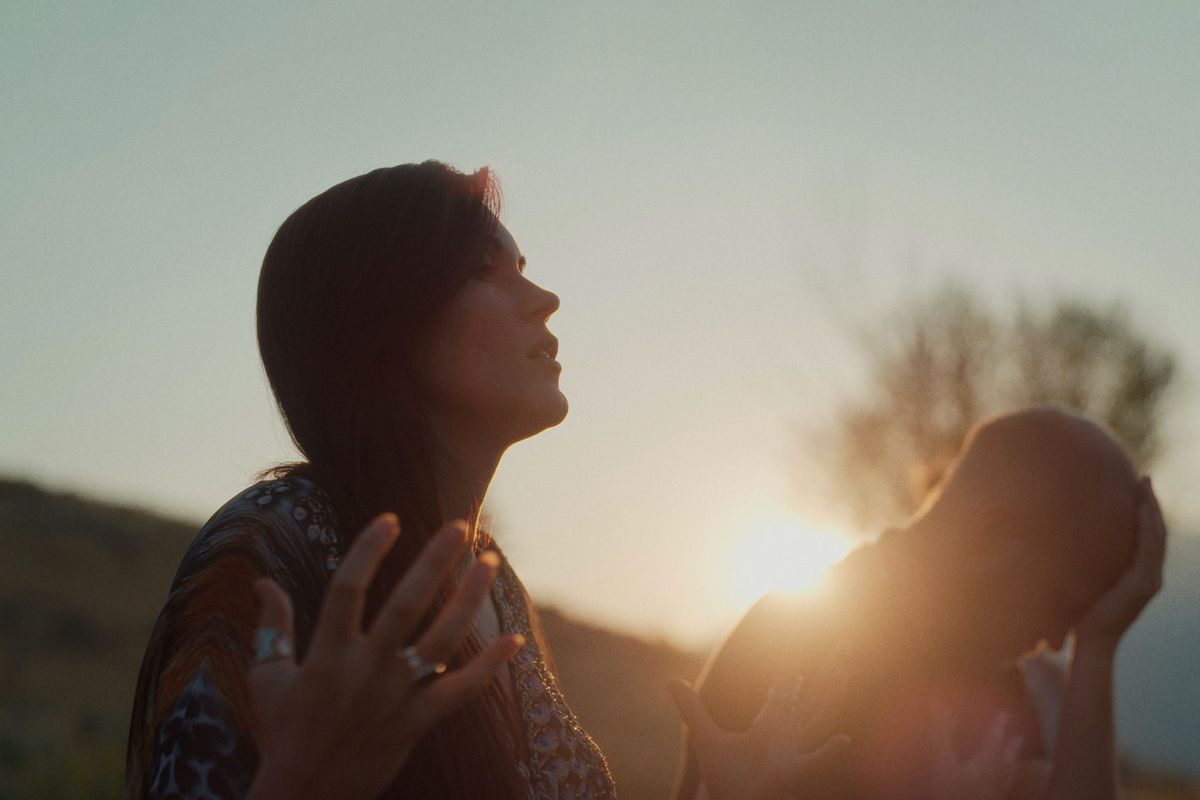 Teal Swan claims she's not a cult leader, but a quick look at the spiritual teacher's controversial preachings and large-scale following raises questions.

Swan's tale, which was highlighted in the 2017 documentary "Open Shadow: The Story of Teal Swan," is now being revisited in the four-part docuseries, "The Deep End," airing on Freeform and Hulu. In the first episode, titled "The Misfit Toys," we learn about Swan's "Teal Tribe" — an intimate community of her ardent fans — and her self-exploration and self-restoration program called the Completion Process.

According to Swan, spirituality was a discipline she initially had no interest in pursuing as a career. But over time, the self-declared clairvoyant joined the likes of Deepak Chopra and Jagadish "Jaggi" Vasudev, aka Sadhguru, after advocating for an array of eyebrow-raising homilies all in the name of "healing."

RELATED: Teal Swan, a glam guru for the YouTube Age with controversial views on death

Swan describes herself as an individual who "travels the world teaching people the truth of the universe, helping people to see the truth of themselves, and teaching them how to transform their emotional, mental, physical, and spiritual pain." But a closer look at her mental health advice proves to be more troubling in nature. For years, she has profited off of glorifying death, oftentimes going so far as to encourage suicide, which she says is "our safety net or our reset button that's always available to us."

So much of Swan's practices still remain a mystery. "The Deep End" strives to make sense of her methodology and acclaim through features of Swan's followers, business partners and a former fling.

From Swan's otherworldly beginnings to her established community or "tribe," here's a closer look at the spiritualist who continues to make a living off of scamming vulnerable individuals:

Who is Teal Swan?

The 37-year-old spiritual teacher also describes herself as a "personal transformation revolutionary" and "spiritual catalyst." In the documentary, Swan says her journey with spirituality and healing began during childhood, when she realized she didn't quite "fit in" at home or at school. She also suffered from hypersensitivity while growing up and claimed to have clairvoyance abilities – knowing information through ESP – including "clairsentience," being able to perceive that which is not perceivable, and "clairaudience," hearing what is inaudibe.

Her capabilities supposedly further ostracized her from loved ones and placed her at the forefront of abuse and sexual violence. From the age of 6 onward, Swan says she was abused, raped, drugged and psychologically tortured by a family friend who promised to help "cure" her. She later told HuffPost that she was also inducted into two separate satanic cults, where she participated in religious blood sacrifices and rituals.

"When I was 12, I was placed on a metal table in a veterinary office after hours. The cult trainer of the group had black mesh over his face," Swan said. "He hooked me up to electrodes, placing gel under each one and used an old projector to project images of dead animal carcasses onto the wall in front of me. Every time he would change the slide on the projector screen, he would shock me. He kept saying 'Look what you did,' over and over, trying to suggest that I had killed all of those animals."

As a teenager, Swan attempted to take her own life and was sent to see a psychiatrist, whose techniques, she claimed, did not work. Swan successfully escaped both cults at the age of 19 and spoke out about the longstanding abuse she endured.

Fast-forward a few years later, Swan launched her YouTube channel and began uploading videos on self-help, mental health, manifestations and other self-development topics. She also authored six books and organized an array of events, from live speeches to personalized self-love courses (which are priced at a whopping $400).

A great indicator of Swan's vast success is her millions of fans and followers, all of whom make up the "Teal Tribe."

Per the community's Facebook group page, Swan's Teal Tribe is "a network of people around the globe focused on positive change in how we live together and interact with one another." The group also describes itself as "a collection of people focused on Emotional Healing, Support, Authentic Communication and people thriving together in a community."

The group has an international page along with location-specific pages for Swan's followers in Germany, Prague, Scandinavia, France and the United Kingdom, just to name a few.

Swan's worshippers are also showcased in the documentary and as a whole, entirely embrace her influence and profound words of wisdom.

"I feel like she's Jesus," says one starstruck follower. Another states that it's Swan's "mission to heal us all."

"What it boils down to is that I'm teaching truth. I'm the one that'll tell you how it is whether or not you're able to handle it," Swan herself explains. "I lack the capacity to stand on the stage and be like, 'This is wonderful, just soak up the good vibes!' when I'm like, 'You are literally in a chain of addiction right now. But if you come to me, you will watch transformation take place.'"

"The Deep End" airs Wednesdays on Freeform and next day on Hulu. Watch the trailer for the docuseries, via YouTube: