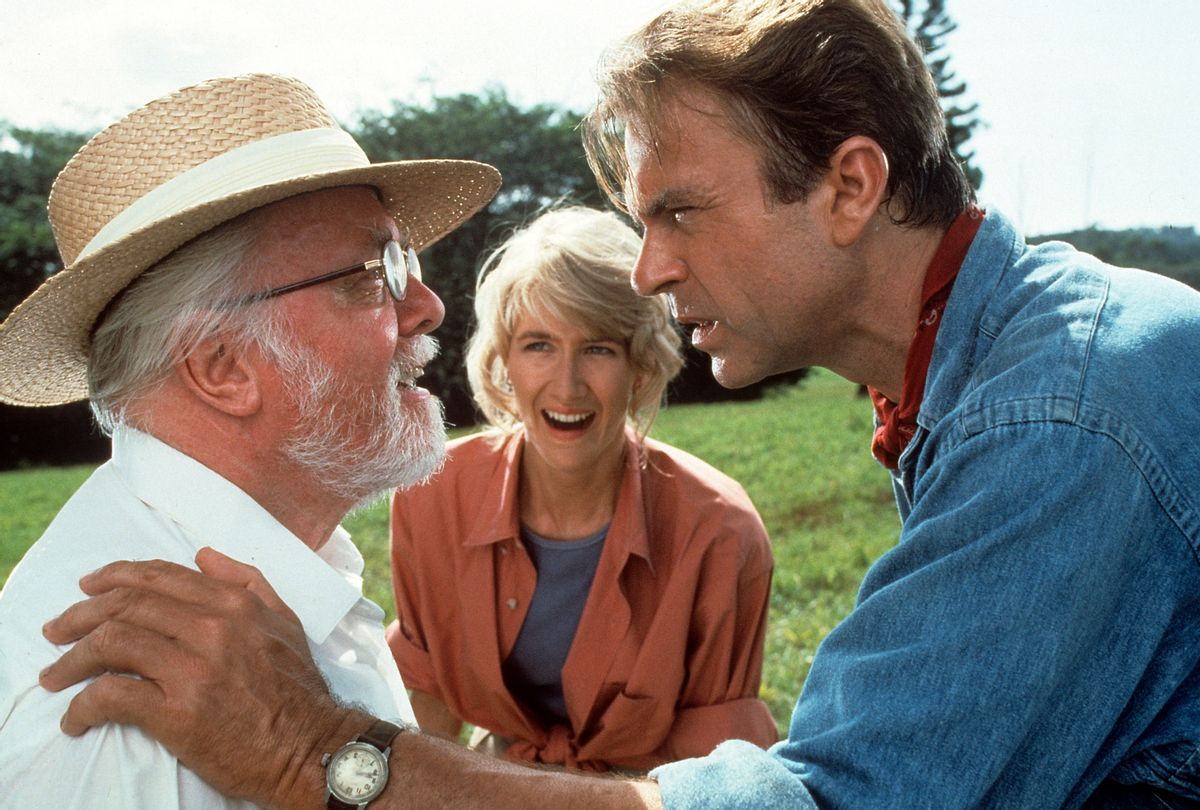 When the trailer for the 2020 horror film "You Should Have Left" was released, many people were confused. Kevin Bacon and Amanda Seyfried were the leads – but what was their relationship, exactly? Was Seyfried the daughter of the nearly three decades-older Bacon? The babysitter, certainly. Nope, in the film they were together. Together-together.

The movie at least made the wide age difference part of the storyline: a second marriage and later in life parenthood for Bacon's character and distrust between the couple worsened by their generational divide.

It's a tale as old as time, having old men play the love interest of women young enough to be their daughters. In some cases, granddaughters. In my family's favorite "White Christmas," Rosemary Clooney was 26 when she played opposite 51-year-old Bing Crosby. Fred Astaire was 30 years older than Audrey Hepburn in "Funny Face."

And in "Jurassic Park," Laura Dern was only 23 when she first played Ellie Sattler. Sam Neill as Alan Grant, the film's hero and Ellie's love interest, was 20 years older.

RELATED: "A paleontologist explains why bringing back dinosaurs is a really bad idea"

Dern and Neill brought up the age difference between their beloved characters in an interview with The Sunday Times. The two are returning to a world with dinosaurs in this summer's "Jurassic World: Dominion."

A yawning age difference usually wasn't part of the storyline of these films. It just was, a fact of life.

In the first "Jurassic" film, Dern's Ellie was a paleobotanist. This confused me, because even as a kid watching I knew she'd have to have serious schooling and she didn't appear old enough to hold a PhD already. She must have been a grad student, I reasoned (perhaps as she was in Michael Crichton's book) and Alan, a paleontologist who looks notably older than Ellie in the film, one of her professors or former professors.

That was a dynamic that unfortunately made sense to me. After all, I'd seen it in everything from "The X-Files" to "Gilmore Girls." In so many shows, the woman of a couple has youth, intelligence and beauty. The man has . . . well, age? And sometimes the power that can come along with that?

In the interview, Dern and Neill both question the age difference of their characters. "Laura was a tender age," Neill said, but acknowledges he didn't consider the ramifications of being paired with her romantically in "Jurassic Park" until he stumbled onto a magazine including their characters in an article headlined "Old geezers and gals." (Jeff Goldblum, whose character Ian Malcolm also expresses interest in Ellie, wasn't much younger than Neill.) 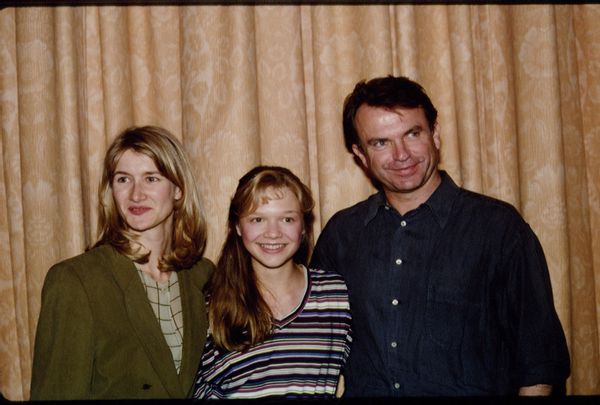 This was a time of films like "Entrapment" (1999) with a 39-year age difference between romantic leads Catherine Zeta-Jones and Sean Connery. Anne Heche was the 29-year-old love interest of 55-year-old Harrison Ford in 1998's "Six Days, Seven Nights." In "A Perfect Murder," out that same year, Michael Douglas was nearly three decades older than his romantic interest, Gwyneth Paltrow.

A yawning age difference usually wasn't part of the storyline of these films. It just was, a fact of life in the '90s. Britney Spears was vilified for existing, the tabloids made money off Tara Reid, and in films and on TV, men were old and women were young, because older women didn't exist in Hollywood.

People love who they love, but you cannot ignore the implications of power and inequality in a story pairing a senior citizen with a very young woman.

As The Washington Post wrote in an article examining gender imbalance and age among actors: "While male actors can enjoy rich careers that last well into their 40s and 50s, female actors are often treated like they have an expiration date… past age 40, men claim 80 percent of the leading roles, while women only get 20 percent."

Though Ellie and Alan had obvious decades between them, that difference was not remarked upon, explained or accounted for in "Jurassic Park" As Dern said, "It felt completely appropriate to fall in love with Sam Neill." She admitted: "It was only now, when we returned in a moment of cultural awareness about the patriarchy, that I was, like, 'Wow! We're not the same age?' "

There's a lot we didn't used to question.

In 1997's "As Good as It Gets," Helen Hunt was 34 when she fell for 60-year-old Jack Nicholson's cranky character. But by 2003's "Lost in Translation," then 17-year-old Scarlett Johansson falling for 51-year-old Billy Murray felt weird, at best. A friendship, certainly, bloomed between the two, an intense connection. But a romance with more than 30 years separating them?

The generational divide between such mismatched characters, and all that encompasses, including power, cannot be denied. Of course, people love who they love, but you cannot ignore the implications of society, worth and inequality in a story pairing a senior citizen with a very young woman.

In promotion, "You Should Have Left" had to make it clear that the obvious age gap was part of the storyline (and part of the reason for the characters' marital problems). One wonders if "Jurassic Park: Dominion" will look back in any reflective way on the characters' romantic journeys (Ellie married someone else, after all) and try to explain what happened between Ellie and Grant, why it happened.

We won't just accept anymore without comment that a woman is romantically paired with a man three decades her senior, and we shouldn't. Not only does this ignore the wealth of female actors in their 40s and beyond, it fails to comment on an unequal and antiquated power structure that is showing its age.