Assimilate us, "Westworld": With humanity this horrible – onscreen and off – just let the robots win

Viewing HBO's new season from one of the hardest weeks in modern history, why not hand the world over to the hosts? 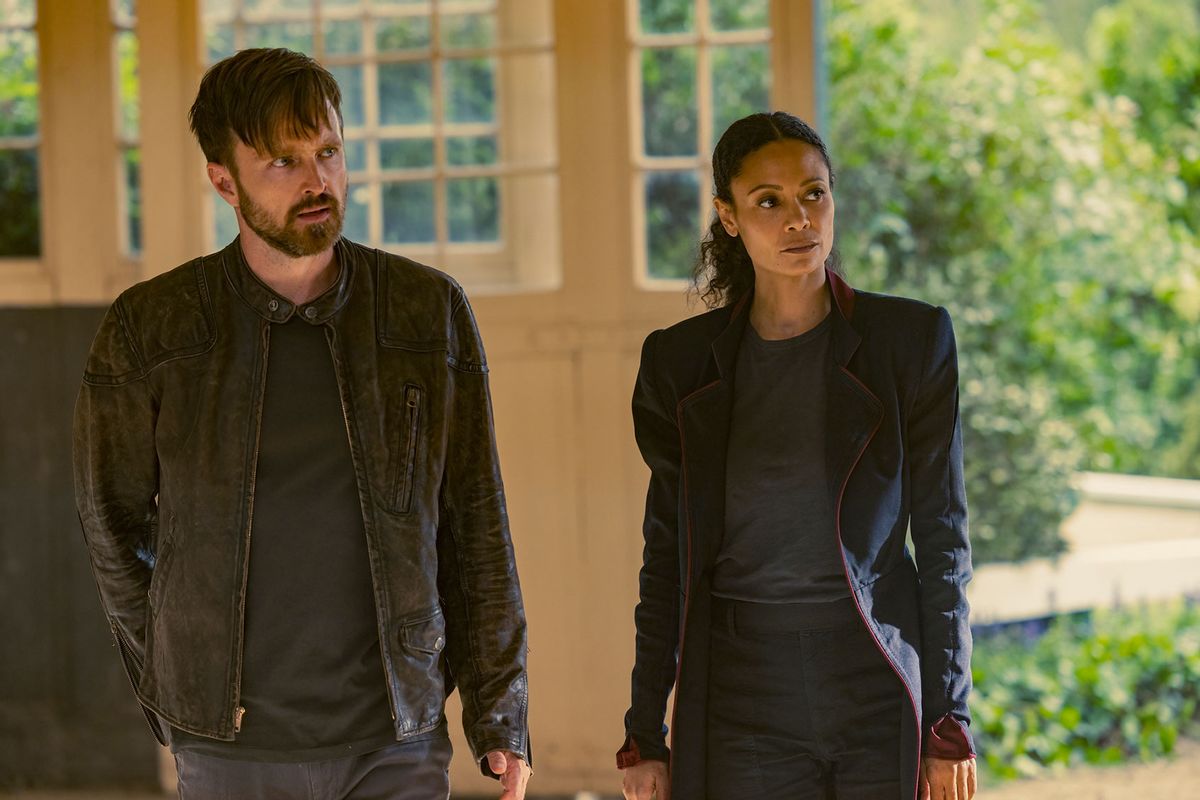 Every fresh season of "Westworld" brings more opportunities for Jonathan Nolan and Lisa Joy to make old tricks new again. That's more apparent in this fourth season, where every character finds themselves recycling loops they've traveled many times, along with the audience, reminding them of how fleeting progress can be.

Returning to the show's chilly, elegant dystopia as our country pulsates with red rage over elimination of abortion rights also changes the lens through which one might view the story. If you're anxious or despairing, as so many of us are, a character coded to be this season's villain might not seem so terrible.

They are not Team Humanity, understand. Their aim is to supplant us with sentient android hosts, and their tactics are frighteningly efficient, heartless. We should pull for their demise. Then they explain what's driving them.

"You and your associates created a world and ruled it absolutely, controlled our every move. And now, I'm going to do the same to you," they say, adding, "It would be pointless to bring children into a world where they will be consumed by jackals. I had to make sure that they'd be safe."

This probably isn't the intended takeaway from the first four new episodes since 2020, but yeah, I understand. As dystopian as the "Westworld" society is, how much worse is it than what we're sliding into now?

In case you've forgotten – and why wouldn't you, since forgetting is a national pastime? – this is a story that began with showing its main protagonists, Maeve (Thandiwe Newton) and Dolores (Evan Rachel Wood) being brutalized over and over, only to be rebooted and returned to their stations to be hunted, murdered and raped by new sadists.

In the terrible light of all that, watching Wood's Dolores upgrade into a vengeful Terminatrix and Maeve's escapades with her unlocked God-level controls, katana and a madam's wit is thrilling. "Westworld" may have shed a few of its I.Q. points over the years, but it's still a decent shoot-em-up that gives us women fighting back and winning.

If you recall, Season 3 coincided with the pandemic's arrival and ended a few weeks before George Floyd's murder, and long before anti-vaccination hysteria became a regular fixture in our lives.

The near-future of "Westworld" maintains its fidelity to a vision divorced from current events, but nobody skated through the experience of this pandemic and its accompanying social and political fallout unscathed. The fourth season proves this, with its writers drawing both material and figurative inspiration from the last two years' largest destabilizing forces, starting with how easily the human mind can be infected with self-destructive ideas.

Siri, what's that old cliché about absence and the heart? Well, distance is a different matter.

Or through Delos Inc. executives explaining, "We aren't revisiting the past, we're recreating it."

Or by way of a character musing, "That's the thing about this world – some of the most unbelievable things turn out to be true, and the things that feel the most real are nothing but stories we tell ourselves."

Siri, what's that old cliché about absence and the heart? Well, distance is a different matter. Distance can be murder on relationships, as you may find when you reenter "Westworld" after two years of being away from it.

Like humanity itself, as the reach and scope of "Westworld" increased, its storytelling ambitions thinned. With each new season the character development wanes further, and metaphors lose more of their creative veiling. That hasn't stopped it from being a good time, but it has dumbed down substantially from its auspicious start to what it is now: a puzzle show challenge rated for toddlers.

Where the third season mimicked action flicks, the new season arranges itself into three different movie plots running in tandem. A few years after the society-crumbling chaos in the third season finale, we find Caleb (Aaron Paul) and Maeve comfortable in their separate lives. Caleb has a daughter, Maeve has sweet isolation, peace and quiet.  But there is ugliness in this world that brings them back together for . . . reasons. 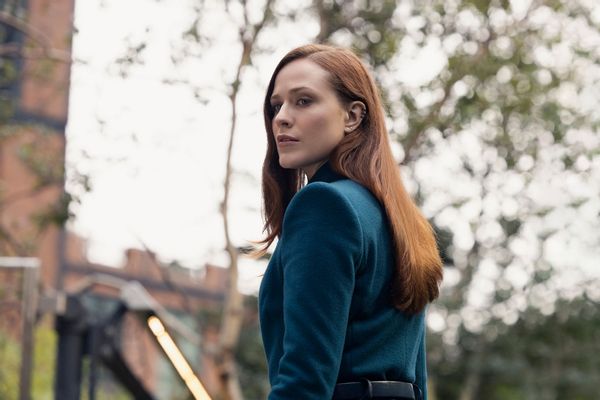 Elsewhere, since the Dolores we once knew is no more, we meet Wood's new character, a writer named Christina who's also a romantic in the vein of first-season Dolores, minus the dreaminess.

Whatever fighting spirit burned in Dolores has been replaced in Christina by a low-grade apathy; she's unhappy at her job and reluctant to dip a toe in the dating vortex. Christina also has the suspicion she's being watched and stalked on her phone for reasons she can't explain. She knows something isn't right, but she isn't sure what to do about it.

Magnetic as Wood may be, her new plotline drags. Charlotte Hale (Tessa Thompson) and the fiendishness she busies herself with are the cure for that. Charlotte is simply Old Testament Dolores in a new skin, still gunning for William, the Man in Black (Ed Harris) – along with the return of Bernard (Jeffrey Wright) from the android afterlife known as "The Sublime."

Like Moses coming down from the mountain, Bernard holds new directives, and an uncanny level of prescience, and hauls Stubbs (Luke Hemsworth) along for a buddy-action complement to Caleb and Maeve's espionage plot, which mainly involves them slicing through a new maze of nefarious [spoilers].

Specificity is the ruin of "Westworld" in write-ups like this one, particularly in a season reliant on twists that the trained observer will probably see coming. One misses the way earlier iterations of the "Westworld" operating system kept us guessing. Now that we know how the show works, it's easy to bird-dog the secrets hiding in plain sight.

The performances are what keep us hooked to "Westworld" despite the circular nature of its adventures, such as the weary certainty Wright brings to Bernard, the most human and humane of the hosts. Wright's bearing is the able ballast steadying an otherwise wobbly subplot. 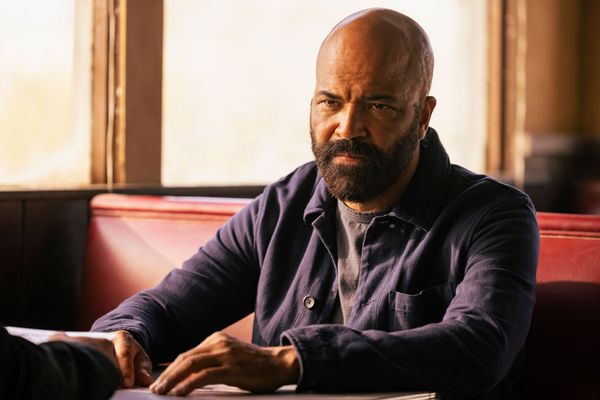 Like him, Newton's whip-smart energy ensures Maeve will always be watchable; there's an imitable way that she cocks her hip in the face of fear that quickens the pulse. Pairing her with Paul, who brings a hardened soulfulness to Caleb, freights their adventure with palpable tautness. Regardless of the slack in other plotlines, their propulsive force is sufficient reason to stick around and see where this season is going.

Eventually we settle into nightmare realities and learn to navigate them, if not live with them uncomfortably. Another show launched with a terrifying quote that gets to the heart of this, but "Westworld" fine-tunes it by literalizing how easily we accept falsehoods as real.

But it also holds hope that even the worst of us can change. Originally, Dolores' motivations weren't altruistic, remember? She broke out of Westworld to take over and rid the world of human barbarity. But her time with Caleb made her realize that all of humankind wasn't causing the problem. That fault lies with overlords who believe their wealth gives them the right to control everyone else.

The cure for what ails us, Dolores realizes, is choice. Let that sink in.

After that, Alexa, assimilate me. That maybe the only path to logic and serenity in this reality.